Critics of the Iranian nuclear deal held a conference to voice their opposition, but many opponents ran with the theme to air concerns of their own. 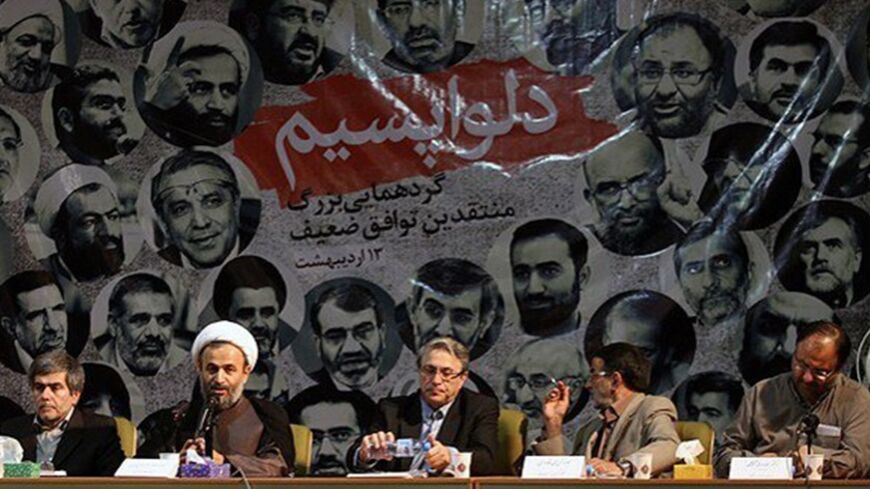 Iranian critics of the interim nuclear deal held a conference May 3 called “We’re Worried.” The conference brought together conservative members of parliament, prominent political figures and the former head of Iran’s Atomic Energy Organization to discuss why they believe Iran signed a bad deal. Shortly after, however, Iranians began posting their own comments and pictures online with the words “We’re Worried,” voicing their own concerns about the direction of the country.

Hard-line websites in Iran hailed the conference as a success. Raja News praised the conference for bringing together various conservative groups with shared concerns but a “difference of tactics.” In attendance were some of the most vocal critics of the administration and the nuclear deal.

“I do not think smiling is right for someone who has weakened our national interests,” said Fereydoon Abbasi, the former head of Iran’s Atomic Energy Organization, in an indirect attack on Iran’s foreign minister and chief nuclear negotiator, Mohammad Javad Zarif. Abbasi criticized the administration for not cooperating with the “elite” of the country before signing the interim deal. He called former nuclear negotiator Saeed Jalili’s negotiations “heroic” for “taking into consideration all of Iran’s national interests.”

Conservative members of parliament including Seyed Mohamad Nabavian, Ruhollah Hosseinian, Hamid Rasaei, Mehdi Koochakzadeh, Ismaeil Kowsari and Alireza Zakani were in attendance. Hard-line cleric Alireza Panahani and officials from former President Mahmoud Ahmadinejad’s administration were present either in person or in pictures on the posters of the conference. Many in the crowd held posters with critical comments against the administration or pictures of Iran's assassinated nuclear scientists.

Supreme Leader Ayatollah Ali Khamenei has expressed his support for conducting the negotiations with the United Nations Security Council. However, President Hassan Rouhani’s administration has been very tight lipped about the details of the deal, drawing the ire of conservatives.

Reformist newspapers dismissed the conference as unimportant. Ghanoon, using the conference's own terminology, called it a “weak” gathering. Arman Daily reported, “Once again, Ahmadinejad’s supporters, who say they have no plan for the elections or a return to power, held a conference and invited supporters of the former president.”

Iran Newspaper, which is associated with the administration, ran the headline “The destruction of Geneva at the conference of the worried.” Ensaf News, in a critical and somewhat mocking take, remarked that those opposed to the nuclear deal in Iran “have concerns similar to those of the prime minister of the Zionist regime, Benjamin Netanyahu.”

Iranians on social media posted “We’re Worried” with issues that concern them. Supporters of the Green Movement created a Facebook page that also borrowed from the “We’re Worried” theme. The page’s banner reads, “We’re worried for: the future of Iran and the people, the freedom of those in prison and the health of Mir Hussein [Mousavi], [Zahra] Rahnavard and [Mehdi] Karroubi.” 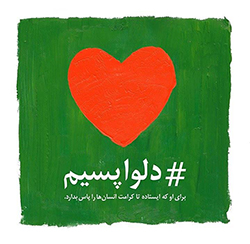 A poster made by supporters of Mir Hussein Mousavi. Reads: #We'reWorried for him who stood up to safeguard human dignity.

Others simply wrote “We’re Worried” on their Facebook posts accompanied with pictures of Mousavi, who has been under house arrest 2011 for contesting the 2009 elections and was recently in the hospital with heart trouble. Many others used the “We’re Worried” theme to address other social issues, such as education and poverty.