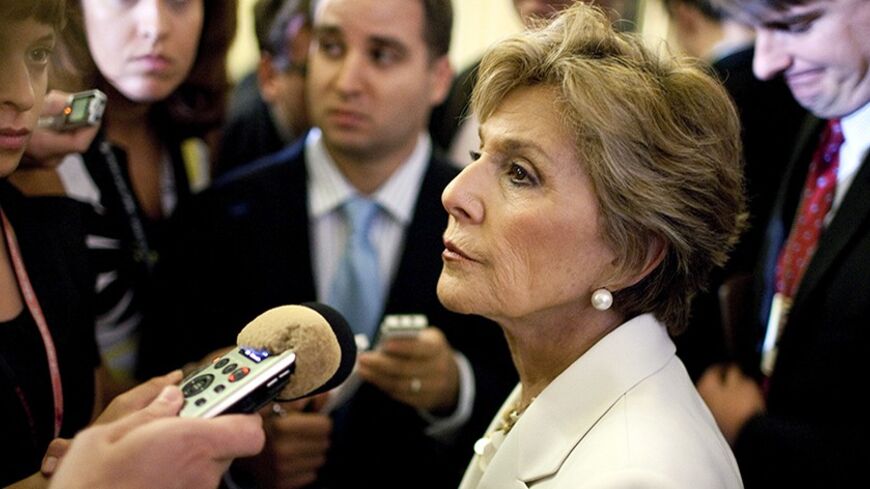 Sen. Barbara Boxer, D-Calif., said she pulled her US-Israel Strategic Partnership Act from consideration by the Senate Foreign Relations Committee to avoid a vote on an Iran amendment by the committee's ranking member, Sen. Bob Corker, R-Tenn. The bill notably encourages the administration to allow Israel into the visa-waiver program, allows for the continued transfer of surplus weapons and ammunition and authorizes the president to provide assistance for cooperation in the fields of energy, water, homeland security, agriculture and alternative fuel technologies.

Corker's amendment would have required the Obama administration to share any final deal with Iran with lawmakers and allowed Congress to hold hearings and vote on a non-binding "joint resolution of disapproval" on a nuclear deal, if one can be achieved.

"I pulled it down because of the Iran amendment," Boxer told Al-Monitor. "I didn't think it should get mired in this. This is about a bilateral relationship with Israel."

Instead, she vowed to try to "hotline" the bill for unanimous approval by the Senate. Any Republican could object and force a vote requiring a 60-vote majority, but the bill already has 62 co-sponsors and Republicans may be reluctant to vote against pro-Israel legislation.

Boxer argued that Congress will have a say on Iran regardless because lawmakers would have to vote to lift sanctions.

Corker disagreed, pointing out that the administration may have enough waiver authority to lift sanctions on its own. In any case, he added, his Iran amendment is squarely about Israel's security.

"I thought it was the perfect place for us, since that's the No. 1 issue that my friends in Israel, anyway, care about," Corker told Al-Monitor. "It just seems to me that if you're going to have a bill that's speaking to real policy, then this would be part of it."

He said he only talked to Boxer about his amendment, but a spokesman for Senate Foreign Relations Committee Chairman Robert Menendez, D-N.J., made it clear Menendez opposed voting on the Iran amendment in committee as well.

The move is but the latest effort by Democrats to avoid a vote that has left them torn between the pro-Israel lobby and the Obama administration. The American Israel Public Affairs Committee (AIPAC) has come out in support of the Corker amendment, while the administration is warning lawmakers that any legislation action — whether passing new sanctions or simply expressing congressional disapproval — could scuttle ongoing international nuclear talks.

A senior administration official told Al-Monitor in an email, "We are absolutely opposed to this amendment, and any similar amendments that are intended to limit the President’s authority and ability to negotiate with foreign countries. Such amendments would set a precedent that would severely compromise Presidents of both parties from conducting American foreign policy. We cannot have 535 negotiators for every negotiation with a foreign country."

Corker denied that the Iran votes aim to force Democrats to vote against the president or face the pro-Israel lobby's wrath. Rather, he said he'd be happy to approve the nuclear deal — potentially handing President Obama and his party a decisive foreign policy win right before the mid-term elections — if the deal is a good one.

Democrats are under pressure to take a stance on Iran, however.

A recent poll for The Israel Project by Democratic pollster Mark Mellman concluded that Americans, by 69% to 25%, believe Congress "should approve a final deal before sanctions are lifted." And Republicans have promised to find other avenues for a vote since Majority Leader Harry Reid, D-Nev., is holding up a bill authored by Menendez and Sen. Mark Kirk, R-Ill., that would trigger new sanctions on Iran if the country reneges on its commitments in last November's interim deal or fails to agree to a final agreement.