Saudi Arabia views Turkey's mix of democracy and Islam as a threat to its own regional role. 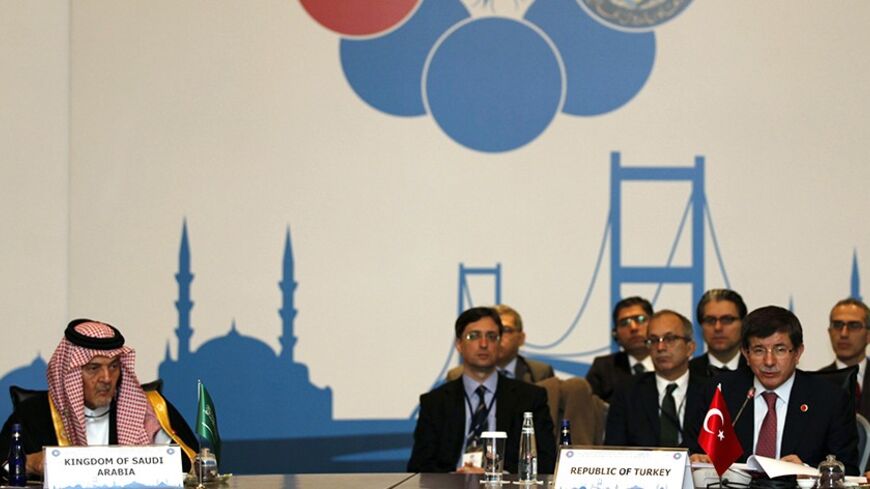 The current “cold war” in the Middle East has taken two forms. It involves the Shiite-Sunni war being fought in Iraq, Syria, Lebanon and the Gulf, as well as a parallel Sunni-Sunni conflict involving Turkey, Saudi Arabia and political Islamic forces to control and dominate the politics of Sunni Islam. Dominating the Sunni sphere requires controlling religious interpretation, especially that relating to political systems. In this regard, the model of Islamic democracy practiced in Turkey is considered a challenge to the political realm of Saudi religious theory.

While Justice and Development Party (AKP) government in Turkey believes that Islam and democracy are not mutually exclusive, and seeks to promote their compatibility among conservative Islamic movements in the Arab Middle East, Saudi Islamic rhetoric sees democracy as an encroachment on the fundamentals of religion. The rhetoric in the fatwas of Sheikh Saleh al-Fawzan, a member of the Council of Senior Scholars, is an example of this perspective.

Iran differs in that, as a result of the worsening situation in Iraq, it is now in complete control of the political Shiite sphere. This is a feat that none of its opponents can claim to have achieved, for neither Turkey nor Saudi Arabia nor an Islamist movement has been able to fully dominate the Sunni scene. In addition, given the differences among these actors' outlooks and their diverging assessments of the dangers at hand, agreement among the Sunni forces would appear difficult to achieve. Thus the most likely scenario seems to be conflict to resolve the issue of dominance of the Sunni sphere of influence, with Egypt and Syria serving as the primary battlefields.

Saudi Arabia’s designation of the Muslim Brotherhood as a terrorist organization is considered a manifestation of this intra-Sunni cold war, which, it seems, will not be short lived. Each party to the conflict will attempt to gain the hearts and minds of Sunni Muslims, drawing them to their own political agendas and religious authorities.

Recently adopted Saudi antiterror laws are in part an attempt to tighten control over the local Sunni community and narrow the room to maneuver for actors from other countries. Toward that end, Riyadh might also pressure regional Arab and Muslim organizations and bodies to adopt similar legislation in its quest to dominate the Sunni scene and weed out potential competitors, primarily the Muslim Brotherhood.

Victory in this war is a sensitive matter for Saudi Arabia, as a defeat of its political and religious projects by the democratic Islam or jihadist Islam models means undermining the basis of the Saudi regime among Muslims. Saudi Arabia's role as the Custodian of the Two Holy Mosques makes it a necessity that its religious rhetoric emerge the victor in the battle of ideas in the Muslim world.

In the context of the Sunni-Sunni cold war, Saudi Arabia and its allies base their agenda on the idea of restoring stability and development and promises of abundant funding made possible by oil riches. Meanwhile, the agenda of Turkey and its allies is predicated on combining democracy with development, while the jihadist factions' philosophy rejects the world order entirely.

Turkey's AKP government is considered the main sponsor and supporter of political Islamic movements in the region. Riyadh resents this, as it sees Islamist movements as a threat to regional stability. Even though Qatar backs Turkey in its support of Islamist movements, Qatar's actions do not bother the Saudis as much as Turkey's. In fact, the political stance of Qatar toward democracy is no different than that of Saudi Arabia. Democracy, Ottoman heritage and a powerful economic and political position all contribute to making Turkey, rather than Qatar, Saudi Arabia's main competitor in the Sunni political world.

The current Saudi-Turkish conflict is reminiscent of past relations between the Saudi kingdom and the Ottoman Empire. The conflict today, however, is not between Wahhabism and Sufism, but between Islamic Wahhabism and Islamic democracy. The conflict between these two camps reaches into all the countries of the Arab Spring, but it is particularly apparent in Egypt and Syria.

While Saudi Arabia issued a decision banning such symbols as the four-finger Rabia al-Adawiya sign, used to signal support for the Muslim Brotherhood in Egypt, the Turkish prime minister has been seen making this sign at public events. The Turkish ambassador to Jordan, Sedat Onal, annoyed Gulf states when he expressed his confusion about the Saudi decision to designate the Muslim Brotherhood a terrorist organization, according to the Jordanian daily Al-Arab al-Yawm.

Political Islamic movements in the Arab world such as the Muslim Brotherhood are now allies of Turkey, whereas in the past they had been associated with Saudi Arabia. For decades, the Muslim Brotherhood was a soft-power tool exploited by Saudi foreign policy in its cold war with the pan-Arab nationalist and Nasserite movements. The Muslim Brotherhood’s stance vis-à-vis the Iraqi invasion of Kuwait, however, sowed the seeds of mistrust between the two parties. The seeds grew when the Muslim Brotherhood-affiliated Sahwa (Awakening) movement ratcheted up its criticism of the Saudi government during the 1990s.

As the Arab Spring came to pass, with the Brotherhood ascending to power with Turkey’s support, whatever remained of the trust between the Brotherhood and the Saudis disappeared, sparking a cold war that may not end anytime soon, but with the Turkey of Recep Tayyip Erdogan at the forefront for now.