Obama should see Palestinian deal as next step in peace talks

Israel is not averse to dealing with Hamas on security issues, so why quit now? 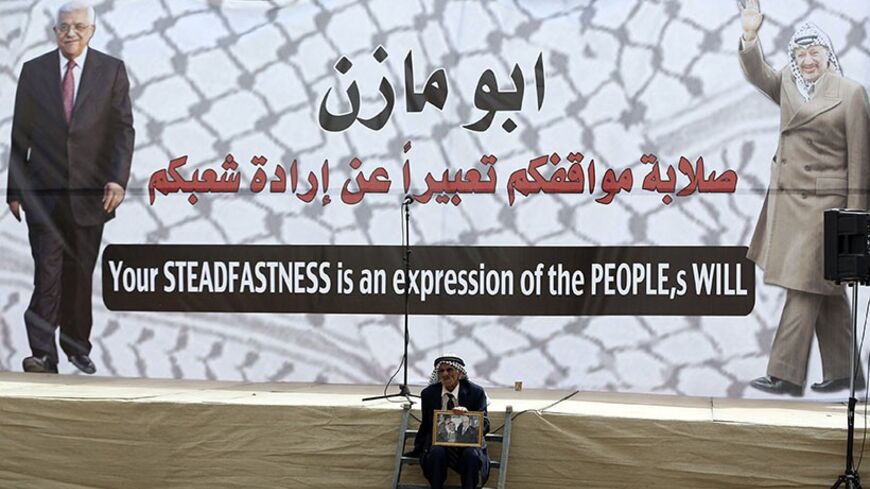 When US Secretary of State John Kerry announced last July that he would have a final status agreement in his pocket by April 29 it is a fair guess that he never imagined the administration of President Barack Obama would be faced with a cascading collapse of the key elements of its political and economic program. Yet, that is the sorry state of the diplomatic landscape today. Instead of an agreement between Israel and the Palestine Liberation Organization (PLO), there is the emerging prospect of Palestinian reconciliation — for years, the very last item on almost everyone’s to-do list. And rather than declare historic progress on the creation of two states, Kerry finds himself in the dock for using the A-word to describe Israel’s sorry future in the absence of such an agreement.

“A two-state solution will be clearly underscored as the only real alternative,” Kerry explained to a small audience of senior officials and experts from the United States, Western Europe, Russia and Japan, as reported by the Daily Beast. “Because a unitary state winds up either being an apartheid state with second-class citizens, or it ends up being a state that destroys the capacity of Israel to be a Jewish state. Once you put that frame in your mind, that reality, which is the bottom line, you understand how imperative it is to get to the two-state solution.”

Kerry did not need the frustrating experience of the past year to convince him of the imperative to reach an agreement on two states to forestall what has been a defining feature of Israel’s policy of occupation of the West Bank since its earliest days. Would that Kerry had begun his quest for an agreement last July not only with such a clear-minded objective but also with the intention to act as more than a vacillator in a process marked by debilitating suspicion and lack of good faith.

Setting out such a more aggressive, Clinton-parameters-type option before the Trilateral Commission, Kerry declared, “We have enough time to do any number of things, including the potential at some point in time that we will just put something out there: ‘Here it is, folks. This is what it looks like. Take it or leave it.’”

The policy shortcomings that have plagued the Obama administration were first revealed during the Hillary Clinton years at the State Department, when it famously shrank from its initial demand for a settlement freeze. It is difficult to envision any interest on the part of the Obama White House in adopting a more aggressive and sustained "Option B" now that Kerry’s effort has apparently run out of steam.

Kerry’s failure and the Israeli decisions made in its wake have left the push for Palestinian economic development headed by Tony Blair without a parachute. However, events on the ground could force Washington, despite its preferences, to pay close attention to the issue.

The on-again effort by Fatah and Hamas to lead a broad Palestinian reconciliation that would result in Hamas’ inclusion in PLO councils and the creation of a single Palestinian administration for the West Bank and Gaza offers the Obama administration one such opportunity to break out of its policy straightjacket.

Washington’s policy toward Hamas, designated as a Foreign Terror Organization, has long been governed by the demands that Hamas recognize Israel, renounce terror and commit to honor past agreements between Israel and the PLO.

The tentative prospect of Palestinian reconciliation, highlighted by the establishment of a technocratic government within five weeks and an agreement on a date for parliamentary and presidential elections within six months, offers Obama an unplanned opportunity to broadly rethink US opposition to talking with Hamas — one necessary step in the broader re-evaluation that Kerry mused about.

Washington could follow the trail blazed by Israel on this subject. After all, Israel, which insists that the United States remain committed to the Quartet principles that have precluded such a dialogue since Hamas’ victory at the polls in January 2006, has had a complex dialogue with Hamas’ leadership for decades. This wide-ranging interaction has been all but institutionalized since Hamas came to unchallenged power in Gaza in June 2007. The language and format of this engagement is unlike that which defines the Israel-PLO discussions, but it has arguably been more effective. Israel has not signed any agreement with the PLO for almost two decades — not since the Wye Agreement of 1996. But Israel and Hamas have established an effective if inherently unstable and often bloody engagement on a wide variety of issues relating to peace and war, addressing not only the everyday administration of the Gaza Strip but also trade and security, the exchange of prisoners and even a series of cease-fires. Israel, under three different prime minsters, has never let the Quartet principles get in the way.

Yet, when the latest reconciliation agreement was announced, the Obama administration’s inclination was to simply dust off the old ideas embodied in the Quartet demands, which, like the Bible, are apparently immune from criticism or revision. The principles were devised these many years ago not to be implemented but rather to preclude Hamas’ entry into polite company. Washington wanted to sanction the recently democratically elected Hamas movement, so it made demands that it was certain would be rejected. The Quartet principles became a straightjacket for US policy and that of the European Union.

Washington has always been far more comfortable in their embrace than the EU, many of whose representatives are anxious to take advantage of the opportunity offered by reconciliation. Today, given the chance to rethink, there are some who are prepared to see the glass as half full.

There is some interest in using the Quartet principles as a bridge rather than an obstacle to Hamas’ inclusion. Israeli Minister of Finance Yair Lapid, for example, suggested that his Yesh Atid Party "would have what to talk about" with Hamas if it accepted the Quartet's demands.

Obama’s senior Middle East adviser at the National Security Council, Philip Gordon, explained to members of the Conference of Presidents of Major Jewish Organizations that the White House believes that the reconciliation between Fatah and Hamas “isn’t necessarily a bad thing” if it enables President Mahmoud Abbas to reach a peace agreement that reflects a broad Palestinian consensus.

The default option, however, remains the most likely policy, and the one that reflects Washington’s lack of interest in charting a new course. The State Department, truer to form, said it was "disappointed" and "troubled" by the pact.

Even if Israel has never felt itself bound by the principles, it makes every effort to ensure that Washington sticks by them.

Prime Minister Benjamin Netanyahu’s interest is clear — maintaining his own flexibility in dealing with Hamas, even to the point of reaching detailed, written understandings with the Gaza government while imprisoning US policy in a dead-end set of demands that leave the initiative to Israel.