Israel takes strategic alliance with US for granted

Israel’s neutrality toward the crisis in Ukraine is a dangerous precedent in Israel's relations with the US, when taking into account that it can exist without Russia’s help, but not without American support. 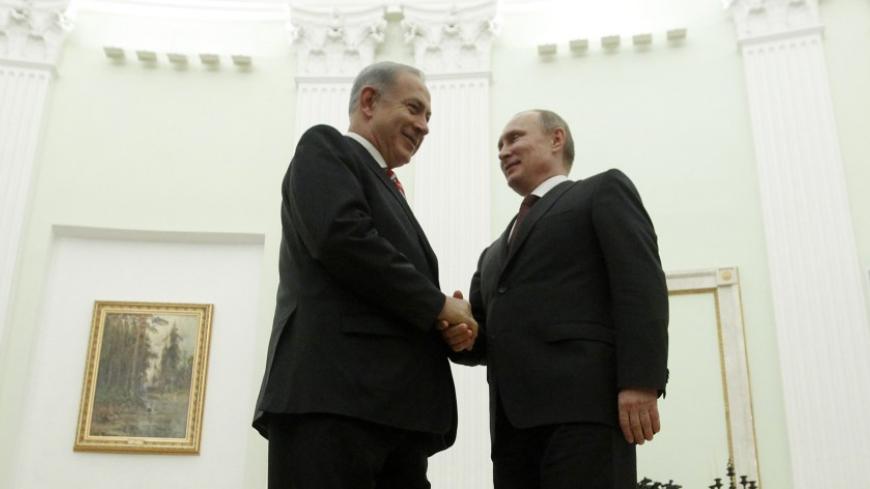 This time, it’s not an anti-American declaration by a marginal, right-wing minister, which has been taken “out of context,” or leaked criticism by a senior minister against the US secretary of state.

The absence of Israel’s UN ambassador, Ron Prosor, from the vote condemning the Russian invasion of Crimea and declaring support for the territorial integrity of Ukraine, is a milestone in Israel-US relations. In defense-diplomatic parlance, a no-confidence vote against the United States, at the height of a severe confrontation with Russia, is almost a declaration of cold war. After all, instructing a UN ambassador to “vote with his feet” on an issue which has serious diplomatic implications is not a decision that’s taken lightly. It’s one of those decisions made after detailed examination, internal deliberation and weighty consideration.

In recent years we’ve gotten used to seeing the (Israeli) tail wagging the (American) dog. But after a slight tug, it usually straightens up and calms down. As far as the confrontation over the Ukraine crisis between the two bulldogs, Israel has forgotten which of the two protects it. The strategic asset known as “the special relationship between the US and Israel” has become “a normal relationship between two states.”

In an early April interview on Israel’s Russian-language TV Channel 9, Foreign Minister Avigdor Liberman put the United States and Russia in the same place on Israel’s foreign relations scale. “We have a relationship of trust with the Americans and with the Russians, and our experience with both sides has been very positive,” said the man who is nowadays considered America’s favorite son.

Israel's top diplomat, the one whose office keeps dragging the United States into the messy conflict and demanding that it dance to Israel’s tune in the UN arena, played dumb: “I don’t understand the thinking that Israel has to be dragged into this quagmire,” he said.

Unfortunately, this message has trickled down to the senior professional ranks, those tasked with warning the political echelons against making strategic mistakes. Last week, on April 13, the director of the Political-Military Affairs Bureau at Israel’s Defense Ministry, Maj. Gen. (res.) Amos Gilad, justified the neutral position Israel has adopted in the Ukraine crisis. Gilad said on Israel Army Radio that “one needn’t define our interest as being identical to that of another party, even if it’s the United States. … We have here an array of defense challenges.”

Quite right. Israel is dealing with the tremendous security challenge of stopping the Iranian nuclear program. As far as it’s concerned, anyone who doesn’t recognize the Iranian threat and befriends the regime in Tehran seriously harms Israel’s existential interests. One of those is Putin’s administration, toward which the Netanyahu government is careful to maintain neutrality in its confrontation with the Obama administration.

It’s easy to guess how Prime Minister Benjamin Netanyahu would have reacted had President Barack Obama shaken the hand of former Iranian President Mahmoud Ahmadinejad, the man he [Netanyahu] called “the Iranian Hitler,” as Russian President Vladimir Putin did when he visited Iran in 2007.

What would Liberman have said had Obama declared that the “Iranian regime is one of our significant partners in the region,” spoken about his intention to develop ties with this regime “on all fronts,” added that sanctions are an ineffectual solution and summed up with a declaration that “the Iranian people and the Iranian state should be given a chance to develop their advanced peaceful technology” (Putin’s remarks at a meeting on Dec. 19, with 1,300 journalists at Moscow’s trade center, marking the end of 2013)?

How does Gilad explain the satisfaction Israel gave Moscow at the UN vote, in the face of the March 19 comments made by Russian Deputy Foreign Minister Sergei Rybakov, at the end of the second round of talks between Iran and the world powers, that as far as Russia is concerned, reuniting the Crimean Peninsula [with Russia] is far more significant than the Iranian issue.

In second place on Israel’s strategic interests’ scale (some, for example the undersigned, would say it’s in first place) is an end to the conflict with the Palestinians and the Arab world, and the preservation of Israel's democratic and Jewish character. To paraphrase Liberman’s remarks regarding the conflict in Ukraine, Russia is not getting its feet dirty in that muddy quagmire. It has been looking on from the sidelines as the US is trampling in it, being splashed with barrages of mud.

While US devotion to the peace negotiations is based on a deep commitment to Israel’s security and welfare, as well as on shared values, Russia’s attitude toward Israel is based on cold and transient interests. While Israel can exist without Russia’s support, the loss of US support is an existential threat. In case of trouble and distress, the first phone call from the prime minister’s office in Jerusalem will be to Washington, not to Moscow.

On second thought, there is a logic to Israel’s decision to stay away from the UN vote on the Russian invasion. The position presented by Liberman is also not far-fetched. How can a state that has been keeping another people under occupation for 47 years vote against occupation? How can a government that establishes settlements in gross violation of international law condemn violation of international law? What reason does a nation that annexed land to its capital in contravention of resolutions adopted with an overwhelming majority at the United Nations have to take UN votes seriously?

Israel, like many other countries around the world, especially in the Middle East, has learned that President Barack Obama takes the opposite path to the one outlined by late President Theodore Roosevelt: He speaks firmly and carries a dwarf's stick — if any at all. His powerlessness facing the massacres in Syria, the unstable policy concerning the revolutions in Egypt and the faltering negotiations with the Palestinians have all turned Obama — in the eyes of the Israelis — into a lame duck. Jerusalem discerns even the slightest limping, and does not respect any feeble leaders. Jerusalem has also detected an American weakness in the Iranian announcement on April 19, about a breakthrough in negotiations toward a deal that would allow enlarging the number of centrifuges in exchange for limiting plutonium production at the Arak nuclear plant.

In addition, experience shows that Israel doesn’t pay a price for ignoring the hand that feeds it with such bounty. At most, anonymous US officials, speaking to Israeli journalists, will express their disappointment at Israel’s ingratitude. Life is fine as long as the defense aid arrives on time and the finger of the US ambassador to the UN keeps going up at votes against the condemnation of Israel’s settlement policy.

As long as the heads of the majority party in the US House of Representatives make pilgrimage to the casino of his friend Sheldon Adelson, the man who is gambling on Israel’s future, Netanyahu can — as the old Jewish saying goes — dance at two weddings at the same time.