As elections approach, some young Iraqis have turned to rap to express their grievances with corruption and inefficiency in the government. 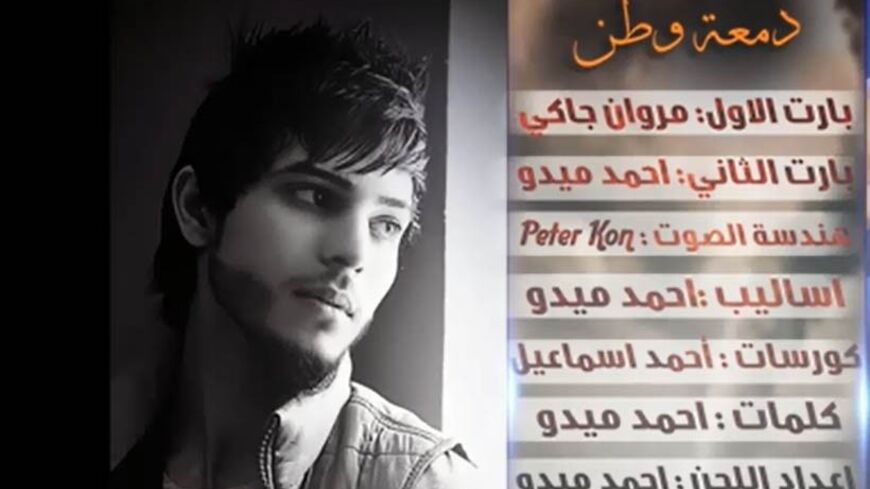 A number of video on YouTube address corruption in the Iraqi government. These clips generally do not attack a particular political bloc, but instead point to the defects in the structure of the Iraqi state. They are not created by the political parties, but by people such as Saadallah al-Khalidi, a young activist who hosts a YouTube channel to which he posts videos and programs that expose corruption in state institutions.

Khalidi works as a news photographer for several Iraqi TV channels and owns a small television production company that produces often critical political and social programs. Ahead of the national elections scheduled for April 30, Khalidi, who has been arrested by the security forces several times, is preparing videos to remind the public about the previous government’s transgressions. He produced a video accompanied by a rap song about the daily deaths in Iraq and the injustice faced by Iraqis because of government corruption.

Khalidi titled the video “18+” to indicate the ages of those who can vote, about 50% of all Iraqis. Khalidi told Al-Monitor, “Only the youth are being counted on to change the current political map, because they still have hope despite the despair that surrounds us.” He added, “The time has come for the government to respect its citizens. … Change must happen soon.”

Some Iraqi youths have been ridiculing Islamist parties by manipulating their posters on social media. Many young Iraqis appear to be supporters of political blocs that have candidates from civil, secular and leftist parties.

Rap was not popular in Iraq before 2003, and Iraqi rappers are a recent phenomenon. They face sharp criticism, because unlike Western rappers, they do not sing for the marginalized in society.

Rapper Ahmed Mido said in an interview with Al-Monitor, “There is no competition with Western rap.” He explained, “The rap songs we sing in Iraq reflect the difficult situation experienced by Iraqi youth.” Mido wrote a song called “Tear of a Homeland,” which addresses violence, the bad security situation in Iraq and the death of young people in the bombings plaguing the country.

The content of rap songs is slightly different from that of other types of songs. Many Iraqi singers perform tunes glorifying the army, which Al-Iraqiyya, a semi-official Iraqi TV channel, regularly broadcasts.

Mido told Al-Monitor, “Nobody helped me produce the songs. I produced them using my own money. … I have written a song on the occasion of the elections, but I could not produce it because I don’t have enough money for that.” He said that there has been an inclination on the part of some to write political songs, but funding is preventing their production and broadcast.