Although Western influences have transformed the music scene in Iraq in recent decades, leading to a focus on fast beats and pop music, a number of Iraqis are trying to revive popular interest in traditional Sufi songs. 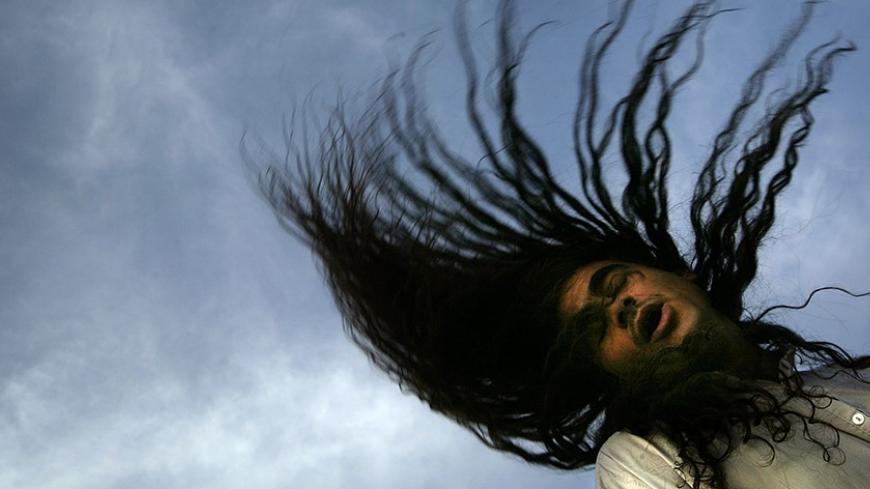 An Iraqi dervish prays during a gathering outside their Tekiyah, a place of worship, in Baghdad, May 29, 2003. - REUTERS

When reading or hearing about Sufi music, one immediately imagines a “spiritual session” during which mouwashshas (a form of classical Arabic poem) are sung, as Sufi music in Iraq is linked to the Kasnazani order — known for their performances involving “whirling dervishes” — in addition to the Qadiri order. During their evening performances and religious occasions, Sufis usually recite poems and beat drums to create rhythm. This is an old Sufi worship ritual that is still practiced today, especially on religious occasions.

The fame of Sufi music is not restricted to Iraq. It's a rather pristine form of art having religious links in all Middle Eastern countries. It extends to India, Pakistan and other countries, which organize annual festivals to sing Sufi poems. The content of some of these poems aims at introducing the audience to God.

Many Iraqi composers became famous for composing Sufi music for sung poems. They include the prominent Iraqi composer Mulla Uthman al-Musili, the musician Rouhi al-Khammash, Taleb al-Karghouli and many others, to name a few.

Some youth groups in Iraq have currently taken it upon themselves to put Sufi music at the forefront and revive it. They have started to organize their own bands and have been celebrating special evenings dedicated to playing Sufi music and singing famous Iraqi Sufi poems since 2011. Sufiyat, one such band, was led by composer and oud player Ali Hassan. During the celebration of a Sufi evening in Madarat Arts Gallery in Baghdad on April 27, 2011, Hassan said that by forming his own band, he was seeking inspiration from the Eastern Arab culture. This culture encompasses the enchanting musical legacy of playing the oud, along with an accompaniment of special drums to revive the Sufi spirit in a renewed, expressive style.

Al-Monitor was present during an evening dedicated to Sufi music on March 19. There were four young players who were 20 years old at most. They formed a Sufi music band that they called Helem (Dream). They put on an exquisite performance and all the attendees enjoyed listening to their music and performance of some very famous Sufi poems. This indeed indicates that people like this type of music, specifically because of its depth and beauty.

The vocalist in the band Mustafa Faleh sang some of the most beautiful Sufi poems, as well as some songs whose music was composed by Karghouli and the famous poet Bayram al-Tounisi. The late Egyptian singer Umm Kulthum, known as the "Star of the East", sang some of Tounisi’s Sufi poems in the past. Perhaps the most famous song that Umm Kulthum performed was “Al Kalbou Yaashakou Koulla Jamil” ("The Heart Loves All Beauty"), which was the last Sufi poem written by Tounisi. Egyptian composer Riyad al-Sunbati composed its music, and Umm Kulthum sang it 10 years after Tounisi’s death.

Mustafa Faleh, a vocalist in Helem, told Al-Monitor that the name of their band was inspired by their dream as youths to revive Sufi music and songs with the aim of promoting Iraqi art and giving it back its former glory.

Al-Monitor’s correspondent also met with the band’s oud player, Muntazer al-Sada, who explained their choice of this type of music and said, “Sufi music is quite tough, but it can show the talent of its performers. The tougher the performance, the more we feel the audience’s emotions and refine their musical taste and push them to interact with our music.”

Many Iraqi and Arab researchers in the music field agree with Sada, as many of them find that the Arab beat, in general, and the Iraqi beat specifically, has strayed from its course. They also believe that Western rhythms, which do not have the beauty and spirituality of Arab rhythms, have influenced Arab music. Moreover, many Iraqi composers and singers criticize the popular songs these days and describe them as mediocre, depraved and very far from authentic Iraqi music. 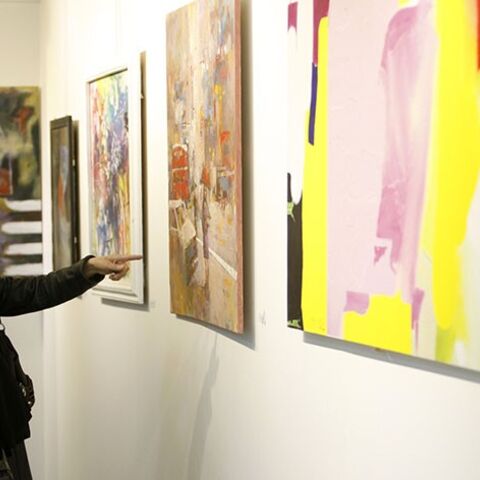