A new bill has been presented in parliament that would create more guidelines on wiretapping. 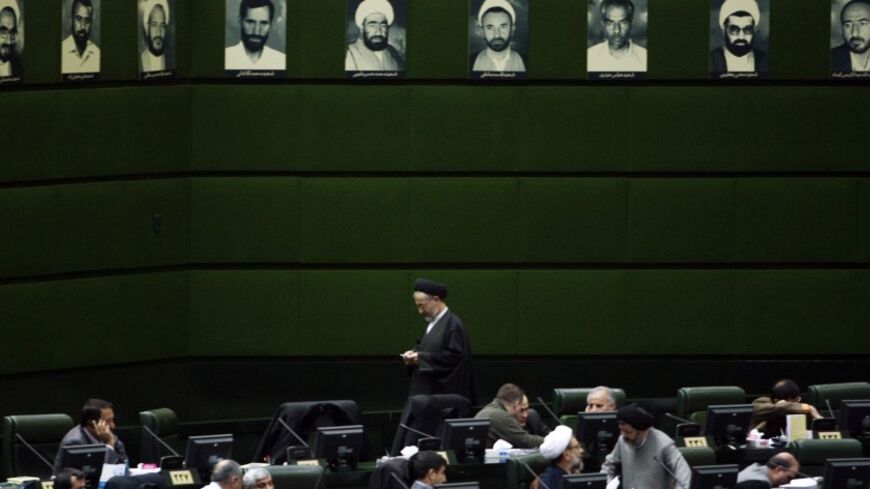 After accusations of wiretapping of parliamentary officials, a new bill that sets guidelines and oversight on wiretapping has been presented by Iran’s parliament. The bill is being hailed as promoting “Islamic wiretapping.”

Member of parliament Saeed Haydar-Teyeb told the parliament's leadership that the new bill has been put together “so the security apparatus is not infected with sin.” He added that all aspects of wiretapping “will be monitored by members of parliament.”

According to the Reformist newspaper Shargh, Haydar-Teyeb said that wiretapping would then conform to Islamic standards. The other members of parliament who support this bill said that the bill “would be in line with citizen’s rights and based on jurisprudence and Shariah.” They added, “It is necessary in order to protect the sanctity and dignity of people.”

Wiretapping of officials became a public issue in July 2013 when conservative MP Ali Motahhari claimed that he discovered that his office had been bugged. He also claimed that the phones of all the members of parliament were also bugged. According to Shargh, these accusations have not been denied by any of the intelligence agencies in Iran. Several members of parliament called for an inquiry and wanted to question then-Minister of Intelligence Haydar Moslehi.

After Haydar-Teyeb presented the bill to the parliament’s leadership (speaker Ali Larijani, and deputy speakers Mohammad-Hassan Aboutorabi Fard and Mohammad-Reza Bahonar), he told Shargh daily that the new bill would not create limitations in the work of intelligence officials. “We wanted to facilitate and legalize the act of wiretapping with this bill,” Haydar-Teyeb said. “The presence of a representative for the wiretapping committee is to increase the level of oversight. So we do not want to make the situation more complex but we want to know what dimensions the wiretapping had.”

The bill has not been welcomed by all. MP Allahyar Malekshahi told Shargh, “We have enough laws for oversight of wiretapping and prevention of illegal wiretapping.” He said that instead of passing new laws for wiretapping, there should be a focus on implementation of current laws.

Haydar-Teyeb believes there are positive international aspects to this bill as well. “This bill has been signed on by 82 members of parliament and we want the West and other countries to understand that we in an Islamic democracy have Islamicized everything, even wiretapping,” he said. He added the bill is necessary because Islamic scholars and clerics have forbidden eavesdropping “unless in security situations.” This is why “security situations” must have “a specific description” so that an individual's life is not unnecessarily interfered with, he said.

Before the bill is voted on, it has to be discussed on an open session of parliament.