After several years of conflict, Iran and Azerbaijan have signed agreements to expand ties and improve relations. 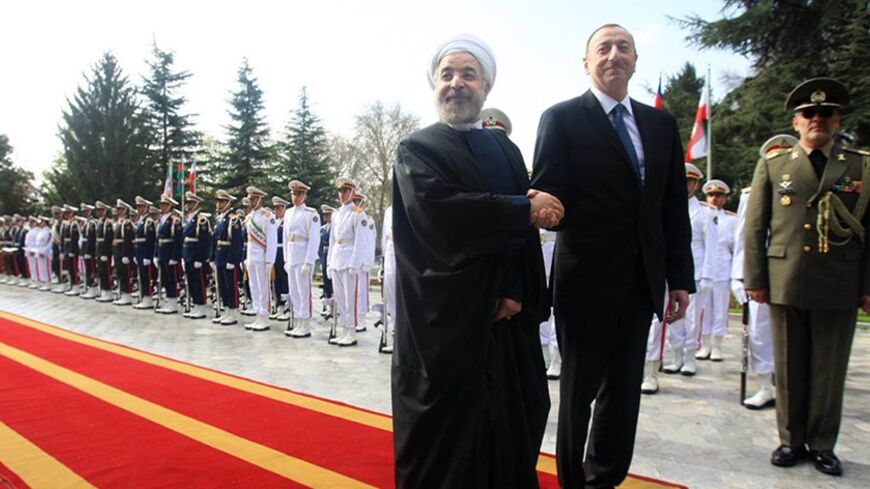 Iran and Azerbaijan have signed deals to increase their economic, cultural and environmental cooperation. The agreement was announced on the one-day visit to Tehran by Azerbaijani President Ilham Aliyev. He met with Iranian President Hassan Rouhani and Supreme Leader Ayatollah Ali Khamenei, as well as other Iranian officials and ministers.

The visit and the announcement were lauded by Iranian media, as Tehran and Baku relations were severely strained under former President Mahmoud Ahmadinejad.

“The trip by Azerbaijan’s president to Tehran is an important step in the direction of expanding ties,” said Rouhani. “In the new administration, there is no obstacle to expanding ties between [our] friend and brother country of Azerbaijan.” Rouhani announced the formation of a joint economic commission between the two countries and called for an expansion of ties in the private sector.

Rouhani also addressed the dispute over the Caspian Sea. “The Caspian Sea belongs to all of us and we should all be able to use it within the framework of reason, fairness and previous order,” he said. Five nations border the Caspian shores: Iran, Azerbaijan, Kazakhstan, Turkmenistan and Russia. It is the largest enclosed body of water and an important source of gas and oil, as well as fishing. Meetings between the five countries to resolve the issue have so far been unsuccessful.

Aliyev thanked Rouhani for the invitation and welcomed the expansion of ties between the two countries, saying, “The Republic of Azerbaijan places a great deal of respect and importance on its relationship with Iran,” Aliyev said. He added that the January meetings between Iran and Azerbaijan at the World Economic Forum in Davos were important in expanding cultural, economic, political and energy cooperation between the two countries.

In a reference to previous controversies, Aliyev said, “I am happy that there are new outlooks in regard to relations between the two countries.”

Iran and Azerbaijan are both predominantly Shiite, and Iran’s Azeri community is the country’s largest minority group, but the two have had trouble in their relations. Officials from Azerbaijan and Iran have traded accusations of meddling in each other’s affairs. Iran has been concerned with Baku’s closeness to the United States and Israel, and reports surfaced in 2012 that Azerbaijan would allow Israel to use its air bases to attack Iran. Azerbaijan had arrested 22 Iranians for allegedly planning attacks against the US and Israeli Embassies and linked companies in the country.