Long marred by political tensions largely driven by Iranian suspicions of Azerbaijan’s ties with Israel, relations between Baku and Tehran are beginning to reach new heights. 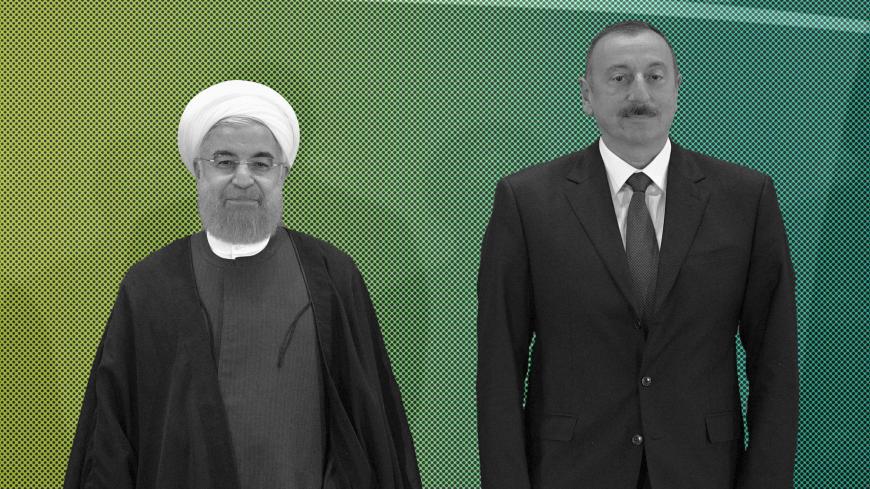 TEHRAN, Iran — The collapse of the Soviet Union led to the formation of a series of republics in the Caucasus, including Azerbaijan, Armenia and Georgia. Since these states' independence, Iran, which regards the Caucasus as a strategic region, has sought friendly relations with them. It now enjoys “very good ties” with Armenia and “balanced relations” with Georgia. In the case of Azerbaijan, bilateral relations have been maintained despite political tensions primarily revolving around Baku’s ties with Israel. In recent years, however, Tehran and Baku have begun to develop more extensive relations than those between Iran and the two other Caucasus nations.

Jafar Khashe, a senior researcher at the Caucasus Studies Institute, told Al-Monitor, “Since Azerbaijan’s independence, the Islamic Republic of Iran has supported it both in political and economic areas. There were, however, some impediments in their ties, which hindered extensive cooperation. But certain regional developments in recent years made Baku pay attention to the Iran-Russia axis, an issue which was also welcomed by Iran, and finally resulted in the promotion of Tehran-Baku mutual relations.”

After the election of Hassan Rouhani as Iran’s president in 2013, bilateral ties with Azerbaijan experienced a remarkable expansion, as his administration pursued interactions with other countries, especially neighboring states. For a better understanding of how relations between the two countries have evolved in recent years, Al-Monitor spoke with Mohsen Pakaein, who served as Iran’s ambassador to Azerbaijan from late 2012 to August 2016.

“The two countries have signed 103 documents so far, including 30 economic pacts, on a whole range of economic issues, including oil, gas, petrochemicals and bilateral trade in various spheres,” Pakaein said. “Currently, the value of trade exchanges between the two countries amounts to $500 million, which will increase in the next year.”

The two countries have several major projects underway, including construction of an automobile plant in Azerbaijan to produce 10,000 cars annually. Over the next month, Iran and Azerbaijan expect the key railway connecting Iran’s Astara and Azerbaijani Astara to become operational. In the meantime, another railway is being built between Rasht, Iran, and Azerbaijani Astara, with Baku having expressed its readiness to invest $100 million in it.

The railway projects, part of the North-South Transport Corridor, have been intensely pursued by both sides. Iranian Economy Minister Massud Karbasian was quoted by Iranian media as saying during a late October visit to Azerbaijan, “The railway [system] will connect 14 southern, eastern and western neighbors of Iran to Azerbaijan, while connecting Azerbaijan to southeast Asia through the Persian Gulf.”

The two neighbors have also begun talks about new collaborations, including construction of a bus-manufacturing plant and the establishment of medical centers in Azerbaijan. In addition, Iran has expressed readiness to provide its northern neighbor with machinery to modernize its agriculture. Also on the agenda is opening an independent bank aimed at facilitating financial and agricultural contracts in Azerbaijan, as well as the use of the two countries’ currencies in mutual trade exchanges.

According to official figures, bilateral trade between Iran and Azerbaijan rose by 70% in 2016. It also grew by 30% in the first nine months of 2017 compared with the corresponding period last year. Azerbaijan’s president, Ilham Aliyev, hailed the news growth Oct. 27, days before an official visit to Tehran, stating, “[It] shows that all agreements reached between the two countries are being implemented.”

Cooperation between the two countries is not limited to trade. In October in Baku, Iran and Azerbaijan held their first meeting on joint defense cooperation with the aim of promoting their military relations. Officials of both countries have on various occasions stressed the political will to further expand ties.

“The two countries’ economic relations, like their political ties, are expanding every day and Iran can become the Republic of Azerbaijan’s biggest trade partner in the near future,” Pakaein told Al-Monitor.

To this end, joint economic commissions between Tehran and Baku that had been suspended for five years were resumed after Rouhani’s election in 2013, and annual sessions have been held as part of efforts to accelerate economic projects. Dozens of high-level visits, including 10 official meetings at the presidential level, have been held.

The latest meeting between Rouhani and Aliyev took place Nov. 1 in Tehran, on the sidelines of a trilateral session that included their Russia counterpart, Vladimir Putin. At a joint presser the same day, Rouhani reiterated Iran’s determination to further expand ties.

“Interaction with the world, especially neighboring countries, is a key strategy pursued by Tehran. We welcome every means that leads to enhancing ties with Moscow and Baku,” Rouhani said.

Pakaein believes that cooperation between Tehran and Baku can be expanded into many fields beyond those in which they are currently engaged. “The two neighbors could begin to invest jointly in the Caspian Sea,” he said. “Iran and Azerbaijan also can cooperate in the construction of dams and power plants as well as the exchange of technical and engineering services.”

Despite the majority of cooperation between the two sides being economic related, Khashe believes that their growing economic ties can lay the ground for resolving political issues, including the legal status of the Caspian Sea. “Mutual ties between Tehran and Baku, rather than having an economic basis, are because of the political will of their officials,” he said. “The development of trade and economic relations in recent years has been impacted by regional and multilateral cooperation. Definitely, the continuation of ties both at the mutual [bilateral] and regional levels will lead to more confidence building and will bring their approaches closer to each other.”

Despite the expansion of relations between Iran and Azerbaijan reaching a new high in recent years, Iran’s share of Azerbaijan’s $9.2 billion import market is still insignificant. In 2016, it only exported $359 million in goods to Azerbaijan, less than 4% of all of Azerbaijan's imports. This is likely to change with facts on the ground suggesting that ties between the two countries will likely further expand in coming years.