The House Foreign Affairs Committee on Wednesday approved two non-binding resolutions calling on the Obama administration to stop recognizing Bashar al-Assad as president of Syria and to push for the creation of a Syria war crimes tribunal. 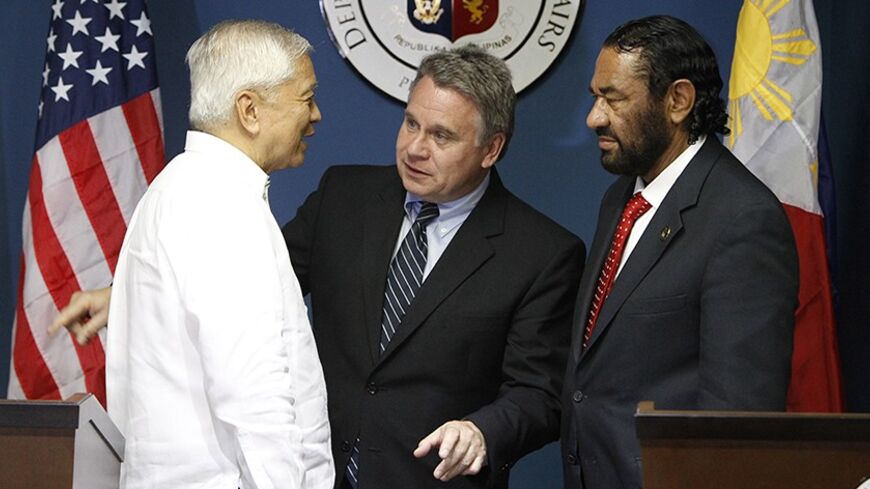 A key House panel passed two non-binding resolutions on Wednesday urging the Obama administration to turn the screws on Bashar al-Assad in the latest bipartisan push for more action in Syria.

That last provision was not in the resolution when it was first introduced last month. The new language comes as three dozen top lawyers and law professors from around the world signed onto a letter this week urging the UN to end its "overly cautious interpretation of international humanitarian law" and start cross-border aid deliveries.

Doing so isn't without risks, however.

"If we don't negotiate access across borders carefully," the head of the World Food Program's London office told The Guardian, "we could jeopardize the access to about four million people we already have inside the country."

The House panel also adopted a resolution from Rep. Chris Smith, R-N.J., the chairman of the subcomittee on human rights, urging the administration to instruct US Ambassador to the UN Samantha Power to seek the creation of a Syrian war crimes tribunal.

"In addition to calling for the Obama Administration to withdraw its official, diplomatic recognition of the Assad regime, the measures passed by the Committee today demand an end to attacks on civilian aid workers such as Syrian American medical professionals and call for the establishment of an international tribunal to hold accountable those responsible for the numerous atrocities in Syria," Royce said at the markup. "Congressional approval of these measures will send a strong signal of support to the Syrian people."

Smith said at the hearing that his resolution would help ensure "serious, predictable and certain consequences" for the worst human rights violators on all sides of the conflict while remaining "nimble enough not to derail chances of peace due to rigidity."

In addition to calling on President Barack Obama to submit a humanitarian assistance strategy within 60 days of enactment, it now also requests that the plan address the "national security" and "regional stability" implications of the crisis in Syria.

"There's an appetite here in Congress to act on this," committee member Gerald Connolly, D-Va., told Al-Monitor after the vote. "I think the concern about Syria is growing very considerably here."

The American public, however, remains highly skeptical of stepped-up US involvement in foreign conflicts. A Wall Street Journal/NBC News poll released Wednesday found that 47% of Americans think the United States should play a "less active" role in world affairs, up from 14% in September 2001.

The US-backed Syrian opposition, which has long pushed for greater US involvement, applauded the resolutions.

"You have nothing to lose and everything to gain by withdrawing recognition from the regime," Oubai Shahbandar, a Syrian-American spokesman and adviser for the Syrian opposition in Washington, told Al-Monitor.

Shahbandar pointed to allegations that the regime used chlorine gas against civilians and retains a secret stash of chemical weapons — which would violate the disarmament agreement brokered by Russia and the United States — as bolstering the case for withdrawing recognition. He argued that doing so wouldn't make it impossible to deal with the regime, but may in fact facilitate a political settlement by increasing the pressure.

"You can absolutely still pursue a political solution regardless," he said. "This would mean shifting the balance of power on the ground and no more total impunity for the regime."

Connolly said he had concerns with withdrawing recognition, however.

"I understand perfectly the intention. I am concerned it has unintended, negative impacts while we're doing other things, too." he said. "I'm less enthusiastic about that one piece."

Shahbandar had particular praise for the resolution's request that the UN redirect humanitarian assistance to private groups.

"The UN continues to choose to operate through regime ports of entry," Shahbandar said, limiting the assistance that gets to rebel-held areas. "That's why this is so crucial: For the first time you have Congress calling for a more robust effort to get humanitarian aid to the places that need it the most."

He said the UN shouldn't be worried about retaliation, such as getting kicked out of Damascus.

"If the regime retaliates it makes it clear that the Syrian government prioritizes the Assad regime over feeding the Syrian people," he said.

Wednesday's action comes after the corresponding Senate panel voted earlier this month to give the Obama administration 90 days to come up with a humanitarian strategy.