A reality show competition is inspiring a new generation of entrepreneurs across the Middle East. 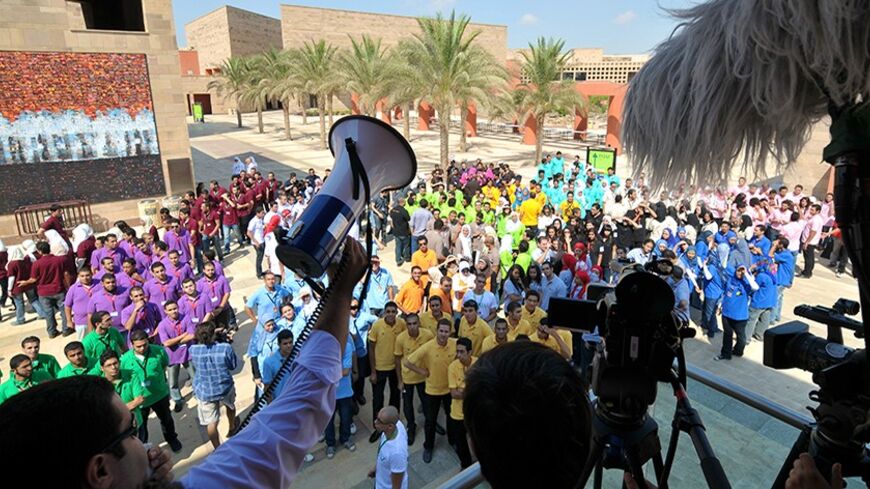 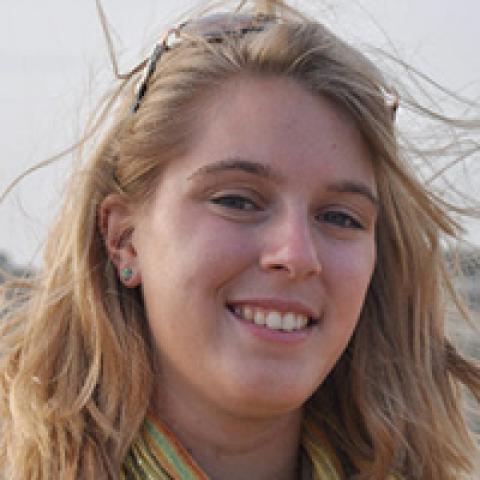 TUNIS — As early as 7:30 a.m., young Tunisians have already staked out the best tables at sidewalk cafes, which pop up about every 20 feet or so in the country’s bustling capital. Once there, many pass the time sipping small cups of coffee and smoking endless cigarettes, conversing with their peers or watching television. For young people in a country with a youth unemployment rate of 42.4%, other options are few.

“I have nothing to do, so I go to the café,” said Ashraf Tahouni, a young Tunisian living just outside the capital. Tahouni, who's trained in electronics, can only find occasional work through family members and friends. His situation is far from rare. As each day passes, many young Tunisians spend their time not in school or at work, but watching TV programs through the smoke from sheesha.

Hadhami Sassi, a young Tunisian woman pursuing a medical degree, shares Tahouni’s frustrations. “The surface the situation has changed [since the revolution], but the roots of the issues remain the same,” she said. “There are too many people [in the government] doing nothing. It paralyzes the system.”

With little hope for help from the government, many youths are left searching for inspiration. Layalina Productions, Inc., a Washington, D.C.-based non-profit, is trying to help them find that inspiration with its latest production, “Generation Entrepreneur.” A reality show, it follows aspiring young businesspeople in high school and college as they compete to win a national entrepreneurship competition that helps start companies and pairs entrepreneurs with investors.

“Generation Entrepreneur” follows three young Tunisians — Ghassan, Mariem and Marouan — as they develop their respective startups. Although pressured to be an entrepreneur by his parents, Ghassan has ambitions to run for public office one day. Mariem gets criticized for creating a smart phone application that advertises boutique sales because not everyone in Tunisia has that kind of luxury. Marouan worries that his technical college background will not measure up to the education of his competitors, but is confident in his product. Their passion, along with their inspiring presentations to the judges, has audiences rooting for all three of them.

The program was produced in association with INJAZ al-Arab and aired in October on OSN Yahala! Shabab, the leading pay satellite television network in the Middle East and North Africa (MENA). It showcases students and their startups in Egypt, Lebanon and Tunisia and culminates in a final episode in which national winners face off in Qatar for the title of "Best Arab Company."

By highlighting stories of their youths' peers and their willingness to break the mold, “Generation Entrepreneur” provides an appealing counterpoint to the status quo.

“There has been a lot of negativity since the revolution,” Sassi says. “[Tunisians] need to see people who are successful.” She cites Tunisian swimmer Oussama Mellouli’s recent Olympic successes as a real-life rallying point.

Opportunities for success are what INJAZ al-Arab seeks to provide across the MENA region with hopes of changing attitudes toward entrepreneurship. “You’re putting in the minds of kids that they can have their own business; they’re getting practical experience,” says Abdullah Ben Abdullah, the former CEO of a Tunisian vocational training agency and volunteer with INJAZ since 2009. “INJAZ, especially here in Tunisia, is working to try to make a change within youths, to make them think differently about their professional opportunities.”

The “culture of entrepreneurship” is not yet ingrained in Tunisian society, said Houda Slim, a board member and volunteer of Club Culturel Ali Belhouane (CCAB), an organization that promotes youth exchange and dialogue. “People are waiting for the government to give them jobs. People are used to that.” In Abdullah’s opinion, however, “the government doesn’t have to create jobs; it needs to encourage entrepreneurship.”

Ali Souai is an aspiring entrepreneur and CCAB member. He's one of a growing number of Tunisians who believes that starting a business, despite the obstacles, is the key to success. Like a young Tunisian John F. Kennedy, he asks, “What should I give to my country? It’s not all about what my country gives to me.”

Souai will be starting an apprenticeship in chicken breeding later this year and hopes to eventually start his own business in Sfax. He thinks that the problem lies not just with the government’s lack of action, but in the attitudes of many of his peers. In his words, some of them are “on the ground even before the punch.” The government can help facilitate, he says, but young people need to have the will and the motivation to jumpstart the economy.

Slim hopes that positive stories of change and inspiration, which are missing from traditional media, will provide that spark. She says that shows like “Generation Entrepreneur” “are doing something [opposite of] what the traditional media does. [They’re] trying to show the good side of people and the creativity of young people and their hopes.”

In a region where Internet and social media access is still scarce, the majority of Arabs have access to satellite television, a reality Layalina recognizes and embraces. “[Television] is more powerful than social media,” Slim says. “Social media is just for young people. Sometimes it's not available, but television is easy. It's always there. It's in all houses.”

Harnessing this power to highlight success stories is key. Shannon Fairbanks, Layalina’s chairman, notes, “[Layalina’s] programs are designed to encourage entrepreneurship among Arabs in the Middle East and North Africa … 'Generation Entrepreneur' will inspire young viewers to pursue new ventures of their own as they confront the challenges of soaring unemployment and underemployment throughout the region.”

While Slim realizes the state of the economy will not be resolved overnight, she believes Layalina’s efforts are an effective starting point. "I think it is a first step. The next step is to meet with people to create communities, have discussions, and involve [youths].”

If all else fails, there is always the universal power of peer pressure. “Peers are always influenced by their peers,” said Slim. “When they see their peers, the same age, the same level of education … being involved in a program like this and taking initiative … it will encourage them to do [similar] things.”

“It’s not just a matter of opportunities, it’s about the will to change,” said Souai.