Tunisia’s startup scene has grown in the past several years, but some question whether a new law aimed at encouraging entrepreneurs can have a significant impact amid numerous economic woes. 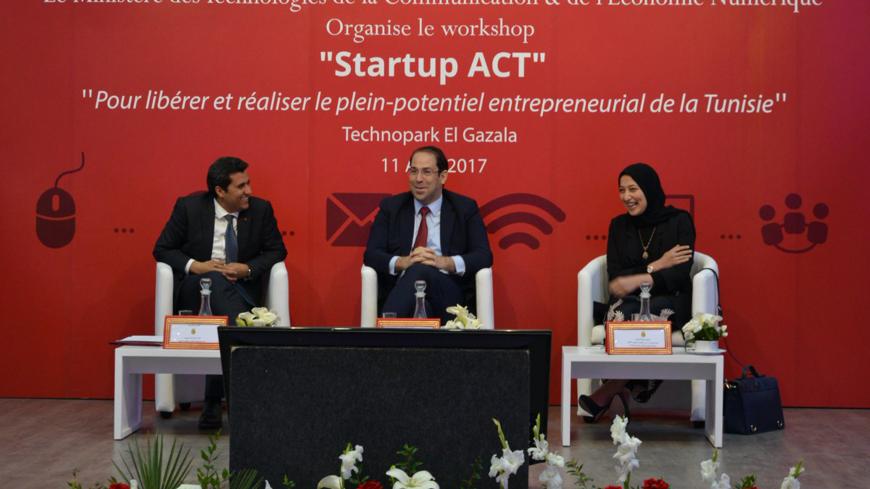 Earlier this month, entrepreneurs in Tunisia had something big to celebrate: After two long years, the country’s parliament passed the Startup Act into law. In a particularly tech-appropriate move, Tunisian Prime Minister Youssef Chahed celebrated the news, tweeting, “Tunisia has just passed the Startup Act. One more step to take our economy into the digital age.”

It was a bright moment for Tunisia, whose economy has been in the news for all the wrong reasons these past months. Though the country is considered the sole political success of the Arab revolutions, seven years on, the country’s economy is struggling. According to the World Bank, unemployment is as high as 36%. The budget deficit in 2017 was 6% of the gross domestic product (GDP), foreign public debt is 71% of the GDP and annual inflation rose to 7.1% in February 2018. The country’s currency, the dinar, has depreciated 19% against the euro as compared to last year, and the price of goods and services has shot up.

On Jan. 1, 2018, the government passed the Finance Act, intended to reduce inflation and the deficit. Supported by the International Monetary Fund, the act included harsh austerity measures that hiked up the value-added tax on “non-essential items” as high as 300%. Though socio-economic demonstrations had been consistently happening across the country, protests erupted after the Finance Act and over 800 people were arrested for their involvement.

“The demonstrations … are about a legacy of economic inequality and the social and economic marginalization of certain parts of Tunisia. They are about corruption and a lack of accountability for such crimes. They are about the failure of the Essebsi government to remedy this legacy of socio-economic grievances,” wrote Noha Aboueldahab, a visiting fellow at the Brookings Doha Center.

Where do startups fit into this landscape? “Startups usually come in response to an economic situation,” Houssem Edine Touil of Tunisian Startups told Al-Monitor. It’s possible, then, they can provide an alternative path to Tunisia’s socio-economic growth.

“Entrepreneurship has been making a lot of noise in Tunisia recently, and some believe that it is the solution to the country's problems because, in theory, it allows young people to move beyond the closed bureaucratic and/or clientelist system existing and create their own projects,” Youssef Cherif, a Tunisian political consultant, told Al-Monitor.

It was young entrepreneurs themselves who helped break down the bureaucratic entanglement that surrounds Tunisia’s business environment. Over 70 individuals, including Tunisian entrepreneurs and other ecosystem stakeholders, assisted in drafting the law, which consists of five sections with 20 points. “It's for sure [not] the most liberal law out there, but hacking the system is easier than changing it,” conceded Touil.

Highlights from the law include exemptions from corporate taxes for up to eight years, guaranteed government salary for up to three founders for their first year of business and up to one year time off from a current job. The law provides funding, grant opportunities, and clear guidelines and definitions for what constitutes a startup.

“The Startup Act is a new highway in the Tunisian economy landscape through which we will be delivering a new generation of businesses based on technology and innovation,” Bassem Bouguerra, chief executive officer of the Tunisian startup IntilaQ told Al-Monitor. “It shows that when a community decides to make a change, the government follows through."

Tunisia’s startup scene has grown in the past several years and is one of the more fruitful ecosystems on the African continent. Tech hubs in Tunisia have grown by 17% in the past two years, and dozens of new startups have opened. In September 2017, Google Launchpad announced that it would bring their six-month accelerator program to Tunisia. The Tunisian project management agency Mazam tracks data relating to the entrepreneurship landscape through a platform called Entrepreneurs of Tunisia (EOT). It lists 386 enterprises across the country, 169 technical support sites (i.e., incubators and accelerators) and 135 forms of financial support.

Technology startups, unsurprisingly, are garnering the most attention. According to EOT, software startups raised $1.9 million worth of funding in 2017. As Tunisia looks to shift its economy away from its dependence on tourism and agriculture and attract foreign direct investment in new sectors, startups could be a viable option. Some Tunisian startups have become quite successful, like RoamSmart, a unified roaming platform that is now available in 38 countries. Axe Finance, an end-to-end credit process solution for banks, has opened offices in Dubai, Amsterdam and Frankfurt in addition to their Tunis home office.

The growth in startups might also remedy another of the country’s problems. “I think Tunisia has suffered from a massive brain drain since the revolution,” said Bouguerra. “We have a lot of talented Tunisians living abroad, and we need to find a way to have them back here to help with the process of building the startup nation.”

Though bringing back professional Tunisians to the country would be a boon for the economy, it’s unclear how much Tunisia’s entrepreneurial growth will trickle down to Tunisians already here. Most startups are located in Tunis and Sfax, two of the richest cities in the country. The government has tried to promote entrepreneurship in more remote areas through a program called Innajim, which aims to simplify the process of starting a business. Still, there are little resources outside of the major cities. In Sidi Bouzid, the start of the 2011 revolution, there is only one startup. In Kasserine, where socio-economic protests began in 2018, there are no startups.

While some have dubbed Tunisia a “startup nation,” Bouguerra cautioned a bit of restraint. “Startups aren't a magic stick that can bolster the economy right away,” he noted. “Yet with the right funding mechanisms and the proper legal frameworks, we should see in the near future success stories in the startup scene that will give positive pulses to the economy.