What is the calculation behind Turkish Prime Minister Recep Tayyip Erdogan’s unprecedented statement of condolence to Armenians? 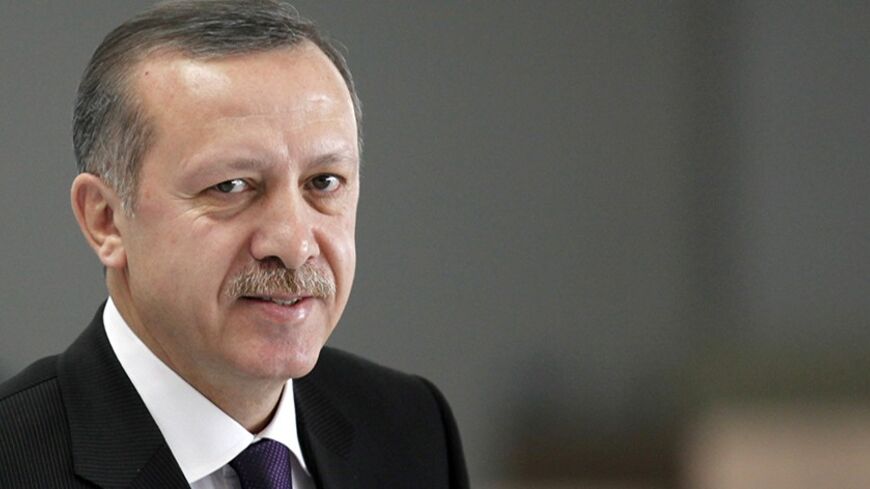 Some things Turkey’s Prime Minister Recep Tayyip Erdogan is surely not short of are surprises. Also, without any doubt, he is a very shrewd politician — the shrewdest Turkey has had, perhaps, over the last few decades. His “condolences” to the victims of the Armenian genocide of 1915 were a virtuoso move.

Although he never used the “G” word, and declined to define the tragic events that led to the Armenian community perishing almost in its entirety from its traditional national homeland as a “massacre,” nevertheless his offering condolences to the “grandchildren” of those who lost their lives in those last years of the Ottoman Empire and depicting it as “our common pain” were unprecedented. Never had a Turkish leader gone that far.

No wonder Erdogan’s unprecedented statement caught the Armenian diaspora off guard and even his most die-hard critics looked off balance over how to respond to his remarks.

Responses of the Armenian diaspora’s spokesmen from France to the United States reflected the disarray Erdogan’s statement caused. Turkey’s own Armenian opinion-formers also came out with divergent and interesting reactions.

Orhan Hosrof Dink, brother of the irreplaceable secular leader of Turkey’s Armenians, Hrant Dink — whose assassination in 2007 has become a game-changer for Turkish civil society — said: “To reach the point of offering condolences from accusing our forefathers of treason is a momentous step. If Turkey is to build a democracy, this is one of its foundation stones. I pay much significance to this statement. For the prime minister of the Turkish Republic to make such a statement is far-reaching for the Armenians who live in Turkey, and for myself.”

Renowned leftist of the 1968 generation Masis Kurkcugil had a different take. This is what he said: “I was amazed by his style. His expressions are beyond the routine and official ones. This must be acknowledged. The style sounds more like an approach of Foreign Minister Ahmet Davutoglu rather than the prime minister’s. We can see that for the 100th anniversary of 1915 his position will not be as aggressive as before. It is worth noting how different the style is of someone who in mass rallies demonizes everyone, freely brands people as traitors and ‘parallel’ in such a critical issue. But transferring the issue to history commissions a hundred years later means no substance is sought. There are no new steps taken. It is a repetition of what Davutoglu said diplomatically.”

Aris Nalci, who is of Armenian origin and is the news director of pro-Kurdish IMC-TV, said Erdogan’s statement did not satisfy the diaspora and added: “In the history of Turkey, this is the first time a prime minister has made a statement like this. But sadly, this is an effort to undermine 2015. We will soon see how sincere he is, because to say, ‘Our offer of going to the history commission is still valid,’ to pass the buck to historians, will not produce a solution. That commission met earlier, but the Armenian side walked out because Turkey did not submit the documents it had.”

Erdogan’s fervent supporters in the Turkish media labeled Erdogan’s statement as “revolutionary.” Daily Aksam went as far as using the banner headline “1915 Revolution.” His supporters all believe that Erdogan has blown the state’s official position to pieces.

Some opposition figures beyond pro-government circles joined in applauding Erdogan.

There are certainly those who “want to see the glass half-empty” and call Erdogan’s dramatic statement a tactical ploy, insufficient, a deception and window dressing because he repeated known lines for the joint history commission to study 1915 and that Turkey was ready to open its archives — without even mentioning the “G” word, without saying “massacre” and without even using the Armenian term “Metz Yeghern” that US presidents use every year on April 24.

The most striking comment in this category was in the column of Hakan Aksay, known as a Russia expert, on the T24 website: “It is timid, because apart from being a belated step, it is a narrative that obscures 1915 events, avoids assigning responsibility and possibly intentionally distorts.

“It was obvious that yesterday’s move was planned as a call to international public opinion. Erdogan’s statement was issued in nine languages, including Armenian and Russian, followed by a call from Foreign Minister Ahmet Davutoglu saying, ‘We hope our hand offered will be reciprocated.’ But there was no call to Yerevan. Anyhow, the prime minister, a few hours after his statement, repeated his known attitude for making peace talks conditional when he said, ‘Our relations with Armenia will not normalize before the solution of the Karabakh issue.’

“On the other hand, the Black Sea region suddenly moved to the top of the world agenda. The Ukraine-Russia conflict and Crimea’s annexation by Moscow became one of the developments that has most affected world politics in recent years. The sides began to review everything from foreign policy to military potential, from trade to energy. Under the circumstances, Ankara’s importance was again highlighted because of its strong economic links with Moscow and because of its efforts to create a trilateral alliance of Turkey-Azerbaijan-Georgia.”

In this situation, can Washington modify, at least partially, its negative attitude toward Erdogan? Or, should Erdogan expect such a change as we head to presidential elections? Why not?

If Erdogan has such an expectation — and it is most likely that he does — one could surmise that his unprecedented statement on the 1915 anniversary was aimed for an impact on Washington, rather than Yerevan.

The remark of US State Department spokeswoman Jen Psaki in her daily press briefing, “We welcome Prime Minister Erdogan's historic public acknowledgment of the suffering that Armenians experienced in 1915,” must have come as a relief to Erdogan. He has not been hearing many “encouraging remarks” from Washington over the past few months.

In light of controversial reactions and responses to his “condolences statement” for the Armenian losses of 1915, what should be expected for the near future?

Will there be a dramatic change in Turkey’s conduct of foreign policy during the upcoming year, before the 100th anniversary of the Armenian genocide, which coincides with the presidential ambitions of Erdogan and Turkey’s fateful general elections?

Or that will remain a shrewd and successful political maneuver of an internally and externally embattled Erdogan?

Also, was it a coincidence that his dramatic condolences statement came a day after he declared in threatening language that Istanbul’s Taksim Square may not be used to celebrate May 1, Labor Day?

Labor unions and two major opposition parties, the Republican People's Party (CHP) and the pro-Kurdish, leftist People's Democracy Party (HDP) had declared their determination to observe May 1 at Taksim Square.

There is certainly political escalation and tension as we approach May 1. In this context, the timing of Erdogan’s dramatic Armenian move is likely to secure moral high ground.

This is all that we can see. It is not easy to predict any further as of today.

But as we said at the beginning, one thing is for sure: Erdogan is a shrewd politician never short of surprises.