Turkey is proud of the positive results of the initiatives taken to attract skilled researchers to return from abroad. 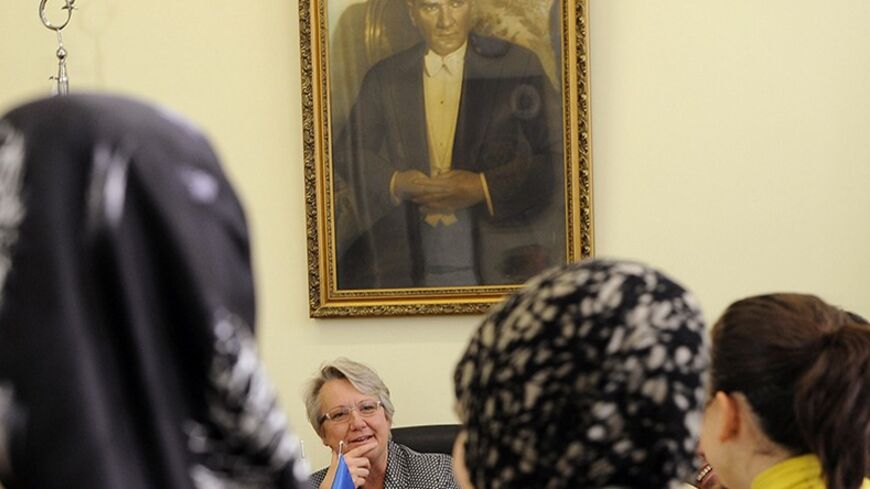 Brain drain is a global phenomenon, defined as the emigration of highly trained or qualified intellectuals from a particular country. As the other name — human capital flight — suggests, once young students leave a developing country for a developed one to gain skills and education, or when high-level researchers find better opportunities elsewhere, the home country is a big loser when it comes to big talent.

In recent years though, another process, the so-called “reverse brain drain,” has increased in pace. As a result of economic and political conjunctures in the world — such as the financial crisis in the West, compared with the positive growth in the East — skilled researchers increasingly return to their home countries. Moreover, many governments today offer programs with powerful incentives to encourage the return of scientists, engineers and other educated elite. Turkey includes itself among countries that have seen positive results from such initiatives. Fresh information shows that from 2007 to 2013, 209 researchers returned to Turkey, while 1,790 scholars came for research.

Published in January 2014, the “Doctoral Recipients from US Universities” report ranked Turkey sixth in a list of foreign citizens who obtained US doctorates between 2002-12. What these students do after they graduate is equally important, and the Turkish government wants to have a say by providing incentives for their return.

The Scientific and Technological Research Council of Turkey (TUBITAK) is the institution that funds research and development conducted in the country, as well as the main engine for attracting skilled Turkish academics abroad back to Turkey. TUBITAK’s initiative offers researchers scholarships of 3,250 Turkish lira ($1,475) per month for a duration of two years. For research conducted in Turkey, recipients can be awarded up to 25,000 Turkish lira ($11,351). Other TUBITAK incentives include health insurance and a return plane ticket to Turkey.

In a 2013 interview with Today’s Zaman, then-Minister of Science, Industry and Technology Nihat Ergun stated, “The share of funds allocated from Turkey’s GDP to R&D investments has climbed from 0.5% in 2002 to 1% last year [$8 billion in 2012].” He reiterated the government’s plan to reach a 3% GDP contribution by 2023, meaning $60 billion if Turkey reaches its goal of a $2 trillion GDP.

These figures are impressive, and the financial investment is both commendable and necessary, yet it will be insufficient should the mindset of state institutions toward researchers not change. Beril Dedeoglu, a columnist and professor at Galatasaray University in Istanbul, related the story of a doctoral student who was frustrated in his attempts to research his intended project, a discourse analysis of US-Turkey relations since 1990. The student encountered difficulties with the Turkish Ministry of Foreign Affairs, where he couldn’t obtain any documents. They were “quite suspicious of the student's request to access official documents.” While this could be just one unfortunate example of lost documents or “Cold War reflexes … still intact,” it leaves an important question for researchers. For that student, and many others, it is difficult to be optimistic if, after three years of work, one only has newspaper collections to use for research.

During a recent visit to the United States, I met Eyyup Esen, a doctoral candidate at the University of Kansas who is studying what influences the decisions of US-educated Turkish scholars to return to Turkey or stay in the United States. He shared some of his research with me.

Among the positive developments in Turkey, students who want to return usually cite the perception of a better work environment, the increasing provision of resources and investments, TUBITAK’s contributions and EU funding programs. On the other hand, some of the Turkish researchers and students currently based in the United States cited equally serious concerns, including too much bureaucracy and nepotism. One student stated that politics interferes too much with academia, and even “dominates all aspects of life,” whereas another student highly disproved of the Turkish Higher Education Council (YOK).

Many would agree about the need to reform or dismantle YOK. In Turkey, academics are public employees, and YOK holds central control over universities with little autonomy. Tighter control does not always mean more discipline, but often translates into more fear and less freedom.

Another issue of concern is the expected teaching load. Faculty members are expected to teach 30 to 40 hours per week to earn a high salary in Turkey. Thus, many complain that they cannot find time to even think of doing research. Moreover, small class size is a luxury in Turkey. Despite the acknowledged drawbacks, a great number of those who do return do so for family reasons, cultural ties and lifestyle preferences.

The picture remains blurry and perceptions among students who study abroad vary greatly. Some academics fear curtailed academic freedoms in Turkey if they return, while others believe there is actually greater freedom of speech and stability. Some praise the freedom they claim to experience in the United States and their ability to live independently without societal pressures. Others suffer from loneliness, alienation and longing for Turkey.

In Turkey, the increased concern about securing a job is as valid as anywhere. Recent data from the International Monetary Fund and the Turkish Statistical Institute (TUIK) shows that the Turkish workforce increased from 2008 to November 2013 by 4.7 million people. So, with a 22.7% rise, Turkey has impressively ranked first among 32 countries in increasing its workforce size since the 2008 global economic crisis. Though unemployment still soared above the government target in 2013, it is the political crisis and the political culture that remain justifiably worrisome for many — both inside and outside Turkey. Exclusionist discourse is dangerous for all parties on the Turkish political playground.