A revision of Qatar's cybercrime law may cause issues for journalists. 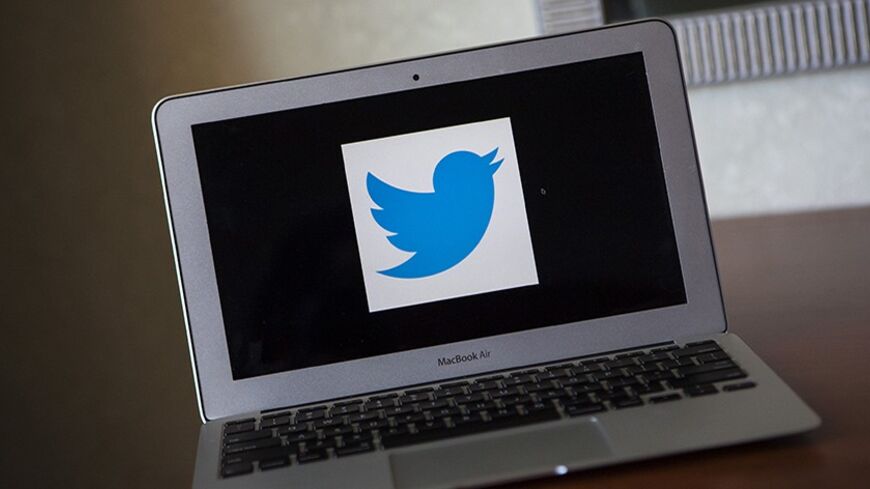 A portrait of the Twitter logo is seen on a laptop, a new proposed cybercrime law in Qatar could be used to crackdown on journalists and users of online social networks, Dec. 21, 2013. - REUTERS/Eric Thayer

The Qatar government announced plans to implement a revision to its cybercrime law, prompting concerns that the legislation will further restrict journalism and free expression.

The full draft of the proposed cybercrime law has not yet been released. The move announcing “necessary measures” to approve the law received a brief mention in a Qatar News Agency (QNA) news release on March 12. The government announced that the nation’s cabinet and the advisory council — an elected and appointed body that consults on legislation — had approved modifications to the law.

The new law, according to the QNA release, will ban any dissemination via electronic means of “incorrect news” that endangers “the safety of the state, or public order or internal or external security.”

The law also “stipulates punishment for anyone who exceeds any principles of social values.” The cybercrime legislation would also make illegal the publishing of “news or pictures or audio-video recordings related to the sanctity of the private and family life of individuals, even if they are correct, via libel or slander through the Internet or an IT device.”

The rest of the legislation is aimed at protecting the country’s technological infrastructure and improving cybersecurity in key industries.

Observers are worried because tightened cybercrime legislation in the United Arab Emirates has been used to prosecute dissenting speech seen on Twitter, Facebook and YouTube. The online news site Doha News first reported on the changes.

Jan Keulen, the former director of the Doha Centre for Media Freedom, said that enacting the law could “impede the development of online journalism.”

“If (Tamim) would sign this cybercrime law it could certainly be seen as a significant negative signal,” Keulen said.

Despite the presence of Al Jazeera, Qatar’s internal journalism suffers from a lack of protections for journalists, operating under a media law passed in 1979. A revised media law was discussed in 2012 but never passed after criticism that its broad language would stifle good journalism. The advocacy group Freedom House labels Qatar’s press freedom as “not free” and the country is ranked at No. 110 out of 179 in Reporter’s Without Borders’ press freedom rankings.

International media law expert Kyu Ho Youm, a professor at the University of Oregon, noted that the proposed cybercrime legislation breaks with international norms because it is overly broad and could lead to “punishing what should not be punished.”

Youm told Al-Monitor that the provision on “incorrect news” is also out of step with the approaches of many of other countries.

“Who’ll decide what’s correct versus what is incorrect?” he asked.

In countries with higher press freedom rankings, governments do not attempt to regulate “truthful” reporting.

The proposed cybercrime legislation will not become law until the emir signs it.

Qatar’s Twitter community is relatively robust with many commentators taking to the social media platform to complain about aspects of government services. However, no one has directly questioned or challenged the emir’s rule. Unlike other Gulf countries, the Qatari government has not arrested anyone for their social media speech.

In the nearby UAE, the security forces — using a cybercrime law updated in 2012 — have responded harshly to speech on Twitter that questions the government. Just last week, two Emiratis were convicted for violating a law that made it a crime to “damage the national unity or social peace or prejudice the public order and public morals.” The government also convicted 69 citizens of sedition last year and prosecuted two Emiratis for spreading “false news” about that trial.

Arrests have also been seen in Kuwait, Bahrain and Saudi Arabia over posts on social media accounts.

Many residents of Gulf countries use social media as an unfiltered platform where ideas and information can be exchanged relatively freely. The local press outlets in these countries obey long-held “red lines” of coverage, avoiding pushing the boundaries of acceptable public speech.

Qatar has been notable for its lack of widespread prosecutions against speech on social media. The one notable exception is the case of Qatari poet Mohamed Rashid al-Ajami who was sentenced to 15 years in prison in 2011 for “insulting the Emir.”

Al-Ajami published his “Jasmine Poem” that criticized governments across the Gulf after the Arab Spring uprisings. “We are all Tunisia in the face of the repressive elite,” he wrote.

Qatar’s move to pass cybercrime legislation could also be a nod to assuage security concerns of its neighbors. Earlier in March, the UAE, Saudi Arabia and Bahrain withdrew their ambassadors from Qatar. They announced that country needed to “take the appropriate steps to ensure the security of the GCC states.”

Analysts see the ambassador withdrawals as a reaction to Qatar’s support for the Muslim Brotherhood and the actions of its news channel, Al Jazeera.

Qataris can only wait to see if the cybercrime law is signed into law with its current provisions. As with most Gulf countries, movement on government business is far from transparent. Perhaps, after its passage, a full copy of the law will be released.