After a UAE professor published a provocative article online, observers wait to see how the government will implement its updated cybercrime law. 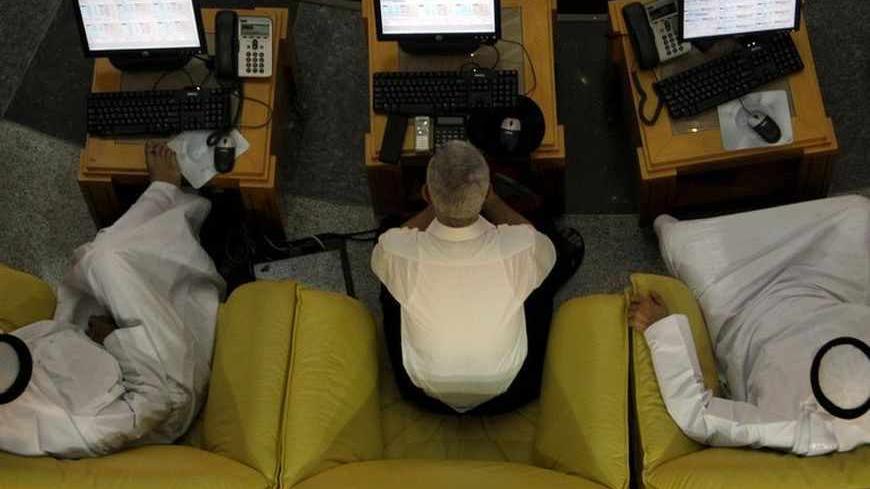 Yousif Khalifa al-Yousif, a prominent political science professor at United Arab Emirates University, issued an “open letter” on Aug. 23 criticizing the hereditary leadership system of the authoritarian country. This letter is in seeming violation of the UAE's cybercrime law, which was updated in 2012.

Yousif posted his Arabic-language article titled “Problems of Citizenship Under the Hereditary System” on the online site Twitmail, a method several activists have used across the Gulf to bypass traditional forms of publishing. Yousif wrote that the current system of government — in which unelected sheikhs pass down their ruling power through the generations — creates trouble for the country.

“The majority of the UAE have suffered from various power struggles since its formation and until the present day,” Yousif writes.

The article appears to violate the country’s cybercrime law, drastically revised in 2012 without any debate. Among many social media restrictions, the law makes it illegal to use electronic means to “oppose the basic principles which constitute the foundations of the ruling system of the state.”

In his article, Yousif does just that.

He speaks about the broad problems of the current system where members of the ruling families take top jobs in government ministries, rather than having a meritocracy. Yousif describes this system — seen throughout the Gulf — as creating a “hotbed of tyranny and corruption.”

Yousif did not respond to a request for comment.

Christopher Davidson, an expert on the Gulf at Durham University in the UK, says Yousif is bypassing “old media” by publishing the open letter online via Twitmail. Saudi intellectuals have published similar notes.

“With Yousif’s focus on the question of citizenship under a system of hereditary rule, and resulting discussion of the various bottlenecks that arise in Gulf monarchies as a result of this, it is a thoughtful and much-needed piece,” Davidson said. “It calls for a more enlightened vision of citizenship in the region and thus directly challenges the ‘ruling system.’”

The UAE — and all the Gulf countries — have reacted harshly to the calls for change amid the Arab Spring. In 2011, the UAE arrested five activists who spoke of a need to reform the monarchy. They were convicted of “insulting the president” but later pardoned.

A respected academic, Nasser bin Ghaith, was among the “UAE 5.” Many saw his arrest as a signal that Emirati academics were not immune if their speech was deemed unacceptable. Bin Ghaith had questioned the sustainability of a distribution-based economy.

“While professor Yousif has previously published many such articles, the most provocative were before 2011 and thus before the arrests of the UAE 5,” Davidson said. “How the regime responds to the new letter will be important, not least because professor Yousif is well known and well respected across the Gulf states and his website and blog have a very large following.”

In 2013, the government also convicted 68 Emiratis, many of whom spoke out on social media about perceived injustices in the country. They were accused of being Islamists bent on overthrowing the government.

The cybercrime law has already been used on at least one activist. Waleed AlShehhi was charged on May 11 after he tweeted about the sedition trial. Foreign media were barred from attending the trial and some of the local media offered biased accounts of the proceedings. The media situation led many Emiratis to receive information about the trial from social media accounts (including Shehhi) who provided updates from the courtroom.

He was charged with violating articles 25, 29 and 41 of the cybercrime law. Article 24 makes it a crime to use a computer network to “damage the national unity or social peace.” Article 29 bans any speech that intends to “damage the reputation, prestige or stature of the state or any of its institutions.” And Article 41 makes it legal for the government to close websites related to the commission of the crimes. Shehhi’s tweets can still be read at his Twitter account, and it is unlikely an international site would remove information at the request of UAE authorities. The UAE does regularly block access to websites, particularly Arabic-language political sites such as Al-Watan.

Shehhi has also been charged under Article 262 of the criminal penal code, which makes it illegal to insult the judiciary. Shehhi criticized some of the proceedings of the criminal case which was widely deemed unfair by international observers.

Shehhi has appeared in court twice so far, according to Emirati activist Ahmed Mansoor. His next appearance is slated for Sept. 9.

Mansoor said his tweets represented “no instigation against any body or entity either, but due to the elastic and open-ended terminologies, words can be arbitrarily interpreted to fit the purpose of the state security.”

Whether authorities interpret Yousif’s speech as similarly unacceptable remains to be seen.