Protests in Jordan against Israel’s killing of a Palestinian-Jordanian judge have reached unprecedented levels, giving Amman the chance to readdress discrepancies in its treaty with Israel. 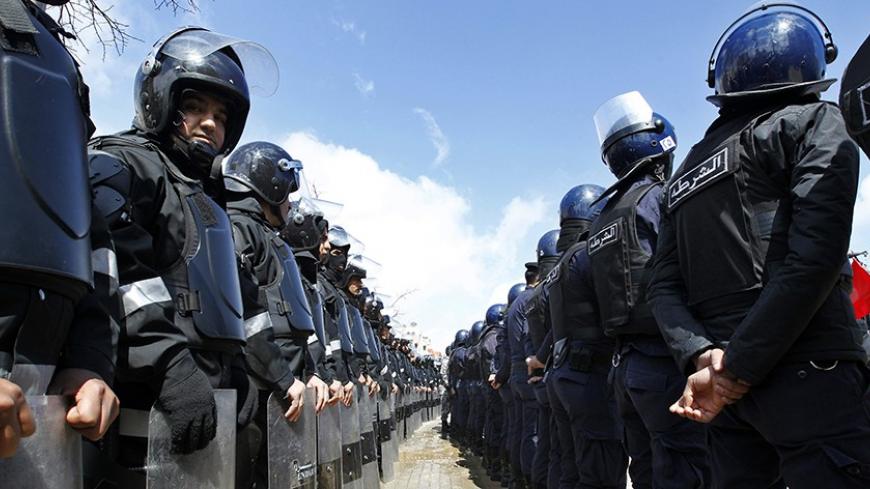 Riot police stand guard during a demonstration near the Israeli Embassy in Amman after a Palestinian-Jordanian judge was shot dead by an Israeli soldier at a border crossing, March 14, 2014. - REUTERS/Muhammad Hamed 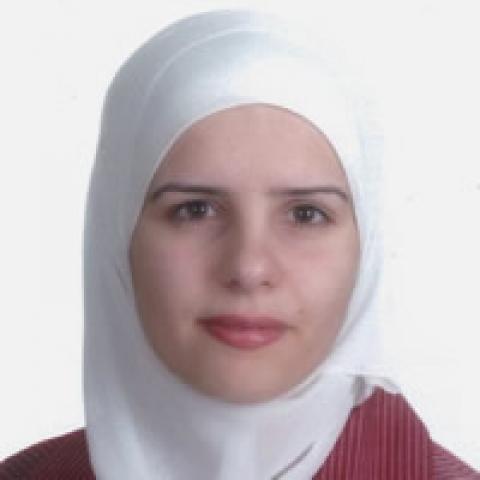 Tensions are on the rise between Jordan and Israel after Jordanian-Palestinian judge Raed Zuaiter was shot and killed on March 10 by Israeli soldiers at the King Hussein (Allenby) Bridge. Public protests over the incident escalated to unprecedented levels and included an explicit demand to abolish the 1994 peace treaty signed by Israel and Jordan. The incident has exacerbated tensions in an already unstable political environment in Jordan, where a number of protests have erupted in the past year. How the government manages the crisis will prove crucial to its relations with the Jordanian public in general and to the stability of the kingdom in particular.

The Jordanian government condemned the shooting in “strong language” when Foreign Affairs Minister Nasser Judeh summoned the Israeli charge d'affaires. It also demanded that the results of Israel's investigation of the shooting be shared with Amman. Some in Jordan, especially the political parties, denounced the government's acceptance of a unilateral Israeli probe as “weak.”

Prime Minister Benjamin Netanyahu expressed his “regret” for the death and sent “sympathies to the people and government of Jordan.” He was also reported to have promised a joint Israeli-Jordanian investigation of the incident.

Twenty years after the signing of the Jordanian-Israeli peace treaty, the Jordanian public’s reluctance about it and dissatisfaction are no secret. The anti-normalization movement, led by Islamist and nationalist parties, remains active and strong. A blacklist of 200 "normalizers" — advocates of relations with Israel — was circulated last June, with the more recent additions being made on March 6. The Islamist and nationalist post the list in the hope of publicly shaming and disgracing those on it.

Jordanians' general discontent relates not only to the shooting incident but also to a sense of the peace treaty having produced negligible positive outcomes for Jordan. In particular, three concerns dominate the public debate over the treaty: worsening economic conditions compared to what was promised, unfair sharing of the Jordan River despite the treaty’s stipulations and the ongoing detention of Jordanian prisoners in Israeli jails, where some have spent more than 20 years. There appear to be no changes in this attitude on the horizon.

Thus, it is no surprise that protesters took to the streets in the aftermath of the Zuaiter shooting, demanding abrogation of the treaty, expelling the Israeli ambassador and recalling the Jordanian ambassador from Tel Aviv. In addition, 110 of 150 members of parliament demanded on March 12 that the government undertake tangible measures, with the release of Jordanian prisoners from Israeli jails being the first. The parliamentarians threated a vote of no-confidence if the government failed to meet its demands.

The unfolding crisis has put the Jordanian government in a tight spot. Relations with Israel have always been the main fault line between the regime and the opposition in Jordan. In addition, the current parliament is keen to distinguish itself from the legacy of the weak legislatures elected in 2007 and 2010. Exercising full and assertive pressure on the government now provides parliament a good chance to do so.

The tensions in Jordan and in the bilateral relations between the two peace partners are nothing new, however. In 1997, three years after signing the peace treaty, Israel, then also under the leadership of Netanyahu, attempted to assassinate Khaled Meshaal, head of Hamas' political bureau, in Amman.

In response to the violation of Jordan’s sovereignty and the peace treaty, King Hussein demanded the antidote to the potion used to poison Meshaal. He also demanded the release of Ahmed Yassin, the spiritual father of Hamas, who was serving a life sentence in an Israeli prison. Yassin was later received by King Hussein and Palestinian leader Yasser Arafat in Jordan.

Hussein's deal proved popular with the general public. It also rebuilt bridges between the palace and the opposition. The deal in addition reconfirmed King Hussein’s crisis management skills at the local and regional levels. The Jordanian government today might want to heed his example.

Amman should indeed demand the unconditional release of Jordanians held in Israeli jails. The exact number is unknown, but a report by Agence France-Press put the number at 26, as did a supporter of the prisoners who spoke to the Jordan Times. A Palestinian Prisoners Club representative cited a figure of "around 30." Some of the detainees were arrested before 1994.

In May 2013, five prisoners went on a hunger strike demanding their release and more action from the Jordanian government to address their plight. Between April and August 2013, families of the prisoners organized sit-ins in Amman to demand their release and to pressure the government to arrange for them to visit their loved ones. Neither the hunger strike nor the sit-ins were in the end successful. The current crisis therefore presents the government with a political opportunity.

Releasing Jordanian prisoners has been an unrelenting demand by all political groups and the general public. If the government could therefore leverage Zuaiter's tragic shooting to negotiate their release, it would not only build trust among the public, but would also significantly enhance the stability of the kingdom in very uncertain times.