Advancing negotiations can be greatly assisted by trust-building measures, namely fulfilling older agreements signed between Israel and the Palestinians. 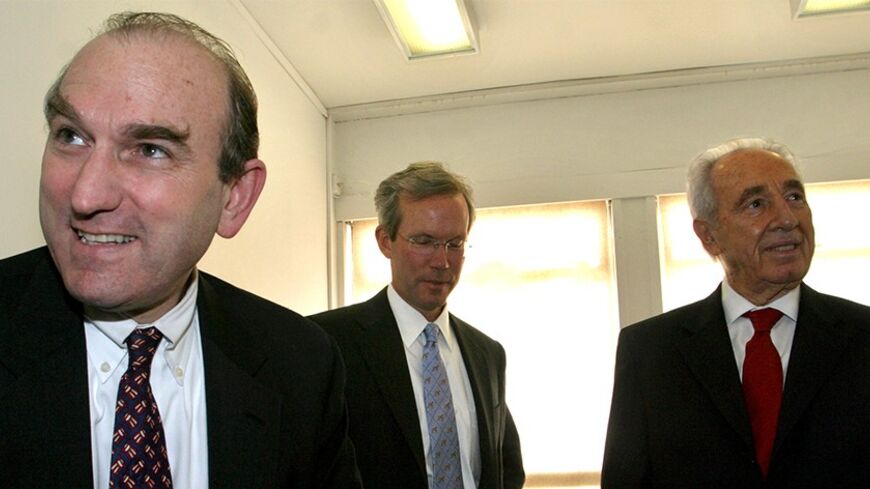 The Israeli TV2 investigative program "Uvda" ("Fact"), which aired mid-February, featured Elliot Abrams, the man responsible for the Middle East on the National Security Council during George W. Bush’s administration. During the interview he wondered why US Secretary of State John Kerry is so confident that he will succeed in bringing an end to the Israeli-Palestinian conflict, when all his predecessors failed. Does he think he’s more experienced than them, Abrams asked. Is he smarter than everyone?

Defense Minister Moshe Ya’alon took it several steps further, determining that Kerry was “obsessive” about promoting a diplomatic process that had no chance of getting anywhere.

It's true that the distance still remaining between the two sides, even after US President Barack Obama met with Israeli Prime Minister Benjamin Netanyahu and Palestinian President Mahmoud Abbas, had the stock market value plummet of a future permanent agreement. It seems as if Kerry’s famous resolve is not enough to bridge the gaping chasm separating his two Middle Eastern clients on any of the core issues: borders, Jerusalem, refugees and security. The dispute over recognition of Israel as the nation-state of the Jewish people simply hides that chasm.

In the best-case scenario, if Kerry finds the magic formula that will enable the release of the next batch of prisoners — including prisoners who are citizens of Israel — he will be able to drag the negotiations out for another few months. And then what? Will Netanyahu agree, for instance, to turn Jerusalem into the capital of two states? Will Abbas dare to sign a permanent agreement that leaves the Temple Mount (Haram al-Sharif in Arabic) permanently under Israeli sovereignty?

“We are approaching the moment of truth,” said the former prime minister of the Palestinian Authority Ahmed Qurei (Abu Alaa) to an Israeli audience in Tel Aviv on March 14. As one of the architects of the Oslo Accord, he had come to address the diplomatic conference of the Meretz Party, which took place — how symbolically — at the ZOA (Zionist Organization of America) House in Tel Aviv. According to him, the victory of a mentality inspired by military victories and a sense of superiority over inferior beings whose land was conquered have forced even a man like him, who had dedicated his entire life to seeking peace, to come to believe that the time for a two-state solution has passed or is about to pass. He added, “It has become apparent that the negotiations are faltering severely, serving at best as little more than a cover for the expansion of the settlements.”

“I plead with myself and with you to keep the hope alive until the Americans pull a rabbit out of the hat,” the guest from Abu Dis told the crowd from Tel Aviv.

But Ahmed Qurei does not make do with twiddling his thumbs while waiting for the American rabbit to appear, all the while praying that the hat holds up until the longed-for day arrives. He suggests using the time to rebuild trust between the parties. Such trust should inject optimism into the heart of the Palestinian public by letting people know that the end of the occupation is near.

To do that, there is no need for any negotiations or even the formulation of new agreements. Kerry will be able to free himself to deal with the crisis in Ukraine, the negotiations with Iran and maybe even a concerted effort to end the bloodshed in Syria. All that is needed is to go to the archives and pull out two or three documents bearing the signatures of various Israeli prime ministers, including the present one, dust them off and implement them. Fulfilling the existing agreements could completely change the skeptical and even gloomy mood hanging over the diplomatic negotiations. The United States, which was an active partner in formulating these documents and which provided them with its imprimatur, cannot absolve itself from them.

Let’s start with the Wye River Memorandum, which was signed in an official ceremony at the White House by Prime Minister Benjamin Netanyahu and late PLO Chairman Yasser Arafat. They placed their signatures alongside that of former US President Bill Clinton.

Territories in Judea and Samaria are divided into three categories: Area A (under Palestinian security and civil control), Area B (under Palestinian civil control, Israeli security control) and Area C (Israeli security and civil control). In that agreement, Israel committed itself to transferring 13% of Area C in the following manner: 12% reassigned as Area B and the remaining 1% going to Area A. What actually happened was that Israel reassigned 2% of Area C as Area B and changed the status of 7.1% of Area B by making it part of Area A.

Less than a year later, on Sept. 4, 1999, former Prime Minister Ehud Barak and Arafat signed the Sharm el-Sheikh Memorandum, also known as the Amended Wye Memorandum. Present at the signing were former Egyptian President Hosni Mubarak, King Abdullah of Jordan and then US Secretary of State Madeleine Albright.

None of that actually happened. Today, Areas A and B cover less than 40% of the West Bank.

In May 2003, the government of then-Prime Minister Ariel Sharon decided to adopt the road map proposed by the Quartet — the United States, the European Union, Russia and the United Nations. The government’s decision was accompanied by 14 reservations, none of which contradicted the clause in the road map agreement that obligated Israel to completely freeze construction in the settlements and dismantle all outposts established after March 2001.

In March 2005, the Sharon government — in which Netanyahu served as minister of inance — adopted the report on unauthorized outposts of attorney Talya Sason. The decision states, among other things, that Israel is committed to the road map, in accordance with the government decision of 2003. To remove any doubt, the decision also noted, “In the first stage of the road map it was determined that Israel must dismantle the unapproved outposts established since March 2001,” and that, “The government of Israel will stand by this commitment.”

What actually happened was that a few temporary buildings were taken down. In contrast, countless new buildings in dozens of outposts were constructed.

Instead of pouring money into isolated settlements whose very existence under Israeli sovereignty contradicts the two-state solution, the government should pass an evacuation-compensation law, which will allow tens of thousands of those settlers to return to Israeli territory.

A new survey conducted in late 2013 by the Macro Center for Political Economics in cooperation with the organization Blue and White Future discovered that 28.8% of the approximately 100,000 residents of isolated settlements east of the separation wall — or about 30,000 people — have expressed an interest in being evacuated in exchange for compensation, even before a diplomatic agreement is reached. The survey also found that the region whose residents show the greatest willingness (43.1%) to be evacuated before a diplomatic agreement is reached is the Jordan Valley and the northern shores of the Dead Sea, the very area that the Israeli right wants to annex.

Fulfilling the existing agreements and encouraging Israelis to leave the territories is no alternative to Kerry’s important efforts to reach a regional peace agreement based on the Arab Peace Initiative. Actually, it is the crutch without which we will all fall flat on our faces.