Iranian political analyst Amir Mohebbian said that Iran's top leadership had decided to engage with the international community before the 2013 presidential elections and needed someone with Hassan Rouhani's experience to do so. 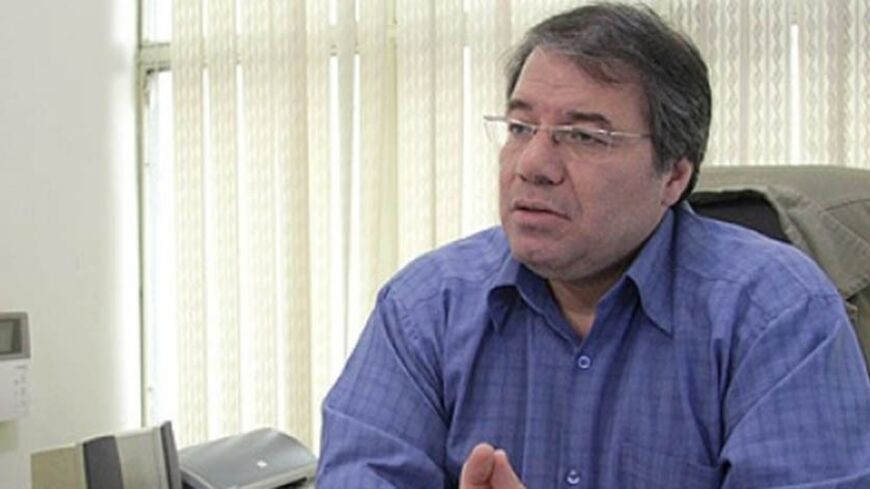 Amir Mohebbian is an Iranian political analyst and editor of Arya News. - Shafaqna.com

A conservative Iranian analyst has said that the upper echelon of the political system had made the decision before the 2013 elections to address Iran's disagreements with the international community and needed someone with Hassan Rouhani’s background to implement the necessary policies.

“I think the system had the intention to make a calculated move in the field of international engagement,” Amir Mohebbian, a political analyst and editor of Arya News, told Mosallas magazine. “Neither [Mahmoud] Ahmadinejad could play this role, nor was it expedient for this to fall in the hands of the Reformists, who do not have the strength for a project this important. Naturally, Rouhani, with his experience and his particular security perspective, had the necessary skill for this matter.”

The assertion that the supreme leader, Ayatollah Ali Khamenei, and his advisers had already made the decision to address concerns about their nuclear program but needed a competent and trustworthy executive to conduct the negotiations is not something that can be proven. In March 2013, however, a few months before the presidential elections, Iranian and American officials met secretly in Oman in what was described to Al-Monitor’s Backchannel as a “useful engagement,” though without “much progress.” Mohebbian, an influential traditional conservative whose views often gain traction in Iranian media and social media, now has the advantage of hindsight to support his theories.

In May 2013, Mohebbian told The New York Times that hardline politician Saeed Jalili would receive 30% of the votes. He won approximately 13%. Mohebbian viewed Jalili’s decision to run in the elections as one of the key factors in Rouhani’s victory.

“The reality was that none of the candidates except for Jalili could have polarized the field so that the society would lean toward the Reformists,” Mohebbian said. Although Rouhani is not a Reformist, he had the Reformists' political backing. Mohebbian also said that someone like Mohammad Bagher Ghalibaf, Tehran's conservative mayor, was not capable of winning in a polarized election and that Jalili’s entrance was the “biggest blow” to Ghalibaf’s candidacy.

“What made the votes for Rouhani meaningful for the people was the presence of Jalili,” Mohebbian contended. “Jalili’s positions were more influential in Rouhani’s victory than Rouhani’s campaign slogans. I think that for an important segment of the people, more than a vote for Rouhani, it was a vote of 'No' to Jalili.”

In addition, Mohebbian views Ayatollah Akbar Hashemi Rafsanjani’s surprise candidacy, which created a buzz in domestic and international media, as an attempt by him to “shift the balance in society and among the Reformists in favor of Rouhani.”

According to Mohebbian, the candidacy of Esfandiar Rahim Mashaei, Ahmadinejad's controversial adviser, was a sacrifice, so that the critics could “empty their anger” through his disqualification. He said, “I think Mashaei and Ahmadinejad know politics well enough [to know] that the system would not [accept] his candidacy or victory.”

In regard to Ahmadinejad’s thinking that Mashaei's candidacy was necessary to prevent Rafsanjani from returning to power, Mohebbian said, “Ahmadinejad understood correctly that Rouhani could not be considered as being outside of Rafsanjani’s camp, but he did not take into consideration that his [Ahmadinejad's] behavior did not create the confidence so that the system would hand him a large project such as solving international problems.”

At the end of the interview, Mohebbian offered, “I have no doubt that if not for the performance of Ahmadinejad’s administration and Ahmadinejad’s character, Rouhani would not have become president.”