Iranian Candidates Vie For 'Party of the Wind'

Presidential candidates are jockeying for position among Iran’s political factions and for the unpredictable swing vote. 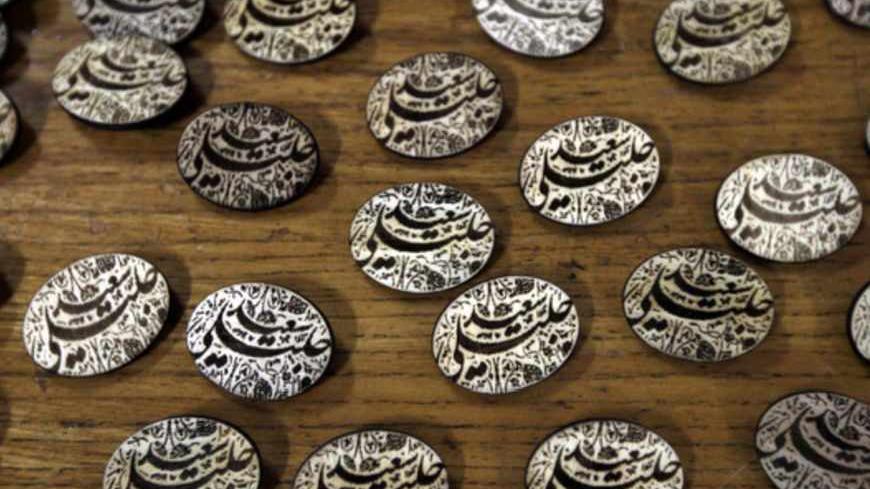 With less than two weeks until the Iranian presidential election, things are still very much up in the air. Perhaps more than seeking to rally the public, most serious contenders are either focusing their energy on setting up alliances that will boost their positions or waiting for those final configurations to emerge. The result is that we have so far witnessed a far less vibrant pre-election atmosphere compared with 2009. This need not, however, forebode a placid vote.

There is a particularly large swing vote in Iran, where it is locally known as the hezb-e-baad (Party of the Wind). As seen in the last presidential election, and in the days leading up to the deadline for candidate registrations, this swing vote can be rapidly excited and mobilized.

The haggling behind the scenes shows the often impromptu nature of Iranian politics, which is exceedingly difficult to forecast. Yet, it should be kept in mind that there is always structure, even in chaos.

Observers would be wise to pay attention to three concurrent (but interrelated) developments that will likely shape the outcome of the June 14 vote.

First, there are indications that the 2+1 coalition — former foreign minister Ali Akbar Velayati, ex-parliament speaker Gholam-Ali Haddad Adel and Tehran Mayor Mohammad Baqer Ghalibaf — is about to crack. The impetus for this initiative was the wish to unite the so-called Principlist camp so as to liquidate the Reformist threat. The disqualification of former president Hashemi Rafsanjani’s candidacy has created the perception of a reduced Reformist threat. Separately, nuclear negotiator Saeed Jalili’s election bid has given hard-liners a figure to rally around.

Both Velayati and Haddad have expressed openness to Jalili’s leadership of the 2+1. However, Ghalibaf, who has been biding his time since his failed presidential bid in 2005, has been eerily silent on this matter. But the picture is complicated by factors other than Ghalibaf’s assumed reluctance to back down in favor of Jalili. Despite Velayati’s declarations, sources who have worked with the former foreign minister tell Al-Monitor he is “unlikely to agree to work for a man who once headed his [foreign ministry’s] office of evaluations.” Considering Haddad’s narrow base and affinity for Jalili, the prospect of the 2+1 turning into either a two-man coalition or two separate presidential bids is not unlikely. Yet, it should be kept in mind that the latter will likely be a function of two other factors: Jalili’s efforts to expand his audience and the potential of the centrists/Reformists rallying behind one candidate.

Jalili has secured the support of hard-line figures such as Ayatollah Mesbah Yazdi, who heads the small but influential Steadfastness Front. It is conventional wisdom in Tehran that the perceived candidate of Supreme Leader Ayatollah Ali Khamenei has the votes of 12 million committed followers. Even if Jalili succeeds in continuing to portray himself as the candidate closest to Khamenei and secures the nezaam (system) vote, it will be far from enough. The base the nuclear negotiator needs to tap into is that which President Mahmoud Ahmadinejad has built during the past eight years.

Against the backdrop of the latter, and Jalili’s promises to maintain the status quo, rumor in Tehran has it that he is Ahmadinejad’s candidate. The argument is that former chief of staff Esfandiar Rahim Mashaei’s disqualified candidacy was just a smokescreen. Some even suggest that Jalili’s candidacy is the result of a compromise between Ahmadinejad and Khameini. This is highly questionable. It is hard to see Khamenei being unaware of an ingenious plot by Ahmadinejad of this scale, let alone making a compromise with a man who has acted to destabilize the political environment.

While Jalili and his campaign have denied the rumors, they function as a double-edged sword. They could either jeopardize backing from the Islamic Republic’s core base or significantly expand Jalili's audience. Regardless of the veracity of the claims, the lack of hard-line Principlists in the race means the rumors are unlikely to undermine Jalili’s efforts to portray himself as the nezaam candidate.

Moreover, like in many other places, in Iran, perception is often more important than reality. Thus, continuing his current image-management strategy while taking no significant measures to stop the rumors will likely work to Jalili’s benefit. The stronger his campaign gets, the less the likelihood of him seeking to join the 2+1.

This brings me to a third and final development: the state of the centrists/Reformists. Following the euphoria accompanying Rafsanjani’s presidential bid, his disqualification led to a significant cooling of excitement. However, after their initial disarray, the centrists/Reformists now appear to be making genuine efforts to put up a fight.

Former chief nuclear negotiator Hassan Rouhani and former vice president Mohammad Reza Aref are slowly but surely surfacing as serious candidates, albeit relatively low-profile ones. On their own, the two have little resistance to offer. However, if they join forces, we might just end up with a Reformist candidate in the second round of polling on June 21. To this end, a seven-member working group led by Aref’s predecessor Mohammad Ali Najafi has been set up to examine and work toward establishing a Reformist ejmaa (consensus). There are still serious differences within this camp that need to be worked out. However, considering the deepening fractures within the Principlist camp, it should be no surprise that Najafi is in no hurry to give the conservatives a reason to stop their bickering. Indeed, Najafi has announced that the outcome of his group’s efforts won’t be announced until Saturday — less than a week before the election.

In sum, to observers disappointed with the frigid pre-election climate: Get ready for a blistering warm front around the corner.

Mohammad Ali Shabani is a doctoral researcher at the School of Oriental & African Studies, University of London, and editor of the Iranian Review of Foreign Affairs. He has worked in media organizations and think tanks in Iran. On Twitter: @mashabani