Egypt’s Specialized National Councils have filed a report to the Egyptian presidency about referring the case of the Ethiopian Renaissance Dam dispute to international organizations, since the negotiations between Egypt and Ethiopia have reached a deadlock. 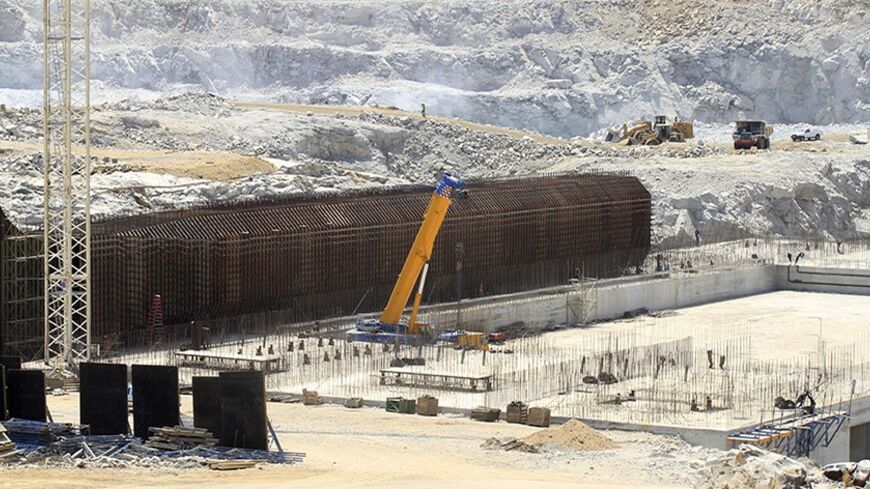 The Specialized National Councils in Egypt filed an important report to the presidency, including a study about referring the issue of the Ethiopian Renaissance Dam to the International Court of Justice for arbitration. The report was prepared in Egypt by a team of experts in law and international arbitration led by Mufid Shehab. Shehab was part of the international Taba arbitration tribunal, through which Egypt succeeded in recovering the town in 1988.

The report, which is still under examination, included a comprehensive study that was prepared in the same way the file of Taba was prepared. The study documents the damage that would be inflicted on Egypt as a result of the construction of the Renaissance Dam and examines the stance of Ethiopia, which contradicts international law and United Nations principles. The report would be filed by the Egyptian government to the UN General Assembly, which would decide whether to present it to the UN Security Council or refer it to the International Court of Justice.

Hani Reslan, head of the Sudan and Nile Basin Unit at the Ahram Center for Political and Strategic Studies, told Al-Monitor, “The study does not include the issue of direct referral to arbitration through the International Court of Justice, since [arbitration] requires a mutual consent from both parties, and it is unlikely for Ethiopia to accept it. This is why the report will be filed to the UN to be later referred upon its order to the International Court of Justice, in case the presidency decided to put the case in motion.” Reslan participated in a closed workshop with the team that prepared the study under the leadership of Shehab.

For his part, former Minister of Water Resources and Irrigation Mohamed Nasser Eldin Allam told Al-Monitor, “The charters of the UN and the African Union stipulate the peaceful settlement of conflicts. Technical negotiations failed; what is now available is accepting mediation with Ethiopia to build a smaller dam, form a fact-finding committee, choose countries to arbitrate between [Egypt] and Ethiopia or refer to the International Court of Justice.”

Allam said, “In case all the aforementioned solutions are refused, Egypt has the right to resort to international organizations to stop the funding of the dam since there is a conflict. This can be done by presenting a memorandum to the UN affirming the historical rights of Egypt.”

“Egypt can also demand the UN and all its organizations stop the funding of the dam and issue a legal resolution drafted by the International Court of Justice regarding this conflict. The Egyptian government has also the right to go to the UN Security Council to stress that this dam poses a threat to regional peace and security, as it threatens the future of an entire people,” Allam added.

He also noted, “No state can remain silent regarding risks threatening the people. Therefore, we ought to take all the necessary international measures against Ethiopia, and we hope that the Security Council will consider our case, which represents a thirst crisis for 90 million Egyptians. According to Chapters VI and VII of the UN Charter, the Egyptian government has the right to resort to all means to put an end to this crisis. Thus, it has the right to take advantage of regional alliances, use soft power and threaten interests. All this is allowed under international law.”

A well-informed government source told Al-Monitor that the decision of the Specialized National Councils to recommend the referral of the matter to the UN was not supposed to be currently revealed, especially since this step was ostensibly put on hold and waiting for a decision within the presidency. This is not to mention the current circumstances Egypt is going through, as the presidential team was expected to study the case so it can be settled with the next president who will be elected in Egypt.

The source confirmed that the government of new Prime Minister Ibrahim Mehleb suggested to the presidency that a new round of negotiations be held with the Ethiopian side; the government of previous Prime Minister Hazem el-Biblawi had decided to escalate matters at international levels through visits to many countries and by exerting pressure to stop the funding of the dam and disrupt its construction. This suggestion also included an idea put forth by Mehleb, which is based on the principle of energy for water. This is a new initiative that will be proposed to the government of Addis Ababa, with its details to be revealed shortly afterward.

Egypt has internationalized the issue of the dam, but will it reach the International Court of Justice? This is the question that presents itself in light of the transitional phase Egypt is going through, where decision-makers are preoccupied with the presidential elections that are in the offing.