Diplomacy, not sanctions, key to deal with Iran

As the American Israel Public Affairs Committee holds its annual policy conference, it would do well to remember that the Obama administration's diplomacy, not sanctions, has yielded better results, according to a former senior Iranian diplomat. 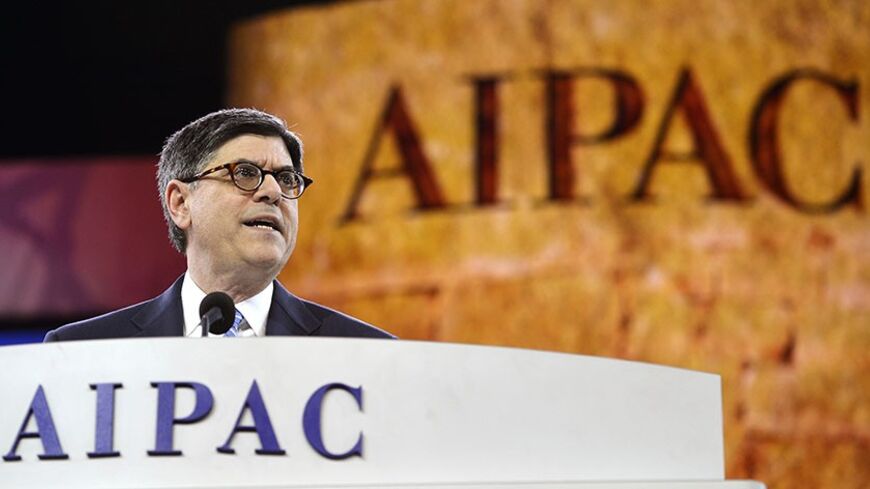 The American Israel Public Affairs Committee (AIPAC), the most powerful pro-Israel lobby in the United States, is holding its annual policy conference March 2-4 in Washington.

Throughout the past three decades, AIPAC has relentlessly lobbied the US administration and Congress to pressure and apply sanctions to Iran to give up its nuclear program. According to its website, AIPAC has been responsible for the "passage of more than a dozen US bills and resolutions imposing tough sanctions on Iran during the past 15 years" in a list of its major accomplishments.

Iran is at the top of the agenda of this year's annual meeting. In a New York Times op-ed last week, Michael Kassen and Lee Rosenberg, AIPAC's president and chairman of the board, respectively, identify the upcoming conference as a venue through which to demonstrate support of "a range of congressional actions that threaten greater economic and diplomatic pressure on the Iranian government." In addition, 14,000 members of the lobby group intend to "urge Congress to outline for Iran the acceptable terms of a final [nuclear] accord … [which] must include, at a minimum, the dismantling of its nuclear program."

Kassen and Rosenberg dispute those who argue that as a result of threatening and intimidating Iran, it "will walk away from the [negotiating] table." Instead, they suggest that "diplomacy that is not backed by the threat of clear consequences poses the greatest threat to negotiations." These assertions are unsubstantiated. Contrary to claims by the AIPAC directors, a review of history demonstrates that the outcome of coercive policies toward Iran have been more, rather than less, threatening to the security interests as perceived by both the United States and Israel.

During the eight years of war between Iraq and Iran, when Iraq was supported by the United States, the Gulf and the West via Operation Staunch, the United States launched a worldwide effort to block arms supplies to Iran while Iran was threatened by the Iraq's then-dictator Saddam Hussein. This prohibition on arms to Iran and the use of chemical weapons killing or injuring 100,000 Iranians led them to build up arms self-sufficiency through extensive efforts within their own country.

Stated another way, the Western arms sanctions against Iran only led it to develop its own wide range of weapons-manufacturing capabilities, from basic to advanced, including the development of the largest and most diverse ballistic missile arsenal in the Middle East. Another major outcome of the war with Iraq was the emergence of Iran's large military forces and its Islamic Revolutionary Guard Corps, the latter of which has been and remains consistently perceived as cause for fear and concern in Israel and the United States.

Expansion of the nuclear program

The US policies of coercion toward Iran, contrary to AIPAC's claims, was a major cause for expansion of Iran's nuclear program. From the early years of the revolution, the United States denied Iran the right to a civilian nuclear power plant and access to the international fuel market. This policy caused Iran to strategize its nuclear program and build enrichment facilities to be self-sufficient on nuclear fuel.

Every time the United States imposed or led the imposition of new sanctions, Iran elevated its nuclear activities in response. From the initial 164 centrifuges used for uranium enrichment, Iran has 9,000 in operation today — more than 19,000 in total. Before the imposition of sanctions, Iran produced no more than 5% enriched uranium, whereas in the face of US-led pressure, it elevated that level to 20%. The country originally had one uranium enrichment facility, but further sanctions exacerbated Iran's resolve and they built a second facility, this one buried deeply under a mountain.

Challenging the US position in the region

Following the undeclared war by the United States against Iran, a conflict that ended in the tragic downing of Iran Air Flight 655 in 1988, killing 290 civilians, Iranians concluded that to thwart the US threat, they had to increase their strategic depth, and set out to become an influential actor in the region. To that end, Iran used its historical ties with the Shiites all over the region, including Iraq, as well as its influence on the armed Shiite opposition groups who fought a low-intensity war against Saddam before his collapse to establish its own position in Iraq.

Seeking to undermine Iran's position in Syria, US and Western policies contributed to a prolonged conflict in which Iran's continued resistance in support of President Bashar al-Assad's regime and the rise of Salafist groups became a serious threat to US security interests.

Ultimately, through the rise of Islamic extremist groups backed by US-Sunni allies in the region, not only have US interests come under attack, but al-Qaeda and its affiliates are closer to Israel than ever.

History shows that coercive US policies toward Iran over the past 35 years have not helped the United States neutralize perceived Iranian threats from any angle. On the contrary, those policies have contributed to creating new dimensions of security concerns and the elevation of those American security concerns that prevously existed.

Despite over three decades of this approach toward Iran, today, the country enjoys an unmatched stability and power in the region while Israel is more isolated than ever. Contrary to the escalation of hostilities, on occasions when the United States has adopted conciliatory tones toward Iran, there has been great success in protecting peace and stability in the region.

For example, the cooperation between Iran, the United States and Russia led to the process of dismantling Syria's chemical weapons, the likes of which many observers believe was the most important elimination of weapons of mass destruction in the region. The Geneva interim nuclear agreement has also resulted in the most significant developments of the last decade toward assuring the United States that Iran would not divert its nuclear program toward weaponization. Iran has so far halted the production of 20% enriched uranium and is in the process of decreasing its stockpile. On Nov. 11, 2013, the IAEA and Iran agreed on a Framework for Cooperation to remove technical ambiguities. The International Atomic Energy Agency (IAEA)’s February report confirmed that Iran is implementing the terms of the interim deal signed between Tehran and the international community last fall, reducing stockpiles of enriched uranium and granting unprecedented access to inspectors.

Furthermore, upon materialization of a final agreement between Iran and the UN Security Council, Iran's nuclear program will become as one of, if not the most transparent of its kind in the world. The US Congress should compare the payoff of coercive policies in the last three decades with the recent conciliatory policies of the Barack Obama administration. Meanwhile, before going back to fruitless, hostile policies such as those from the last three decades, Congress should seek an answer to the question: How realistic is it for the United States to lead the combat against the rising al-Qaedism in Syria, Afghanistan, Iraq and all over the region while entirely ignoring Iran as a potential ally?

AIPAC's approach of more sanctions and more pressure on Iran may be a losing battle, at least for now, as the Democratic-led Senate is so far giving the Obama administration space to try its hand at further diplomacy, which has so far brought this issue the closest it has ever been to resolution.