Why is Turkey buying more gas than it needs from Iran?

Why does Turkey want to double its gas imports from Iran when it's already importing more gas than it consumes? 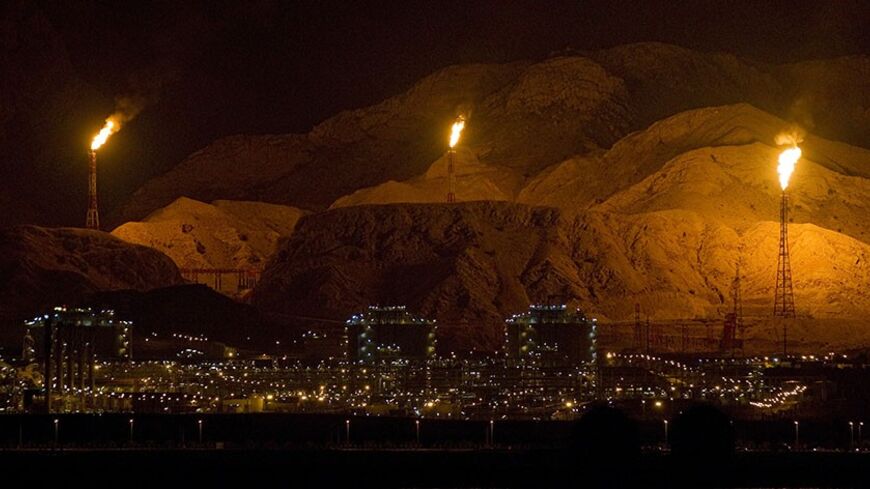 On Jan. 29, Turkish Prime Minister Recep Tayyip Erdogan visited Tehran to bolster trade and energy ties, hoping to reach $30 billion in trade volume by the end of 2015. Turkish Energy Minister Taner Yildiz followed up with an offer Iranian Oil Minister Bijan Namdar Zanganeh promptly accepted. Under the terms of the agreement, Tehran will reduce its gas prices if Turkey doubles its gas imports — from 10 billion cubic meters (bcm) to 20 bcm. Despite the price-reduction commitment, if the gas-import volume continues to increase, Turkey could face a critical budget threat, as Turkey’s gas bills have averaged 9% higher than its consumption volume should have cost over the last six years.

Zanganeh said, "We are willing to lower the gas price supplied to Turkey on the condition that it increases the volume of imported gas from Iran." He noted that the share of gas Turkey buys is important for Iran. According to the US Energy Information Administration, Turkey purchases more than 90% of Iran’s natural gas exports under a long-term contract.

From a Turkish perspective, asking for a price reduction is completely legitimate. Iranian gas prices are already higher than what Turkey pays to any other trading partner. Indeed, in 2012 Turkey took Iran to an international court of arbitration over the high price it charges on its natural gas exports. Although the cost of Turkey’s gas imports is a state secret, information leaked to the media estimates the figures for Azerbaijan at $330 per cubic meter of gas, for Russia at $400 per cubic meter and for Iran at $505 per cubic meter. The price of Iranian gas for Turkey is therefore some 20% higher than average international market prices. According to this scale, Iran’s high prices inflate Turkey's natural gas bill by an extra $800 million annually. But much of the problem in the gas trade between Tehran and Ankara derives from a “take-or-pay” condition that requires Turkey to import predetermined amounts of natural gas — 10 bcm per year — according to a gas deal signed in August 1996 and valid for 25 years.

In these circumstances, even though a price reduction was an appropriate step, to offer to import twice its current volume of Iran gas seems risky considering Turkey’s current deficit. In Turkey, four cross-border gas pipelines are in operation with a total import capacity of some 46.6 bcm: the West Gas (16 bcm) and Blue Stream (14 bcm) pipelines from Russia, the Tbilisi- Erzurum (10 bcm) pipeline from Iran and the South Caucasus (6.6 bcm) from Azerbaijan. Each of these pipelines has a take-or-pay clause in their bilateral agreements. The clause obliges Turkey to make periodic payments of specified amounts whether the gas is delivered or not. The obligation to pay is thus independent of the consumption of the product. For each contract, the take-or-pay volume limit is defined in the pipeline project’s agreement.

Since the 1990s, take-or-pay deals have been a source of conflict with all suppliers to Turkey. Due to its budget deficit, in 2009 the Ministry of Energy and Natural Resources began a systematic negotiation with supplier countries to review take-or-pay conditions. The objective is either to end take-or-pay or reduce Turkey’s commitment for gas-import volume. In this framework, Yildiz’s offer to Iran contradicts his ministry’s strategic plan, as it adds to Turkey's obligations.

With the extra 20 bcm import commitment, Turkey finds itself obliged to pay to import more gas while it can still not consume what it pays for now. When one wonders about what Turkey will do with this extra gas, three scenarios emerge: resell it, store it or just pay the bill but not take it.

If Turkey tries to resell Iranian gas, the most realistic destination seems to be Europe, reviving the legendary Iran-Europe gas pipeline project and sending Iranian gas through the Trans-Adriatic pipeline. If European and US sanctions allow Turkey to go ahead with this enterprise, a price war will erupt between Azeri and Iranian gas in the European markets, putting the agreements for the TANAP pipeline in danger. If Turkey opts to store the extra gas, its current storage capacity will not be enough and Ankara will need to build new facilities. Finally, while from an economic perspective Turkey agreeing to pay for gas it will not use may seem absurd, one can see several political motivations, such as supporting the new Iranian government, normalizing relations or building a partnership during the Syrian crisis.

In all three scenarios, Turkey will need to increase the capacity of the Iranian gas pipeline, which has a current maximum discharge capacity of 14 bcm, or build a new pipeline running from Iran to Turkey’s western border. But in all cases the question remains: As the current Tabriz-Ankara gas pipeline’s capacity is only 16 bcm, how will Turkey will reach the committed 20 bcm? Will Turkey build a new pipeline, and if it does, how?