The kingdom can and should do more to prevent Saudis from joining terrorist forces in Syria and elsewhere. 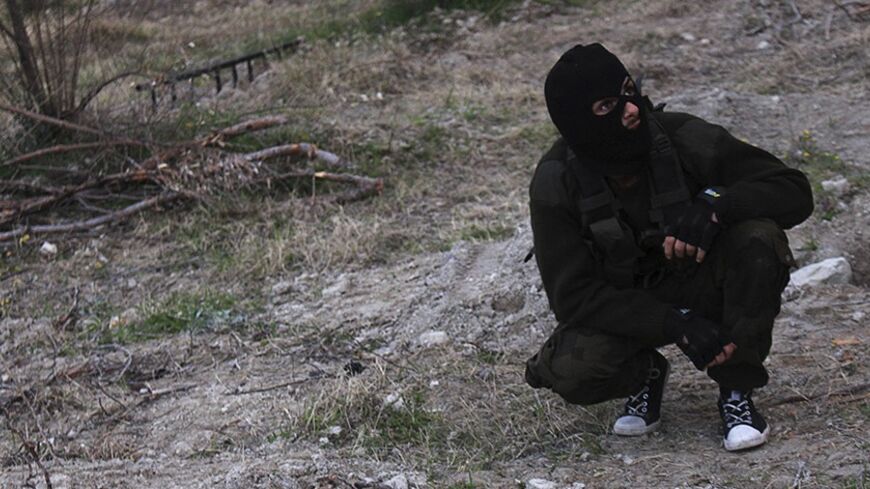 On Feb. 3, King Abdullah bin Abdulaziz Al Saud issued a royal decree that punishes Saudi citizens with three to 20 years in prison for fighting abroad. Those who belong to or sympathize with radical religious and political movements will also be punished. This came after the new Saudi anti-terror law was put into practice Feb. 2.

The Saudi media immediately reported on the range of groups that are targeted by the decree. In addition to the obvious al-Qaeda suspects, other groups include members and sympathizers of the Saudi branch of the Muslim Brotherhood and the Sururis, the large Islamist movement that resulted from the fusion of the Brotherhood ideology and the Salafist tradition in Saudi Arabia. In short, the royal decree targets a range of Islamists whose presence in Saudi Arabia is not regulated in political parties, as those remain illegal, but function as trends with well-known leaders and followers. It seems that both the new law and the royal decree are desperate attempts to face serious domestic and regional challenges. However, it is uncertain whether they will deliver peace.

At the domestic level, it seems that the Saudi government is determined to punish not only the radicals but also the moderate Islamists who have not challenged it in an open confrontation since the Arab Spring erupted. It is worth noting that those moderate Islamists were the first to reject online calls for demonstrations in March 2011. They sided with the government and distanced themselves from demonstrations and civil disobedience. But after Riyadh supported the Egyptian coup in 2013, many Saudi sympathizers of the Muslim Brotherhood began to criticize their own government for continuing to subsidize military rule in Egypt. The new decree is bound to end this late episode of transnational Islamist solidarity. But the Saudi government may not be able to continue to count on its own moderate Islamists for support, as that group may increasingly drift away from its present coexistence with the regime. How many of them will abandon their moderate stance remains to be seen, but feeling frustrated, trapped and under constant surveillance may drive some to abandon the current truce.

At the regional level, the royal decree came at a time when Saudi Arabia is facing criticism over its continuous support for rebel groups in Syria and reports about Saudis participating in the fighting on the side of radical Islamic rebels. The government tried to create an Islamic Front under which so-called moderate Islamists could topple the regime of President Bashar al-Assad while leaving more radical brigades to fight under the banner of the Islamic State of Iraq and al-Sham. The deterioration of the situation in both Syria and Iraq raised many questions over Saudi involvement, and Riyadh remains accused of sponsoring radical groups and undermining diplomatic efforts. In an attempt to change this image, judge and Consultative Council member Issa al-Ghaith explained that the royal decree sends a clear message to the West that Saudi Arabia is serious about fighting terrorism. The previous Saudi policy of using jihadists as an arm of its foreign policy in places like Afghanistan may have reached a dead end. Instead of the government subsidizing jihadist flights to Pakistan in the 1980s, it seems that now, jihadists face serious prison sentences upon their return to Saudi Arabia.

If jihadists are killed in Syria, the Saudi government may not care too much about their demise, but if they return with serious military skills, Riyadh has a lot to worry about. Returnees from Afghanistan and other jihadist destinations have inflicted serious damage in Saudi cities since the 1990s. The threat was only contained in 2008. A combination of sticks and carrots allowed the government to claim victory over both the returnees and its own homegrown jihadists that never became part of an international brigade. Heavy security measures combined with rehabilitation programs and the promise of a comfortable family life are now described as clever policies that ended the most deadly episode of bombing in modern Saudi history.

Yet, it seems that regional conflicts since 2003, such as in Iraq and later in Syria, coupled with the transformation of jihad from a global war to protect Muslims into local sectarian wars in support of oppressed Sunnis promise to keep Saudis interested in fighting abroad.

The Saudi regime wants the world to see those Saudi jihadists as independent non-state actors over which the government exercises no control, thus absolving it of any responsibility. This raises an important question with regard to the government’s ability to control the flow of its own citizens to overseas destinations, where they assist other rebels. However, such an explanation does not seem appropriate in the Saudi context for one simple reason: Saudi Arabia is not one of the countries where religion, believed to be a source of inspiration for jihadists, is the realm of the individual and part of an independent civil society. In Saudi Arabia, the state and religion are fused and tend to support one another. The former provides institutions and funding to regulate religious activities and education, while the latter enjoys those benefits in return for supporting government decisions. The two may occasionally collide over specific policies, especially those that touch on social life, but in general, the relationship is harmonious.

Yet, the problem in Saudi Arabia started when a dogmatic Wahhabi tradition struggled to maintain control over the dissenting voices that emerged from within its rank and file. The more this tradition insisted on obeying political leaders, the more it fragmented and mutated, producing lethal outcomes that came to haunt not only Saudi Arabia but also the world. The government called upon its most trusted clerics to eliminate the challenge of a fragmenting religious tradition, but it was too late. It was difficult to debate religion in a country where monolithic interpretations, conformity and obedience are the norm. Top-down religion proved to be detrimental not only to society but also to religion itself. The more the religious tradition fragmented, the more the Saudi government felt it needed to control it to mitigate further dissent. It promoted debate to absolve itself from responsibility and put the full perceived burden on society. Supported by a large media empire, the state wanted everyone to believe that society is radical, while it is in fact progressive. In this way, the government protected itself from being seen as an accomplice in providing an institutional niche for radicals.

But many in Saudi Arabia are not totally convinced that society alone should be held responsible for the jihadist trend. The banned Association for Civil and Political Rights in Saudi Arabia, founded in 2009 by a group of activists who are now serving long prison sentences, recently issued a communiqué asking the government to take responsibility for the flight of Saudis to jihadist destinations. It reminded the government of its recent history of encouraging young Saudis to go abroad and official clerics delivering sermons and writing pamphlets on Saudis' responsibility to support their Muslim brothers. This statement came after the Saudi media tried to associate certain well-known independent clerics with calls for jihad in Syria, when they in fact advised young Saudis against it.

The question of who encourages Saudis to wage jihad in Syria will probably remain unanswered in a country where the government is always right and its policies are never openly debated. Yes, of course there are known clerics who boast about encouraging jihad in Syria in their fatwas and YouTube clips. But we are not likely to get the full picture if we limit our observation to those well-known cases. Without fully debating this question and providing evidence, the problem of blaming the government or society will only continue to persist and no solution will be found to deal with future challenges created by Saudis participating in battles abroad. To blame religion alone falls short of explaining the problem as long as religion remains under the Saudi government’s control. In the past, the regime relied on religion to legitimize a series of foreign policy options from eliminating so-called atheist, leftist and nationalist tends to pan-Islamism, all of which were pursued under the religious umbrella of its most senior clerics. As such, it is doomed to remain an accomplice that can never be fully absolved of responsibility when it comes to instrumentalizing religion for pure political reasons. When the accomplice is endowed with huge oil resources, the picture becomes clear.

It is time for the Saudi government to admit responsibility for manipulating religion and creating the conditions that make Saudis vulnerable to calls for jihad abroad. If it is serious about fighting terrorists, it should catch them before they go abroad rather than wait until they return from battles where the mission is already accomplished.