Israel’s political leaders do not share anything close to the US secretary of state’s urgency to reach an agreement with the Palestinians. 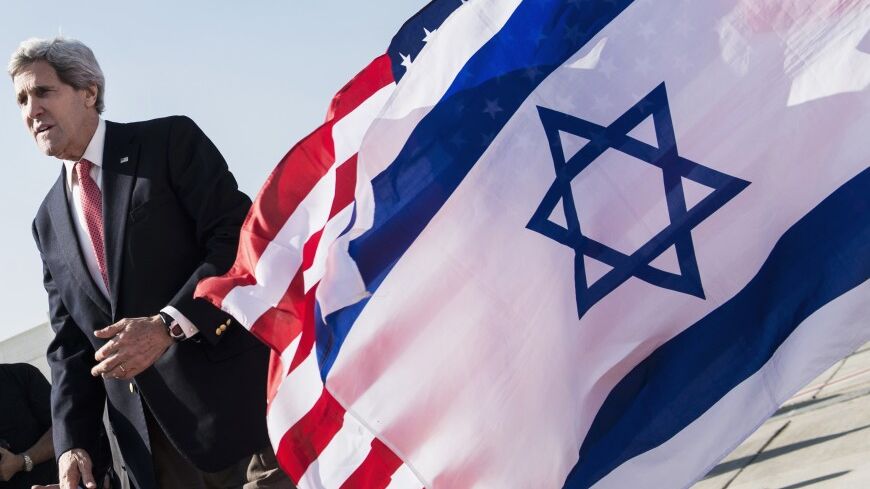 During the darkest days of the second intifada, Israel’s then-Prime Minister Ariel Sharon famously demanded “seven days of quiet” as a condition for negotiations. Who remembers that at that time diplomatic efforts focused on implementation of the Tenet Plan and the first Mitchell report calling for a freeze on settlements?

Well, the seven days of quiet is now more than seven years. The guards sitting at the entrance of every Israeli cafe have long since disappeared, and the walls Israel is building around itself contribute to a renewed sense of security. Prime Minister Benjamin Netanyahu is in no hurry to upset a deluxe occupation that enables Israel to consolidate its hold on the West Bank and exploit what he sees as an unprecedented opportunity for Israel, if not to make peace with the Arabs, then to make “strategic gains” at their expense in the wake of a historic collapse of Arab power.

The contrasting narrative of US Secretary of State John Kerry is clear and compelling. Occupation, he says, harms both peoples, endangers Israel’s ability to live in peace with its neighbors and undermines Palestinian prospects for a prosperous and secure future. A deal with PLO Chairman Mahmoud Abbas is Israel’s last, best chance to end the conflict.

Kerry makes no secret of what is driving him. “Everywhere I go in the world, wherever I go, I promise you, no exaggeration, the Far East, Africa, Latin America, one of the first questions out of the mouths of the foreign minister or prime minister or president is, 'Can't you guys do something to help bring an end to this conflict between Palestinians and Israelis?'"

The trouble is, Netanyahu and most of his government, and not a few outside it, just do not buy the narrative Kerry is trying to sell. Kerry insists, “Today’s status quo, absolutely to a certainty, I promise you 100%, cannot be maintained. It is not sustainable. … It’s illusionary.”

Au contraire, replies Netanyahu. There are countless obstacles to a peace agreement, but perhaps the most difficult one to overcome is the overwhelming sense of complacency that defines Israel’s political establishment. During the second intifada, Sharon refused to “negotiate under fire.” Well, now the fires of Palestinian rebellion have been extinguished, only simmering embers are left. So why try to fix something that isn’t broken?

Shin Bet Chief Yoram Cohen, told the Knesset Foreign Affairs and Defense Committee on Feb. 5 that if talks with the Palestinians fail, it will not lead to an escalation in terrorism in the West Bank. "The number of terror attacks is also a result of internal problems in the Palestinian street," Cohen reportedly said.

Moshe Ya’alon may be Netanyahu’s defense minister but he is also a true son of Israel’s Labor Party establishment. The “salt of the earth” as they say. “I don’t sanctify land,” he explained at the Munich security conference, but if American efforts fail, the sky will not fall.

“Hopefully," he says, “we’ll get recognition of our right to exist as a nation-state of the Jewish people, [Palestinans will] give up the right of return, and address our security needs. … If not, we will manage.”

Ya’alon is not alone in aspiring to manage rather than to solve the conflict. Moshe Dayan himself first laid down this marker when he said that Israel’s task was not to reach a solution with the Arabs, but to learn to live without one.

“We are living in peace,” declared Dayan at a 1977 conference marking the first decade of Israeli rule in the territories. “There is less violence in the territories than in Tel Aviv. Ten years of negotiations with Jordan, including direct negotiations, went nowhere. Why? Because there wasn’t a territorial line dividing the West Bank acceptable to the parties. … The question is not, ‘What is the solution?’ but ‘How do we live without a solution?’”

Some days after Dayan spoke, I met with Anwar Nusseibeh, a Jerusalemite and former Jordanian defense minister, who criticized Dayan’s support for the status quo. “Mutual recognition” by a process of “compromise and consensus” was “the first step in the process of conciliation.” Israel’s policy of “creating facts,” he charged, “implied a policy of dictating terms.” He saw Israeli policy as “an attempt to empty the West Bank of its political content before emptying it of Arabs. How can Israel preserve its demographic majority and its security?” he asked. “How can it maintain the occupation and accomplish all this within a democracy?”

Almost 40 years later, Kerry is asking the same questions. Then, as now, Israel remains unmoved. Most Israelis, for example, believe that Kerry was threatening Israel when he suggested that a boycott could impair Israel's economic prospects. A poll conducted after his remarks revealed that 61% of Israel’s Jewish public thought Kerry was trying to threaten Israel in the framework of its negotiations with the Palestinian Authority. Only 21% felt the statement came out of concern for the Jewish state.

Netanyahu acknowledges that he does not have all the answers. But unlike Kerry, this uncertainty is not keeping him awake at night. Naftali Bennett, too, does not feel the existential angst about the future. Netanyahu’s minister of economy and the poster child of Israel’s high-tech future considers the occupation little more than a “pimple” on his backside. Even Shimon Peres, lionized by many foreigners as the embodiment of Israel’s search for peace, looks at the prospect of a boycott to protest the occupation and yawns, “Been there done that.” Just as Israel prevailed over the Arab boycott without surrendering to its dictates, so too will it survive current interest in sanctioning Israel because of its occupation and settlement policies.

According to Matti Steinberg, a former top Israeli intelligence official, Israelis may well understand the problems they are facing, but “they have not internalized the costs” of addressing them. Kerry is fighting this complacency. But the remedies he is preparing are yet insufficient to turn the tide.