As Iraq welcomed Interfaith Harmony Week at the beginning of February, there is a need to separate religion from state and reform school curricula in the country. 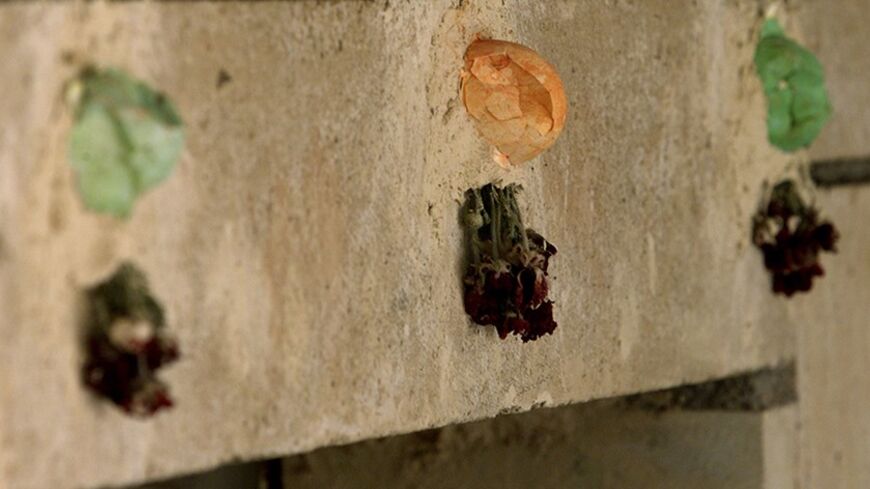 Painted eggs and dried flowers decorate the doorway at the Yazidi temple in Lalish, north of Mosul, May 11, 2003.

On Oct. 20, 2010, the United Nations declared the first week of February the annual Interfaith Harmony Week. That decision came after a series of UN attempts to promote peace and harmony between different cultures and religions in the world. Iraqis warmly greeted Interfaith Harmony Week, despite the grave sectarianism and violence in Iraq for more than a decade.

Nikolay Mladenov, the special representative of the UN secretary-general in Iraq, inaugurated Interfaith Harmony Week by attending St. Joseph Syriac Catholic Church, accompanied by religious leaders of different religions and sects in Iraq. He gave a speech in which he called for Iraqis to “unite and stand as one in the face of the forces that want to divide you.” He emphasized that political and religious leaders have a responsibility to confront extremism and sectarianism.

The activities included multiple visits to Iraqi holy places such as Christian churches, Yazidi temples and Shiite and Sufi shrines. The participants called for consensus and cohesion among religions in spreading the message of peace, tolerance and in rejecting violence and hatred. A youth group page on Facebook arranged visits to various holy places to expand knowledge of other people and counter the wrong images of various groups, especially minorities.

In an interview with Al-Monitor, Alaa Aziz Tarish, the second in charge of Mandaeans in Iraq and the World (the global religious organization for Mandaeans), talked of the need for strategic work to establish harmony between Iraqi religions and move beyond programs, events and media propaganda. He pointed to the extensive work done by the Iraqi Council for Interfaith Dialogue in narrowing the gap between the views of religious leaders and in working to reform the laws relating to protecting religious harmony and reforming school curricula that give false images of some religions and sects.

Tarish emphasized the need to fight popular stereotypes in Iraq. He gave the example that society has a general picture linking the Yazidi religion with devil worship and that its holy places are satanic temples. For the first time in the history of this religion, on Feb. 5, a number of Muslim, Christian and Sabian clerics were invited by Tarish to pray in the Yazidi temple to fight the prevailing stereotype.

There is no doubt that these events are needed. What needs to be done in the case of Iraq, however, is for people to work harder at coming up with realistic solutions to sectarian and religious violence. Iraq needs to enact explicit and rigorous laws that provide realistic guarantees to protect religious harmony and that call for the rejection of all types of violence and religious discrimination.

Iraq needs to separate state from religion so that all Iraqi religions are equal before the law. The Iraqi Constitution has declared that Islam is the official state religion and a basic source of legislation, and bars any law that violates Islamic laws. That represents a form of religious discrimination and prevents religious freedom. The Constitution doesn’t guarantee freedom of religion — a basic right. For instance, leaving Islam is not allowed in Islamic law and could be punished with the death sentence.

There are many laws that have been left over from the former regime. They include laws that discriminate against specific religions such as the Baha’i faith. Those laws should be removed, and laws against religious discrimination or violence should be enacted.

Iraq needs to limit and curtail the work of religious parties, which preach a particular religious vision of the world and try to impose it on all of society. The state must prevent these parties from mixing between religious views and managing the public affairs of a country having different religions and cultures.

Iraq needs a fundamental change in the school curricula, which still promote false stereotypes that may end up justifying violence. In addition, there is a need to establish a new curriculum to teach and train new generations on the need to maintain the country’s creative diversity and respect all beliefs, religions and creeds as being personal choices of Iraqis that emanate from free will.

Iraq needs to prevent the use of all kinds of religious symbols in state facilities to ensure freedom and equality for all without distinction, especially in a country fraught with religious disagreements. The state must be above all that, and be completely neutral.

Finally, many activists in the field of religious tolerance find it difficult to understand that it is impossible to provide an example of successful religious harmony from within a particular religious vision. The only solution is to make the state completely neutral whereby freedom and protection from attacks can be guaranteed for all. That would pave the way for cultural cooperation between different religions and beliefs in the country and for working together toward common goals.