Although the Independent Electoral Commission of Iraq has established itself as a relatively credible and transparent organization, there are concerns that the upcoming parliamentary elections could be plagued by fraud. 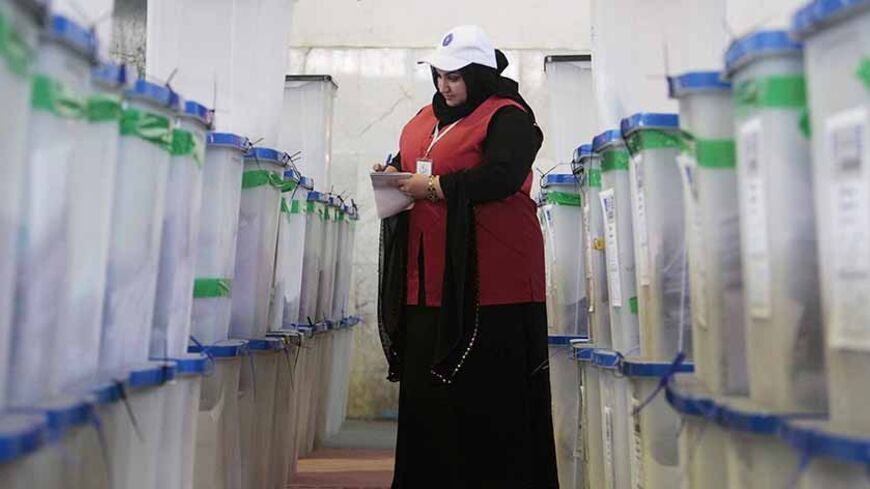 Ever since its establishment in 2004, the Independent Electoral Commission of Iraq (IHEC) has maintained a good deal of impartiality in an extremely divided political environment. Although the Sunni political forces accused it of electoral fraud and manipulation after the 2005 parliamentary elections, and Prime Minister Nouri al-Maliki’s coalition brought up similar accusations after the 2010 parliamentary elections, none of the accusations resulted in a refusal of the election results or in a big constitutional crisis.

The April 2014 parliamentary elections are just around the corner, and electoral campaigns are preceding these. The pressure on the electoral process will mount as we approach the election date, which makes us wonder whether IHEC will be able to withstand in Iraq’s highly factional politics. The IHEC was founded to be an independent and impartial commission with the credibility to manage electoral processes. The United Nations supported the IHEC, and an international expert was a member of the first Board of Commissioners that was established under the authority of the Coalition Provincial Authority. However, the role of the UN dwindled after the commission developed its capacities and skills, expanded its institutions and gained electoral experience. Meanwhile, the Iraqi parliament assigned new commissioners by following the new habit of sectarian, ethnic and factional apportionment, just like most public positions.

Gradually, the Board of Commissioners, which today includes nine members, became more factional, and some observers, independent politicians and small parties complain that its members are affiliated with the major parties. Still, this did not undermine the commission’s credibility. An expert who worked with the international team supporting the commission confirmed to Al-Monitor that the current council enjoys good degree of professionalism and experience. The impartiality of the commission was prioritized over the independence of its members, and this impartiality was guaranteed by the quasi-partisan representation in the commission. However, this arrangement was to the detriment of the small parties that were not represented and, as a result, cannot exert direct pressure on the commission’s members, when needed.

The Council of Commissioners issued, in February 2014, a statement in which it announced its decision to ban Shams Network from monitoring the elections. Shams is a major network that was founded to ensure the safety and impartiality of the electoral process. It has worked in the past alongside the commission. The commission announced that its decision came after the said network breached the code of conduct. The commission specifically referred to the statements of the head of the network, Hoger Jato, regarding the electronic voter cards system that the commission intends to implement in the upcoming elections.

The commission did not wait long before replying to the statement of Shams Network. The spokesman for the commission stated on Feb. 10 that Shams is acting as though it were a political party and its claims are an attempt to “distort the electoral process.” The speaker claimed that the network’s reports are relying on false information and inaccurate allegations. This is the first time that a public clash between the commission and a major monitoring network in the country takes place. If this clash evolves and expands to include other observation networks, the commission’s interests to render its electoral activity legitimate might be jeopardized, in a political environment that is marred by distrust between the competing parties or wariness of the transparency of the institutions.

In an attempt to distance itself from the political conflict, the Board of Commissioners issued, on Jan. 11, a decision not to welcome any member of parliament or ministers at the national bureau of the commission. Although this decision symbolized the commission’s endeavors to resist political intervention, most pressure, in fact, comes in other indirect forms. A former employee in the commission told Al-Monitor that focusing on the leadership of the commission to understand its political influence is not enough. The political forces have focused their efforts in the past on the lowest rank employees who deal directly with the voting process. Mostly, the concerns about possible fraud are concentrated on polling centers in closed or unstable regions, or military voting, that are hard to monitor in compliance with sound international standards.

Clearly, the electoral registry remains a problem that the commission regularly faces, and it was one of the reasons that pushed the commission to adopt the electronic card system. A big budget was invested in this system to guarantee that no breaches happen. Still, some believe that a large number of voters did not get the electronic card for lack of a sound distribution mechanism, thus triggering concerns that this might lead to problems on election day.

Unlike other independent bodies, such as the Media and Communications Commission and the Commission of Integrity, the electoral commission is still credible and professional in its work, and it still has not succumbed to the pressure of the cabinet. However, the intensity of the current conflict — which has taken a political turn with the assassination of a Sadrist election candidate — indicates that there will be greater pressure in these elections than in any previous electoral process, given the fact that it is the first parliamentary election after the complete withdrawal of the US forces. Iraq’s conditions, just like those in any country experiencing serious divisions and having fragile institutions, will keep raising legitimate questions about integrity of the electoral process, its level of fairness and the reaction of major political actors to its results.

The behavior of the electoral commission will be decisive in answering these questions.