Palestinian President Mahmoud Abbas should return to the statement made in 2004 by Palestinian Chairman Yasser Arafat, recognizing Israel as the Jewish state, while Israelis should recognize Palestine as the homeland of Palestinians. 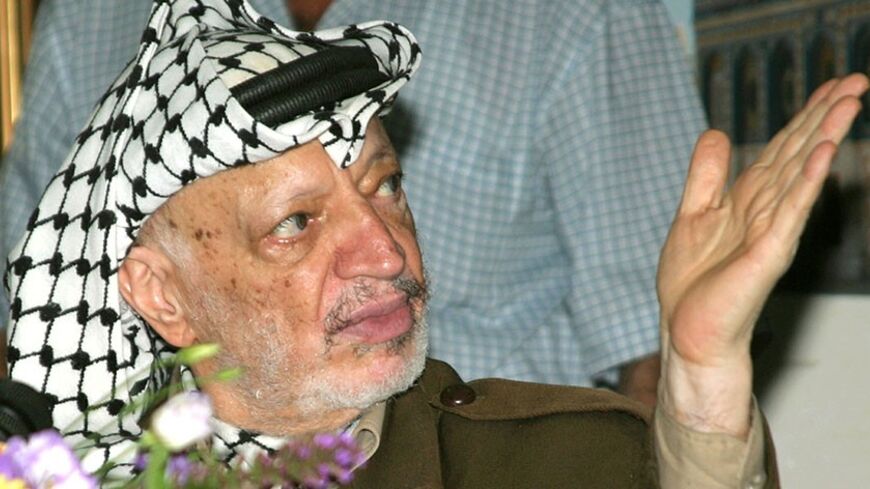 According to reports on Feb. 23, the demand that the Palestinians recognize Israel as the nation-state of the Jewish people is one of the biggest obstacles standing in the way of US Secretary of State John Kerry in formulating an agreement in principle. At the end of the meeting between Palestinian President Mahmoud Abbas and French President Francois Hollande at the Elysee Palace on Feb. 21, a senior official in the Palestinian leader’s party told the French news agency that the Palestinians rejected Kerry’s proposal regarding mutual recognition of two states for two people.

If a solution is not eventually found for the unequivocal demand of Israeli Prime Minister Benjamin Netanyahu regarding Palestinian recognition of Israel’s national identity, the negotiations will be recorded as an unusual phenomenon in the history of international conflict resolution. According to Netanyahu himself, in his Bar-Ilan speech of 2009 and on other occasions, the two-state solution is a prerequisite for preserving Israel’s Jewish and democratic character. This means that if negotiations aimed at promoting this solution hit a dead end due to Palestinian refusal to recognize Israel as the nation-state of the Jewish people, Israel will merge with Palestine and will thus lose its Jewish identity (or its democratic character). It appears that leaders who declare their willingness to make painful compromises, preserve national identity and maintain the demographic balance are handing over these essential interests to their rivals.

Official Israeli spokesmen and pundits such as Ari Shavit are asking whether it is possible that Israel is willing to recognize a Palestinian state as the nation-state of the Palestinian people, while the Palestinians refuse to recognize Israel as the nation-state of the Jewish people. Actually, these Israeli Jews are proposing that in return for the Palestinian national movement’s denial of its national affinity for what it considers parts of its homeland, Israel will deny the Jewish people’s affinity for what they consider their homeland.

Well, yours truly is willing to give up Israeli sovereignty in Hebron, Nablus and perhaps even in the Holy Basin of Jerusalem, but hereby declares that he will under no circumstances deny the Jewish legacy and his people’s affinity for Hebron, the city of the patriarch Abraham; for Nablus, where Joseph herded his sheep in the fields; and for Absalom’s Tomb at the foot of the walls of the Old City of Jerusalem. By the same token, he does not expect a Palestinian to declare that Jaffa, Nazareth and the Talbiye neighborhood in Jerusalem are the sole domain of the Jewish people, and thus deny his legacy and/or his history.

How does one resolve this tangled web? Is there a way to turn a new page in the relationship between the two neighboring people, without tearing the old pages to shreds? About 10 years ago, I heard an interesting answer to these questions from Arafat, the first Palestinian leader who recognized Israel within the June 4, 1967, borders. In advance of a June 2004 interview I conducted with him at the Muqata — together with the then-chief editor of Haaretz, David Landau, in the days when Arafat was under house arrest — a senior Israeli official called me and said, “I hear you’re about to interview Arafat. It might be worth your while to ask him whether he recognizes the State of Israel as a Jewish state.” Afterward, that same official told me that Arafat had promised him a positive answer to the question. Meaning, he wasn’t just speaking haphazardly.

Arafat was referring to the preamble of the Palestinian Declaration of Independence, published in Algiers in November 1988, which starts out with the words, “Palestine, the land of the three monotheistic faiths,” and goes on to offer a message of peace “from Temple, Church, and Mosque.” In the operative part of the founding Palestinian document there’s a reference to the 1947 UN partition plan, which, according to the Declaration of Independence, “provides those conditions of international legitimacy that ensure the right of the Palestinian Arab people to sovereignty.” This is the same 1947 UN General Assembly resolution that declared the establishment of two independent states, “the Arab and the Jewish,” in Israel, that was part of the British Mandate.

Arafat’s important words were drowned out in the storm over Israel’s unilateral withdrawal plan from the Gaza Strip, which had been revealed three months earlier. Four months after the interview, Arafat fell ill and died in a French hospital. On Feb. 20, Haaretz diplomatic commentator Ari Shavit pulled Arafat’s quote from the paper’s archives. “I hereby seek to revive Haaretz’s dramatic scoop,” Shavit wrote. “Arafat recognized Israel as a Jewish state. The leader of the Palestinian revolution, president of the Palestinian Authority and commander of the armed struggle accepted the fact that Israel is a Jewish state, and must continue to be one.”

Hence, Shavit concluded, “What Arafat permitted, Abbas cannot forbid.” He predicted, “There won’t be any peace if Abbas doesn’t follow in Arafat’s footsteps and says that Israel is a Jewish state whose Jewish character must be preserved.” It’s a pity that Shavit didn’t quote all of Arafat’s answers regarding recognition of Israel’s Jewishness.

"Joseph and his father and his brothers were living beside Nablus. That's in the Bible. It is in our Quran,” Arafat said, laughing. “We stayed here and you went to Egypt.” The Palestinian leader was referring to the biblical tale of Joseph’s brothers, who sold him to an Ishmaelite caravan that passed by the fields near Nablus where they were herding their sheep, and they, in turn, sold him to Egypt [Genesis 37].

“Who can say, therefore, that there is no relation [between the Jews and the land]?” Arafat asked and continued, “Actually, you are my cousin. I am from Abraham, Hagar. My grandmother was Hagar, and you are from Sara. … And you, when Sara died, he got the cave in Hebron to bury her there, and still there is an agreement between us, that you have the right to visit this cave that is a part of the Abraham Mosque in Hebron.”

The obvious solution is this: the State of Israel and the state of Palestine will each recognize the other’s sovereignty within agreed-upon borders, and will also recognize each people’s affinity for its historic homeland, as well as freedom of access and worship at the holy places of all three religions.