If approved, Egypt's constitutional referendum could pave the way for a presidential run by Defense Minister Gen. Abdel Fattah al-Sisi in the tradition of former President Gamal Abdel Nasser. 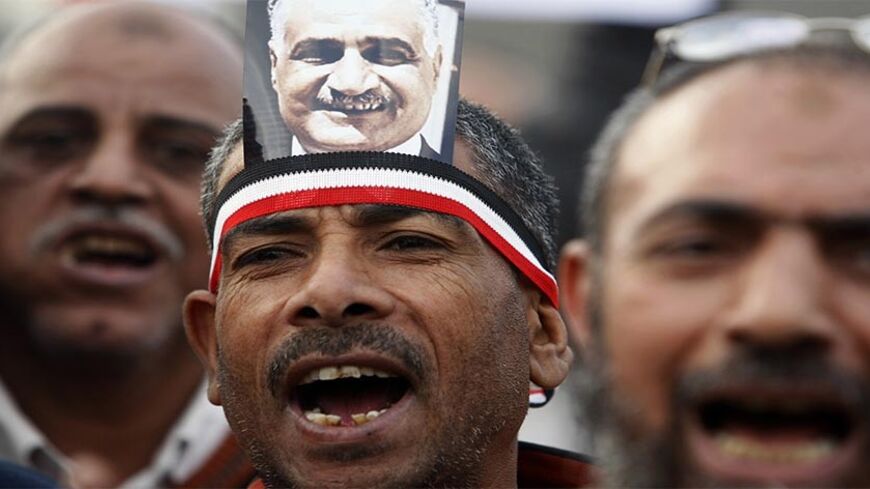 On Jan. 14-15, Egyptian citizens will vote on a new constitution in a referendum that is expected to be approved by a majority. Some who started the revolution — like the April 6 Youth Movement — are inclined, perhaps determined, however, to vote against it, the reason being that it allows military trials for civilians and requires the approval of the army to dismiss the defense minister. The vote comes on the eve of President Gamal Abdel Nasser’s birthday, a coincidence that might animate those who remember his Arab nationalist commitment to participate enthusiastically in the vote.

After the referendum is voted on and the constitution adopted, it seems the presidential election will be moving toward a vote for Defense Minister Gen. Abdel Fattah al-Sisi. Although his role in reflecting the legitimacy of the current government is acknowledged, the question nonetheless arises as to whether the election of the army’s leader reflects an ongoing precedent, the “military president,” that is wise? In this case, it might give the impression that the constitution and the referendum were tailored to foreclose all other serious candidates for the office. Sisi has not declared his candidacy, but the overall impression is that if announced, it will not be opposed.

Egypt is central to the Arab world. It is the one country that renders Arab unity a logical and credible objective in as much as it is the arena where West Asian Arab countries converge with Arab Africa in an Arab national entity. This is in addition to it being the largest and historically most important Arab state. That is why the coincidence of the referendum with Nasser’s birthday evokes memories of a period when the objective of Arab unity was an inspiring hope.

Perhaps this hope can again be animated.