In an exclusive interview with Al-Monitor, former Iraqi Prime Minister Ibrahim Jaafari says the “real world war today is the war of terror." 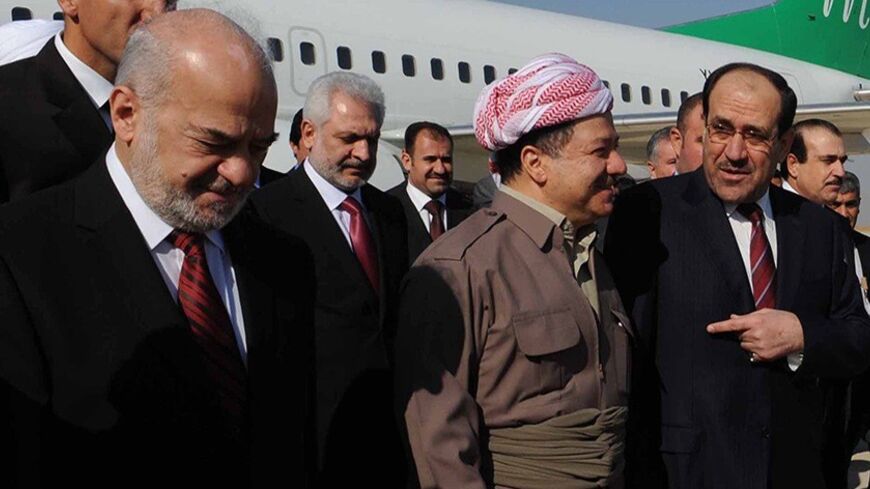 TEHRAN, Iran — When the coalition invaded Iraq to topple late dictator Saddam Hussein, Ibrahim al-Jaafari, a former prime minister and back then one of Iraq’s prominent opposition figures, was one of the few in his camp who opposed the US-led invasion. However, after the fall of Saddam, Jaafari became the first head of his country’s interim governing council that was known to be backed by Washington, and later on he won the 2005 election.

“I’m against any war against my country, I don’t believe in wars,” he told Al-Monitor in Tehran. He said that he’s always a fan of political settlements and that’s why he backs the Iranian-US rapprochement and political solution in Syria, but in Iraq, he backs his successor and former comrade Iraqi Prime Minister Nouri al-Maliki’s campaign on al-Qaeda-backed groups in Anbar province.

“When the administration suffers from armed militants, its main responsibility is to fight and liberate the country from them,” explained Jaafari, adding that most of the militants aren’t even Iraqi, "but even if they are Iraqis they don’t have the right to fight their government.”

Al-Monitor: But what about the popular support they enjoy in the areas where they are based?

Jaafari: That’s normal, every virus has its environment, the new terror didn’t start in Iraq, it started in the United States, in New York and Washington, then it spread to Europe then Sudan and Syria and Iraq. It’s a globalized trend, a culture of death, therefore governments are to defend their people.”

The real world war today is the war of terror, wherever you go there’s a possibility to witness a blast, if you go to the market, to a mosque, to a church, wherever. New measures should be introduced. In the US and the UK, they faced the terror wave with certain measures that proved successful. There’s a culture of terrorism that we need to confront, from schools to the workplace.

On the political front, Jaafari told Al-Monitor that his relations with Prime Minister Maliki are good, saying, “We are long-time friends, we used to be together at the same Dawa Party.”

Al-Monitor:  Why, if relations are good, did you decide to leave the Dawa Party and form his new movement?

Jaafari: I decided to leave the Dawa Party after I witnessed several problems, but still I didn’t launch my new movement directly, nor did I use Dawa’s name because I’m not in any way tending to say I’m a defector from the party.

Our movement won more than 220,000 votes and we only got one seat at the previous election, while another group that got 65,000 votes got 10 seats.

Nobody can stop Mr. Maliki from running for a third term, nothing in the constitution says that. There are some who don’t want Maliki to run. From my point of view if they don’t want him, they’d rather vote for that. To me, I do support Maliki and back him, I’m a strategic ally of anyone who fights for Iraq.

Al-Monitor: What about your position on relations with the Kurds?

Jaafari: Our relation with the Kurdish people doesn’t have anything to do with our differences with the Kurdish local government. We need to make it clear that Iraq’s main door is Baghdad, even our friends the Turks need to understand this. Turkey has the right to invest in Iraq but through the main gate.

Al-Monitor: What about Iraq’s relations with the US and Iran?

Jaafari: The Iranian US rapprochement is important for the region. In 2005-06 we called on both countries to have better relations.  I told one of the US ambassadors that they have to be aware of the threats they send to Iran, because we are neighboring states and we get affected quickly. Any regional or international tension will affect us directly. The fire doesn’t need a visa to jump from [one] house to another, therefore we believe that good relations is in our favor.

Some countries want to prove that Iran is much more dangerous [for] Arabs than Israel, they link between the Safavid empire and Iran to claim that Iran has empirical ambitions in the region, though there [is a] large gap between the Safavids and the Islamic revolution.