Despite some gains made in recent decades, Iraqi women remain largely absent from the country’s political scene. 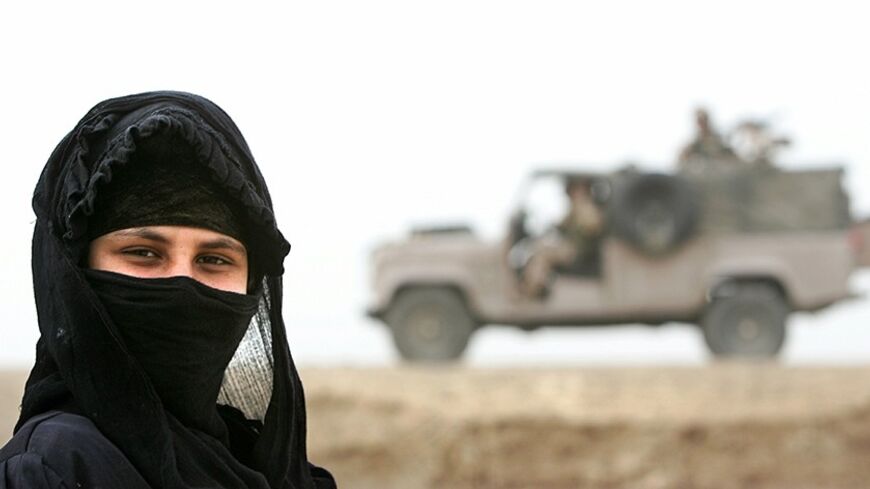 After the mid-1970s, when demands to grant Iraqi women equal rights in the different aspects of political, social, economic and military life were on the rise, a decision package was issued by the Iraqi government in line with these demands. For example, the personal status law was modified, granting women the right to file for divorce and prohibiting men from marrying a second wife without a prior written approval from the first. It also opened the door for women to join the police and military forces, rendering the sight of female officers in the army and police normal for Iraqis.

During the last 25 years, however, the empowerment of Iraqi women has witnessed a slump and men taking multiple wives has made a huge comeback. Political and civil work of women dwindled, after the former regime of Saddam Hussein led a ferocious attack against it and targeted the leaderships and popular bases of religious and leftist parties. In addition, the deteriorating economic situation — which resulted from the economic sanctions imposed in 1990 by the UN Security Council on Iraq after its invasion of Kuwait — left women choosing between two devils, either stay at home, do the housework and raise the kids, or keep a state job with a salary that barely pays for transportation to get to work. Women were forced to opt for the first option.

The dramatic change in the power structure, which came to light after the US invasion and the toppling of the Saddam regime in 2003, has created a golden chance for women to return to the political and civil life. According to a quota share, the Iraqi electoral law gave women a share in parliamentary seats of no less than 25%.

It is true that political parties have used this quota to gain a larger number of parliamentary seats, through fielding female candidates who lacked the skills and knowledge required for this position, notably during the first elections held in 2005. Some female members of parliament (MPs), however, have proved to have a strong presence during parliamentary discussions and interrogations, and the speaker of parliament as well as parliamentary committees found it hard to deal with them. This has led some female MPs to call for quotas matching their demographic weight, while others were tempted to demand higher positions in the state, such as deputy president and speaker of parliament.

In this regard, MP Aliya Nussayif said, “There is a lot of injustice against women in the executive branch. If it were not for the quota, we would not have had this representation on the political scene.” Nussayif told Al-Monitor, “In the executive branch, women are looked down at from a tribal and Islamic lens, which deprived them from a large number of their rights.” She added, “One of these rights includes the participation in the executive branch and the three premierships.”

For her part, MP Nada al-Jabbouri said, “If a woman had assumed one of the three premierships, or a decision-making position, many decisions would have been implemented.”

“When the former government was formed, all political coalitions refused for women to assume a ministry, and this has become an established approach,” Jabbouri told Al-Monitor. “What prevents women from assuming one of the premierships is the patriarchal mindset of politicians and society in general. Their view of women is regressive.” She added, “The participation of women in the parliament allows them to be part of the decision-making process on the legislative and nonexecutive level.”

Leading member of the Iraqiya List, Maysoon al-Damluji, limits the whole issue to the social factor, telling Al-Monitor, “Outdated traditions and customs prevent women from assuming one of the three premierships, even though female MPs attend parliamentary sessions more [than men], are more active during discussions and a lot less corrupt than male MPs.”

In this regard, Nussayif said, “When positions were distributed according to quotas, we called on the position of vice president to be reserved for women. When the crisis of security ministries erupted, we called on a woman to be named [to assume the ministry].”

Damluji does not rule out the possibility of a female politician assuming one of the three premierships, because the integrity of some of them is widely acclaimed among Iraqis. Nussayif, however, believes that this situation requires time and effort until the Iraqi society reaches a level where it is convinced with the effectiveness of women and their political role.