Palestinians may be missing the point on Sharon legacy

The Palestinians consider him a war criminal, while the settlers have not forgiven the Disengagement, but these contradictory opinions testify their inability to grasp the leadership and complex personality of late Prime Minister Ariel Sharon. 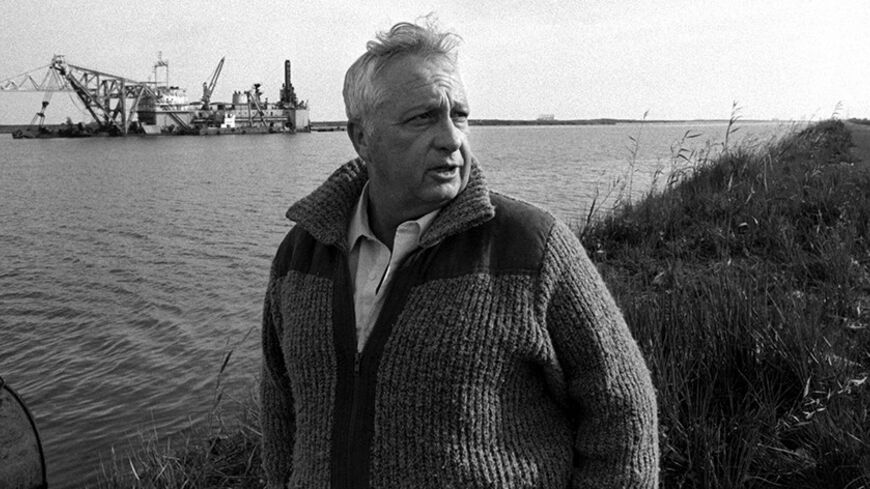 The Palestinians’ insistence on regarding late Prime Minister Ariel Sharon, even after his death, as nothing more than a war criminal responsible for the massacre in Sabra and Shatila and the construction of the settlements is overly simplistic and anachronistic. More than anything else, this approach misses the complexity of the man and the central leadership role he had in Israeli history. Yes, Sharon did build settlements, but on two occasions he also removed Jews from their homes: once, when serving as defense minister, when he evacuated the Sinai settlements in 1982, as part of the peace agreement with Egypt; and again, as prime minister, when he developed and implemented the plan to disengage from the Gaza Strip and the north of the West Bank in 2005.

When senior Fatah member Jibril Rajoub bemoans the fact that he never got to see Sharon tried as a war criminal by the International Criminal Court and accuses him of assassinating PLO Chairman Yasser Arafat — and he does this on the very day that Sharon died — he is giving voice to a very narrow and selective worldview. When my colleague Daoud Kuttab turns to the younger generation of Palestinians and only attributes the massacre in the refugee camps to Sharon, without mentioning the evacuation of Yamit (from the Sinai), the Disengagement and the establishment of the Kadima Party — which Sharon thought of as a platform to consolidate an agreement with the Palestinians — he is distorting the image and person of Sharon as a bold and pragmatic leader.

Some of the Palestinian spokespeople sounded a lot like Israel’s extreme right, which was also happy about the death of the former prime minister. They chose to disparage him and his memory before he was brought to rest. Knesset member Orit Strock of the HaBayit HaYehudi Party, for example, accused Sharon of destroying his country and thanked God for his death. Both Rajoub and Strock, who has since apologized, regard Sharon as a demonic, destructive figure. The one-dimensional way in which the Palestinian representative and the representative of Israel’s extreme right wing see Sharon is, perhaps, the best possible proof of the many layers and conflicts that made up his life.

Sharon’s second term as prime minister, in which he made some of the most fundamental decisions by any Israeli leader concerning the Palestinians since Rabin decided to embrace the Oslo Accord, sums up his leadership. He was pragmatic, cynical and capable of making a decision and implementing it through the power of his leadership. With regard to the conflict with the Palestinians and the promotion of a two-state solution, he left an enormously important legacy behind that will determine how future challenges are confronted. He proved that the sovereign State of Israel is capable of making a controversial decision and implementing it, without having the government’s legitimacy be challenged.

The man who once declared that Gaza Strip settlement Netzarim is just like Tel Aviv, and then went through a metamorphosis and evacuated Netzarim out of a deep belief that by doing so he would be bolstering Israel’s security, proved that an Israeli prime minister can make pivotal decisions, great decisions, even if threats of bloodshed and civil war loom in the background. Sharon did not blink when he evacuated the settlements, even though he was also the person who put them there. He did it at the very moment it seemed as if the state had since lost its ability to make big decision, and in so doing he restored faith in the state to many. That is a central part of his legacy.

He displayed great courage when he shattered the political status quo between the Likud and Labor parties. In what has since become known as the “Big Bang,” he united politicians from the left and the right into a large centrist party. What did President Shimon Peres and former Minister Haim Ramon, two dovish politicians from the Labor Party, see in Sharon that the Palestinians still do not see today? They said it themselves on countless occasions: the man who rightfully earned the title of “Father of the Settlements,” woke up from the illusion of the occupation and became a powerful leader, who could make difficult decisions and bring them to fruition.

Sharon even paved the way for his heir former Prime Minister Ehud Olmert, and later for Prime Minister Benjamin Netanyahu, to make painful concessions, when he showed them that the state remains intact even after the evacuation of settlements from a strip of land and its transfer to the Palestinians. Then, like now, the predominant feeling was that given the large number of settlements, no one could move them. Furthermore, before Sharon the last prime minister to make concessions to the Palestinians and seriously withdraw from the occupied territories was Yitzhak Rabin, who paid for it with his life.

It's no coincidence that US Vice President Joe Biden, perhaps even more than Israeli leaders, was able to put his finger on precisely what it was about Sharon’s multifaceted personality that made him a great leader. In a very moving and personal speech that Biden delivered at the state funeral in Knesset Square on Jan. 13, he described Sharon as a complex individual and noted that it was this feature that characterizes all the great leaders of history. He related how Sharon would come into conflict with the US administration on numerous occasions, but, “like all historic leaders, all real leaders, he had a north star that guided him, a north star from which he never, in my observation, never deviated. His north star was the survival of the state of Israel and the Jewish people wherever they resided.” Biden spoke of the political courage that Sharon had, and recalled the Disengagement Plan, when he told thousands of Israelis to leave their homes. “I can't think of a more difficult and controversial decision he made,” said Biden.

Biden added that Sharon “was a complicated man, and to understand him, history will judge that he also lived in complex times, in a very complex neighborhood. I would say that Ariel Sharon’s journey and the journey of the State of Israel are inseparable.” At the end of his speech, Biden rightly raised the question, “What would have happened if he had been healthy and lived?” Sharon left the public stage when he was at the height of his political career as a leader. He had big plans to resolve the conflict with the Palestinians, and he had the strength needed to implement those plans. So what would have happened had he not slipped into a coma? We can only imagine.