The UN Security Council has established a regime for a travel ban, asset freeze and arms embargo against the al-Qaeda network since 1999, but new circumstances bring about serious doubts if such a regime is still functioning. 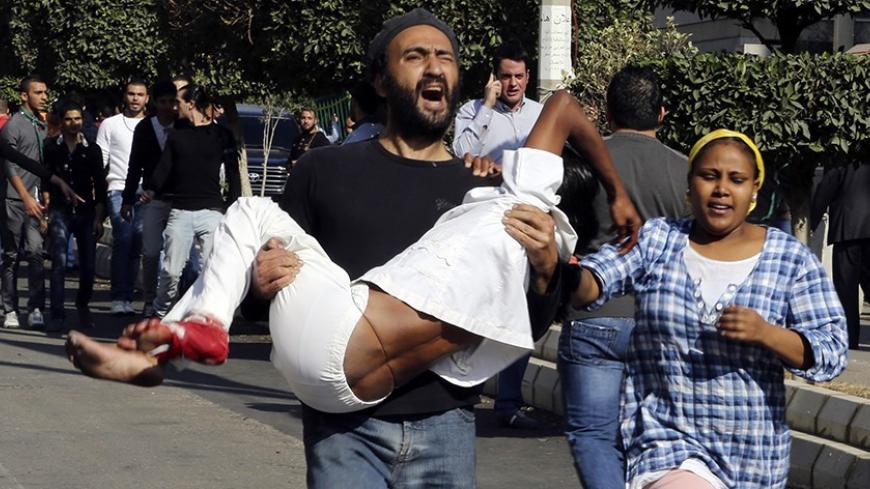 A man carrying a wounded woman runs from the site of explosions near the Iranian embassy in Beirut, Nov. 19, 2013. - REUTERS/Issam Kobeisy 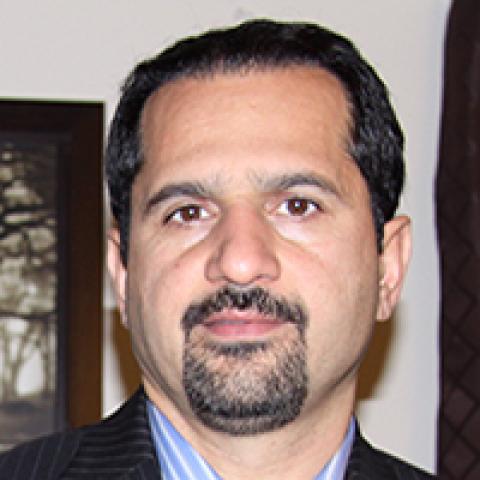 The challenge of tackling the menace of terrorism remains a top priority for the world. Efforts on various levels are under way, and the United Nations is extensively involved in advocacy and implementation on a policy level of its Global Counter-Terrorism Strategy adopted in 2006. Parallel to such efforts, the role of the UN Security Council and its affiliates has been outstanding due to its effects at ground level mainly dealing with the al-Qaeda network.

On Jan. 14 and Jan. 28, media statements were dispatched by the Abdullah Azzam Brigades, an al-Qaeda-linked terrorist group in Lebanon, which vowed to target Iran again. The same group — operating under the command of Majid al-Majid, a Saudi Arabian national who died on Jan. 4 while under arrest in Lebanon — claimed responsibility for the heinous terrorist attack targeting the Iranian Embassy and its staff in Beirut on Nov. 19, 2013. The attack claimed the lives of dozens of innocent Lebanese civilians and embassy staff including Ebrahim Ansari, the embassy's cultural attache.

The UN Security Council rushed to condemn the Beirut bombing in a strongly worded statement hours after it occurred and emphasized the "need to bringing the perpetrators to justice." Much more than just issuing statements against al-Qaeda, the UN Security Council has already gone further in creating a sanctions regime in 1999 enforcing to counter "al-Qaeda terrorism." From a legal point of view, there is no consensus-based comprehensive definition of terrorism — though several treaties in force deal with aspects of terrorism that include aerial and maritime threats. But al-Qaeda as a terrorist organization is an exception for the UN Security Council: it recognized al-Qaeda and its associated individuals and entities as terrorists long ago, with the establishment on Oct. 15, 1999, of the 1267 Committee that is responsible for sanctioning designated individuals and entities associated with it. The committee's mandate stems from several resolutions adopted under Chapter VII of the United Nations Charter, which requires an "assets freeze," "travel ban" and "arms embargo" to be strictly enforced against such terrorists.

The al-Qaeda network came under serious attack following 9/11, and the UN's newly formed counterterrorism mechanism (Chapter VII) was supportive to such combat at a time when war against terror was at a climax. There has barely been a serious challenge to these efforts, and the counterterrorism regime has been in place for more than 14 years now. In light of the recent revival of al-Qaeda-linked groups in countries such as Yemen, Iraq, Syria and Lebanon, many question the counterterrorism regime against al-Qaeda and if its effectiveness has changed, or is being changed, to compromise the political observations and interests of some — one may call them close partners. To many observers it is also reminiscent of the old question of double standards and the functional approach to terrorism.

The UN Security Council has never indicated its plan to fundamentally review its counter "al-Qaeda terrorism" policy under "new circumstances." In its last resolution on terrorism adopted by the Security Council on Dec. 17, 2013, no revisions of its long-time adhered policy are mentioned. The new resolution once again underlines the importance of "prompt and effective implementation" of the sanctions regime established by its predecessor, Resolution 1267.

On the ground, al-Qaeda threatens with more terror acts. It is hard to deny that a large number of foreign fighters — many of them linked to al-Qaeda — fight hundreds and even thousands of miles away from their home countries for months. This in no way could happen without financial and logistical support: fighters and lethal arms and ammunition cross many borders. The media has extensively reported that the Security Council's sanctions set to counter al-Qaeda terrorism are seriously being violated. Terrorists seem to have gotten the message, and at present al-Qaeda fighters threaten with terror operations that may result in further bloodshed and devastation. The knowledge that al-Qaeda terrorism is tolerated for political purposes is gruesome. To avoid any hesitation to the validity of the UN Security Council's counter of the al-Qaeda regime, a firm, clear determination by all important partners would help: whether the current regime is still in its place or otherwise, we accept its failure. This would definitely have a tremendous effect on countering terrorism worldwide.

We should not wait to act and risk more blatant terrorist operations, as certainly no one will benefit from it in the long run.