Saudi Arabia is responding to widespread accusations that it is supporting extremist groups by publicly toughening its rhetoric against jihadists. 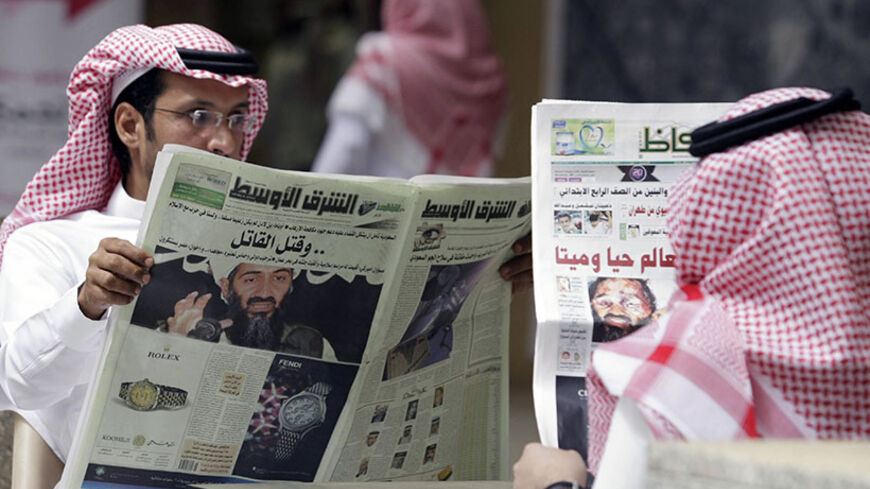 A statement issued by the grand mufti of Saudi Arabia on Aug. 19 warned against the danger of the Islamic State (IS) and al-Qaeda. It is part of an escalating Saudi stance against jihadist groups in the region, and comes on the heels of its classification of IS and Jabhat al-Nusra as terrorist groups in March.

The harsh statement of the grand mufti was preceded on Aug. 1 by a speech from Saudi Arabia’s King Abdullah bin Abdulaziz, in which he addressed IS and warned against the danger of armed jihadist groups that declare Muslims infidels and permit the bloodshed of innocents. This royal statement was followed on the same day by a verbal message from the monarch, in which he criticized the Saudi religious establishment for remaining silent and not assuming its duty regarding the terror phenomenon.

Since the events of Sept. 11, 2001, Saudi Arabia has been at the receiving end of media and political accusations of supporting extremism and terrorism. This has pushed Saudi policy to focus on denying any ties between the Saudi community or state and jihadist movements, be they financial or ideological. Thus, it has over the years tightened financial supervision and arrested large numbers of those suspected of having connections with al-Qaeda and its various branches. It has also brought about changes in the religious curriculum and developed control mechanisms over the content of religious discourse in mosques.

Nevertheless, the developments and growing influence of IS and the branches of al-Qaeda within the Syrian revolution, in addition to IS control over Iraqi Sunni areas, have brought intense scrutiny on Saudi Arabia in Western media regarding its alleged role in supporting such groups.

In response to Richard Norton-Taylor’s article in the Guardian last week, in which he accused Saudi Arabia of funding and supporting jihadist groups —most notably IS — the Saudi ambassador to Britain wrote a rebuttal in the same newspaper, defending the religious establishment and describing it as a moderate and centrist establishment that is distant from IS and al-Qaeda's actions around the world. He wrote that the teachings of Muhammad ibn Abd al-Wahhab, which make up the doctrinal foundations of the Saudi state, call on people to learn tolerance and support the rights of men and women.

In accusing Saudi Arabia of complacency with jihadist groups, many critics cite the large number of Saudis belonging to al-Qaeda-linked jihadist groups in Syria. For this reason, the Saudi government issued a resolution in February that criminalizes any participation in the fight in Syria with penalties ranging from three to 20 years in prison. Saudi Arabia also continues to deny the validity of Western reports that claim there are a large number of Saudis in Syria.

In an Aug. 14 statement, Abdul Moneim al-Mushawwah, head of the al-Sakina Campaign that focuses on countering al-Qaeda ideology on the Internet, denied the presence of a large number of Saudis in jihadist groups in Syria. He asserted that there were fewer fighters coming from Saudi Arabia than other countries. He also said that Saudis do not have leading posts in these groups and that he considered such allegations as designed to tarnish the image of Saudi Arabia and link it to terrorism.

Mushawwah’s statement contradicts Western reports, including the report by the Washington Institute, which states that the Saudis rank second in terms of their citizens in jihadist groups. As for the status of Saudis in leading positions, Western media report that Saudis occupy leadership positions in jihadist groups in Syria close to al-Qaeda, most notably the Green Battalion and Suqour al-Izz.

Three factors are behind the efforts of the leadership of Saudi Arabia to oppose the expansion of IS. First, these jihadist groups pose a security and ideological threat to the Saudi political system, as they are based on the same religious sources that the Saudi state is built upon. Moreover, the history of the relationship between the Saudi regime and these groups is governed by a history of conflicts and confrontations, especially after 2001. They have represented a constant threat for years.

Second, the media and political criticism that blames Saudi Arabia for the increase and spread of these groups pushes it to prove otherwise. The best way to confront this accusation, which Saudis believe hides political goals, is by leading the confrontation against these jihadist groups in the region and preserving a pivotal role in the war on terrorism at the global level.

Third, abandoning the leadership of this war on Salafist jihadist groups will be an opportunity for Iran to extend and expand its role. Iran seeks to employ its ability to counter Sunni jihadist groups while bargaining with the West for further influence in the region, particularly since the West, and especially the United States, view Iran as a key in the Middle East when it comes to facing terrorism. 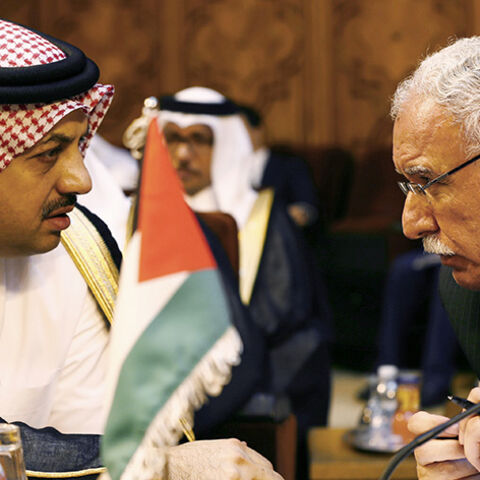 UAE and Qatar compete as Saudi Arabia looks on

Saudis see Houthi gains in Yemen as advance for Iran