The government may consider moving the capital, but a change is unlikely. 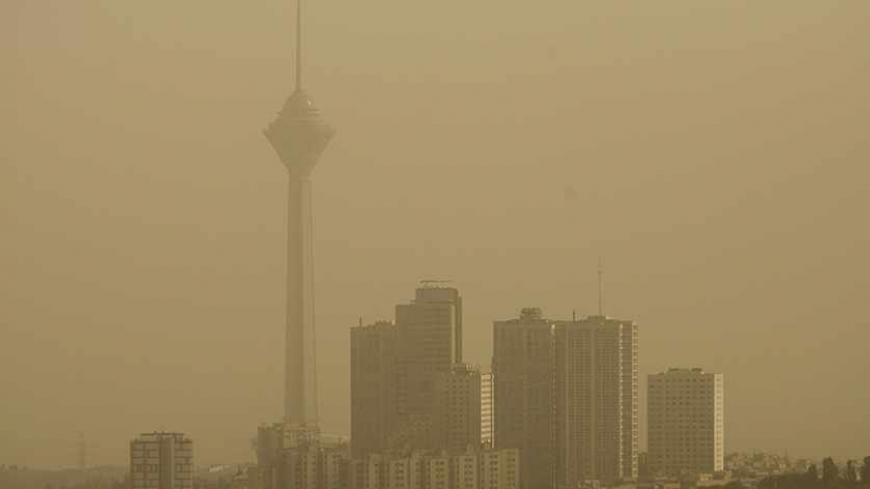 On Dec. 24, the Iranian parliament (Majlis) passed the general terms of a bill that would oblige the government to study the feasibility of moving the seat of the government away from Tehran. Tehran has been Iran’s capital for some 200 years, to the dismay of historically more significant cities such as Esfahan, Shiraz or Qazwin. Obviously, nothing can undermine Tehran’s role as the business capital of Iran, but its status as the political capital has been under question for some time, especially in response to uncontrollable air pollution and traffic patterns and the disproportionate concentration of economic and construction activities in the capital. In recent years, one of the reasons cited for the planned move is that Tehran is in an earthquake-prone region. Currently, the severe air pollution can be seen as the main driver for the Majlis deputies who have accelerated moving forward on this bill, which is fully opposed by the Hassan Rouhani administration. The main reason for the government’s objection is the nonavailability of resources for such a massive move of government offices — which would have to be accompanied by investments in infrastructure to house millions of citizens in a new city. Considering the current status of thousands of unfinished infrastructure projects, it is valid to argue that the government will not have the resources for the proposed shift.

Should the bill become law, it would oblige the government to budget for studies in the next two years to gauge the feasibility of shifting the political capital. A so-called “Council for Improvement of the Capital” would be created, headed by the president or the first vice president alongside the minister of interior (as the secretary), two representatives from the Majlis, other relevant ministers, the mayor of Tehran and a representative from the armed forces. This council would have to study and assess various scenarios and propose the most feasible option for the eventual shifting of the political capital.

In the past two decades, numerous Majlis commissions have spent time and effort studying the potential shift of the capital. Initially, Iranian officials looked at the Istanbul-Ankara model; later, they focused on the Brasilia model; and this year, one finds a lot of reference to the Pakistani model of making Islamabad the capital.

The proponents of the shift argue that Tehran houses 25% of the country’s gross domestic product, but only 11% of the population. The overconcentration of economic activity means that all companies in the country need a presence in Tehran, adding to the problem. Keeping the capital where it is means that the country will remain Tehran-centric, adding to the capital’s problems and bottlenecks. Furthermore, some 13 million liters of gasoline are consumed in Tehran daily with disastrous pollution consequences leading to the silent death of many residents. Shift proponents contend that a transfer of ministries to another location would pave the way for a gradual shift of parts of the population as well as economic and trade activities.

The opponents claim that the shift would be too costly and would essentially not resolve the key issues such as the threat of earthquakes, pollution and other problems. They favor investments to flow into Tehran’s infrastructure to ease the current tensions and improve the quality of life. They also argue that it will be difficult to create the appropriate infrastructure in a new capital, hence making the move more costly in the long run. According to Majid Ansari, vice president for parliamentary affairs, one of the key parameters in providing the necessary infrastructure will be the availability of water resources and that Tehran still presents the best location across the country in terms of water resources.

There are good arguments on both sides, but the critical parameters have not been considered, at least not publicly. These are:

Considering all of the above issues and impediments, there would only be one feasible scenario to reduce the current burden on Tehran. This idea has been studied by relevant experts and can be implemented without too much hassle. Based on the proposed approach, Tehran would remain the political capital but would only house the supreme leader’s office as well as the presidency. All other ministries would be distributed among four cities that are within a two-hour drive from Tehran — Semnan, Karaj, Qazvin and Arak. That way the operation of government offices would become decentralized to some degree, reducing the heavy concentration in Tehran. Furthermore, the government would put a serious effort behind improving the quality of life and the availability of key infrastructure in other major cities to reverse the patterns of migration away from Tehran. In a young society like Iran’s, this process would have to focus on educational and cultural services.

The above plan would also fit well into the provisions of the 20-year Prospect (Vision 2025), which explicitly calls for “reduction in the size of the government,” “decentralization” and "a just distribution of opportunities across provinces.” What would be needed is a meaningful and feasible plan over the medium term to implement this idea without creating any wrong impulses that would push the speculative part of the Iranian economy to excessive activity.