After years of warnings about an impending water crisis, Tehranis are experiencing dramatic drops in water pressure and now face the likely prospect of water rationing. 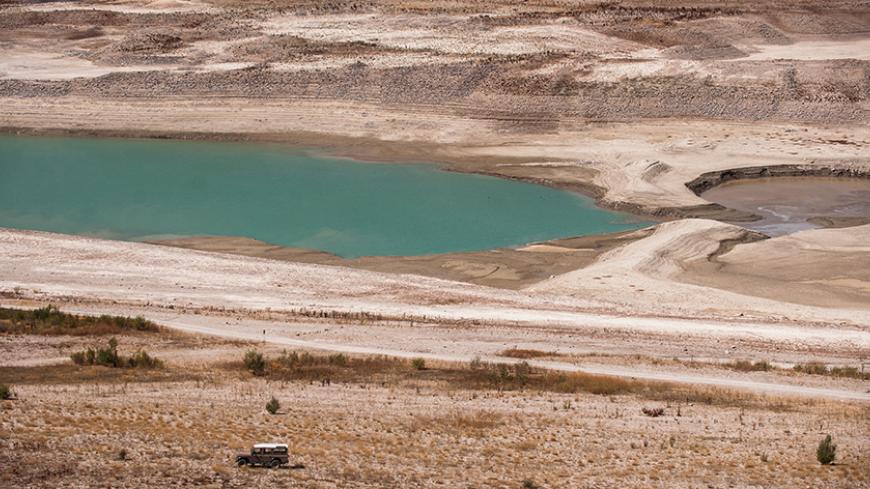 TEHRAN, Iran — Iran has been threatened by a water crisis for years, a situation that is being worsened by the mismanagement of scarce water resources. In just a few more years, the Water and Sanitation Organization may become unable to supply drinking water to densely populated urban areas in the country, including Tehran.

Tehran’s population has ballooned so immensely in the past decade that Energy Minister Hamid Chitchian has warned of an impending failure to supply clean and safe drinking water to residents should the capital’s population — currently hovering at 12 million — continue to rise, Hamshahri newspaper reported on Aug. 22. “The water-security problem is very serious in Tehran and needs to be addressed immediately,” Chitchian said.

Some signs are emerging. A rising number of Tehran residents have been experiencing a drop in water pressure, according to leading economic newspaper Donya-e Eqtesad. People living on the third floor or higher have had to install powerful water pumps to suck up more water from the urban pipelines, the paper noted. The wave of pump installations has further lowered water pressure, worsening the situation for citizens without pumps.

The use of pumps is now so widespread that water experts advise residents to also set up small water tanks on their roofs to draw from, to help minimize the pumps' impact on water pressure. Water pressure has dropped in recent weeks by 30% in some districts, Donya-e Eqtesad reported.

Many experts believe it was the city managers’ failure to provide the infrastructure needed for the massive construction of residential buildings in Tehran that caused the looming water crisis. In just the past five years, contractors have gotten licenses from the Tehran municipality to build 880,000 housing units in the Iranian capital. That number is equal to one-third of the total residential units already available in the city, Donya-e Eqtesad reported, citing official data. If this huge growth in residential developments continues, Tehran will be in deep trouble as far as water supply is concerned.

As a short-term solution to the crisis, experts suggest that the capacity of the pipeline system be increased. However, in the long run, the government is advised to shift from reactive to proactive management. Kaveh Madani, a senior lecturer on environmental management at the Centre for Environmental Policy at Imperial College London, said in a May article for Tehran Times that the current management structure must be drastically revised. He also urged the government to educate Iranians to help change water consumption patterns as well. At present, per capita water usage in Iran is twice the world average.

Mohammad Hossein Bazgir, the head of the Environmental Office of the City of Tehran, has warned that water rationing is most likely what the city needs. “Iran is approaching the top 10 countries with the lowest annual rainfall. The water crisis is serious, and water rationing will begin very soon in Tehran,” Shafaf quoted him as saying on Sept. 7. He also warned that 350 million cubic meters of surface water in Tehran is being polluted by unmanaged waste in public areas, and therefore not fit for consumption.

Babak Negahdari, the president of Tehran’s Research and Planning Center, however, claims that the water authorities already employ modern technologies to efficiently collect groundwater and improve its quality.

Tehran’s water is mainly supplied by five dams — Taleghan, Karaj, Mamlo, Latian and Lar — and 480 deep wells located across the city. As no further dams can be built around Tehran, the energy minister has warned that more water will have to be extracted from the wells if the situation gets worse — a move that could cause health problems for Tehran residents, as more intense extraction activities increase exposure to pollutants.

Mohammad Akhoundi, a businessman who represents Todaysure, a British company specializing in the design and manufacture of the Surefire range of incinerators, cremators and combustion systems, told Al-Monitor he agrees with Bazgir’s comments, saying the groundwater in densely populated regions is highly vulnerable to industrial pollutants. “Iranian hospitals and industrial units produce 8 million tons of special waste per year, and since the garbage is not treated under stringent environmental conditions, the liquid generated by it could pollute at least 1 million liters of the surface and groundwater after a time,” he said.

Water management has been neglected for too long by the Tehran municipality, the Energy Ministry and the Ministry of Roads and Urban Development. The former are to blame for failing to create the infrastructure needed for the city's growth, and the latter for failing to stop the indiscriminate construction of multi-unit residential complexes. Only proper planning and the adoption of a truly sophisticated approach to water management can save Tehran and other big cities from a deathly crisis. Water rationing is the smallest price that residents of big cities can pay to give the authorities time to come up with a comprehensive action plan, ideally in cooperation with internationally respected water-management companies.