US, Turkey to rethink Syria policies

For starters, the United States and Turkey need to change their approaches to the Syrian Kurdish Democratic Union Party. 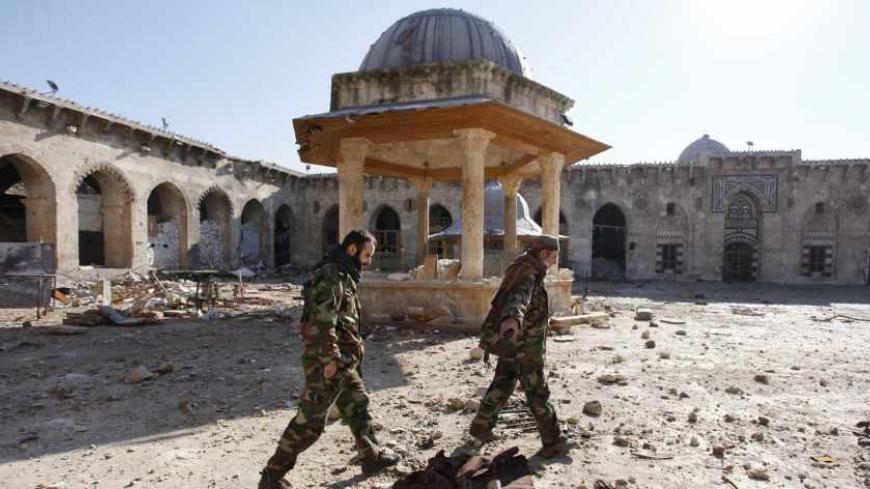 Only about a month has passed since I was rebuked by a very high-level State Department official when I asked why the United States withheld a visa from the Syrian Kurdish leader Salih Muslim, who was to participate at a panel in Washington titled “The Kurdish Role in the New Middle East.”

The American official cited two preconditions for the Syrian Kurdish leader who wanted to come to Washington not only to participate at the panel but also to meet with the US officials. These preconditions — which I had written about earlier in Al-Monitor — were:

At that time, that is, about a month ago [Nov. 2013], the discourse developed by Turkish diplomacy on the PYD [Democratic Union Party], which under the leadership of Salih Muslim was governing the Kurdish areas of Syria, was based on the same conditions. Obviously the US, although not seeing eye-to-eye with Ankara’s Syria policy, was careful to appease Turkey. It wasn’t all that hard to detect this from my dialogue with the senior State Department official.

PYD’s dialogue with Assad's regime is a controversial issue, but it is not an established fact. The real puzzling precondition was ‘’integration with the Syrian opposition.” Given the fractured nature of the opposition, who did they mean? Which opposition? Moreover, the PYD was an important organization that was combating the Islamic State of Iraq and al-Sham (ISIS) and Jabhat al-Nusra, both known as Syrian extensions of al-Qaeda. While Syrian opposition is being eroded by jihadist or extremist Islamic groups, what could be the rationale of asking the major Syrian Kurdish fighting element against al-Qaeda to join an ineffective grouping of people who could not reconcile themselves to acknowledging fundamental Kurdish rights?

When I raised that question to the American official, the response was blunt: “Let them join those forces under General Salim Idris!”

It seemed to me, then, that the Americans had pinned their hopes on Idris more than anybody else as the main opposition figure in Syria, and therefore on the Free Syrian Army (FSA). Mind you, anyone who has even the most rudimentary information about the situation on the ground would know that there are multiples of FSAs rather than one single FSA under the command and control of Idris. This did not change the fact that for the Americans, no matter how ironic it may be, the credible opposition has been the FSA of Idris.

That is why the seizure about a week ago of the main Syrian crossing of Bab-al Hawa to Turkey and the arsenals of the opposition in the vicinity by the Islamic Front newly established with Saudi support is so important. The resultant decisions by the United States and United Kingdom to suspend non-lethal support to the opposition and ultimately the escape of Idris to Turkey before the fall of Bab al-Hawa, and reports that he has made his way to Qatar, is a major blow to the Syria policy of the United States. These developments just about a month before the Geneva II conference is to convene must be a cause of serious discomfort for US diplomacy.

Of course, the fact that the United States could not even predict what can happen in Syria in a month’s time was another cause of disappointment. It placed all its bets on Idris and then expected a general who couldn’t even control his arsenals, right under Turkey’s nose, to score military successes against the Damascus regime.

Since it is unlikely that the US intelligence sources did not know of Idris’ total lack of combat experience, that he had never commanded a unit and basically served as a deskbound officer, it defies logic that the United States could anchor its policy on such a personality.

Whatever the case may be, the Islamic Front overrunning the FSA’s warehouses and establishing control over the main border crossing with Turkey, forcing Idris’ flight, require a major revision of the American policy vis-à-vis the Syrian opposition. A Christian Science Monitor article had an appropriate headline: “Obama’s Syria policy is pretty much dead, and there are few good options.” It said, “The Free Syrian Army, the US hope on ‘good’ rebels to prevail in Syria, is in disarray. The chances for a negotiated settlement to Syria’s brutal civil war got dimmer.”

Bloomberg was no less unequivocal in its editorial “America Needs a New Syria Policy,” with its lead paragraph as follows: “Secretary of Defense Chuck Hagel today described the flight of the main US ally in Syria — General Salim Idris, leader of the Free Syrian Army — and the loss of US-supplied FSA equipment to Islamist rebels as 'a big problem.' That’s putting it mildly. This setback makes plain the failure of US policy and the need to rethink.”

America actually needs a new Syria policy but the remedy for its shortsightedness when it comes to formulating a policy is not that easily available. What they have come up with for the time being is the odd choice of seeking a dialogue with Islamist rebels. “Syrian Islamist rebels to meet US officials: opposition sources” was the headline of a Reuters piece signed by its correspondents in Beirut and Istanbul.

Syrian rebel commanders from the Islamic Front who seized the control of bases belonging to Western-backed rebels last week are due to hold talks with US officials in Turkey in coming days, rebel and opposition sources said Dec. 14.

The expected contacts between Washington and the radical fighters reflect the extent to which the Islamic Front alliance has eclipsed the more moderate FSA brigades — which Western and Arab powers tried in vain to build into a force capable of toppling Assad.

The talks could also decide the future direction of the Islamic Front which is engaged in a standoff with yet more radical Sunni Muslim fighters from the al Qaeda-linked Islamic State in Iraq and al-Sham (ISIS).

A rebel fighter with the Islamic Front said he expected the talks in Turkey to discuss whether the United States would help arm the front and assign to it responsibility for maintaining order in the rebel-held areas of northern Syria. He declined to be identified because of the sensitivity of the talks, and gave no further details. Diplomatic sources in Turkey told Reuters that US Syria envoy Robert Ford was expected in Istanbul soon.

Washington’s inclination toward the Islamic Front, which is competing with al-Qaeda, and distancing itself from the FSA, whose influence in Syria is rapidly waning, could also create series of complications. It is known that the Islamic Front is basically a creation of the Saudis who contradict Washington’s Syria policy and oppose Geneva II.

Another interesting dimension of the issue involves Turkey. Turkey’s pro-Islamist government, which has been embarrassed by strong accusations  — despite its constant denials — of providing logistical support to al-Qaeda extension organizations against the Kurds, and which feels sidelined by the US, may find it more fitting to engage with the Islamic Front instead of ISIS and Jabhat al-Nusra. Here the major question mark is how Ankara will calibrate its Syria policy through Saudi Arabia, with which it totally disagrees over Egypt, and the Syrian Islamist Front that has Saudi backing. After all, the FSA Supreme Military Council headed by Idris had Turkey’s support. The opposition structure Syrian National Coalition, whose backbone, the Syrian National Council, was sidelined by the Islamic Front, is based in Istanbul.

At this point, another country that needs a new Syrian policy as much as the United States must be Turkey.