Although not officially canceled, the fifth Turkish-Arab Cooperation Forum may not be held this year. 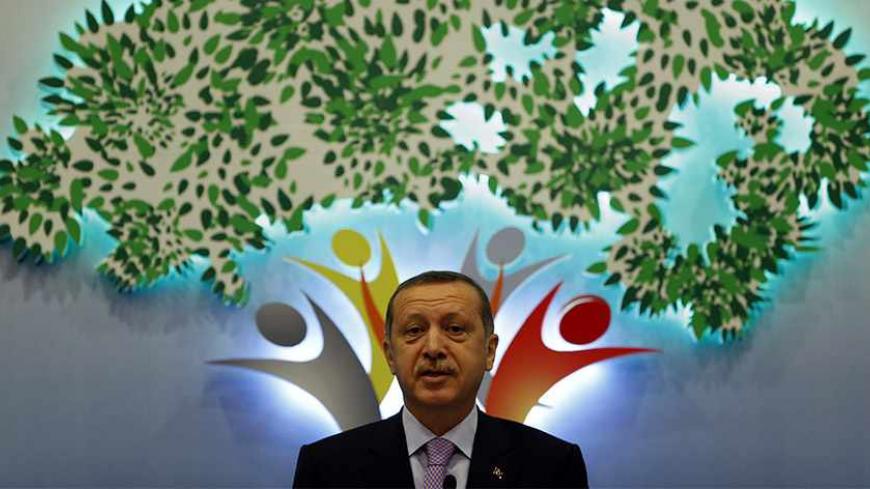 Turkish Prime Minister Recep Tayyip Erdogan has been critical of his country’s past ties with Arab states. In a broad sense, he criticized previous Turkish governments for turning their backs on the country’s Muslim neighbors and casting Turkey’s weight in favor of the Jewish state. Based on that premise, Erdogan restructured Turkey’s foreign policy, despite concerns from inside and outside the country of a potential shift from West to East. Instead, Erdogan argued that he was just normalizing the situation and keeping the country’s relationships balanced.

With that vision, the Turkish-Arab Cooperation Forum was established to further enhance the relationship between Turkey and Arab League countries on political, security, economic, cultural and social development issues. The first forum was held in Istanbul in October 2008, bringing together foreign ministers of the region. Subsequent meetings were held in December 2009 in Damascus, Syria, in June 2010 in Istanbul, Turkey, in November 2011 in Rabat, Morocco, and last year in Istanbul.

“According to Arab sources,” Today’s Zaman reported Dec. 3, “Last year in Istanbul ... it was decided that Sudan would host the sixth meeting. However, the African country stated a month ago that it would not be able to host the meeting due to internal instability.”

The article then cited an anonymous Arab official: “This year, the meeting was expected to take place in November or December. However, after Sudan's statement, no Arab country has expressed a desire to host the meeting. This may be an indication of the Arab countries' unease over Turkey's foreign policy in the Middle East region.”

Speaking to Al-Monitor, however, a Turkish Foreign Ministry official with direct knowledge of the issue said, “Everyone is free to speculate. We speak based on facts. And the fact of the matter is that Sudan informed us that it won’t be able to host the forum due to its internal issues. I can’t even tell you the forum won’t be held this year. There may be a country that will rise to the occasion, and once that happens, it is not that complicated to gather this forum. We did it five times so far.”

He added: “It’s also worth [mentioning] that we held the first Turkish-Arab Economy and Trade Forum in Mersin on Sept. 25. If there were such constraint against Turkey in the Arab world, this would not have occurred.”

It may be wrong to approach Turkey’s standing in the Arab world as a zero-sum game, even with the acknowledgement of its obvious failure in maintaining a balance among all segments of Arab populations, like in Egypt. Erdogan's staunch criticism of the military coup that cut short the Muslim Brotherhood's stint in power has lowered ties to such a level that both countries have declared the other's ambassador persona non grata. The political and diplomatic ties between these once-close allies received an unprecedented blow.

There is no doubt that the Erdogan government has taken sides in countries such as Egypt and Syria where revolutionary developments took place. The Erdogan government also does not boast a strong relationship with Lebanon due to Ankara’s state policy that advocates the toppling of Syrian President Bashar al-Assad, especially with Hezbollah fighting in Syria in support of the Assad regime.

There is enough fodder to allow speculation regarding Turkey losing ground in the Arab world. This speculation interestingly overlaps with domestic rumors of an increasingly tense relationship between Erdogan and Turkish President Abdullah Gul, partly linked to the prime minister’s statements on foreign policy issues. One example leaves room for conjecture: Gul’s chief Middle East adviser, Ersat Hurmuzlu, was in Doha on Dec. 3 to meet Qatar’s Emir Tamim bin Hamad Al Thani. The media were told that Hurmuzlu delivered a letter from Gul to Tamim that invited the emir to Turkey and touched upon bilateral and regional issues. Erdogan traveled to Qatar today, Dec. 4, to meet Tamim.

Within the Ankara beltway there is speculation that the president is trying to create balance and mend strained ties with the Arab world. One Turkish government insider told Al-Monitor, “It’s no secret that Gul was against arming the Syrian opposition. He tried to dissuade Erdogan from doing so but to no avail. He now has a stronger hand in these debates, but the situation is getting more complicated in these personal relationships.”

How is all this tied to the Turkish-Arab Cooperation Forum? The personal relationships between leaders at this forum are pivotal to keeping it going, and there is too much of a blame game in the region surrounding the failure to find a solution in Syria. Arab leaderships may not have absolutely disowned Erdogan’s vision for the region, but they give all the signs that they are not as enthusiastic about it as they used to be. While a new host country could be found for this year’s forum — Qatar, for example — it is telling that Erdogan’s most ambitious foreign policy opening is showing signs of backpedaling.