The Sufi challenge to Iran’s clergy

While Iran's Sufis have attempted to blend into society, their beliefs and practices have sometimes been questioned by Iran’s clerical leadership. 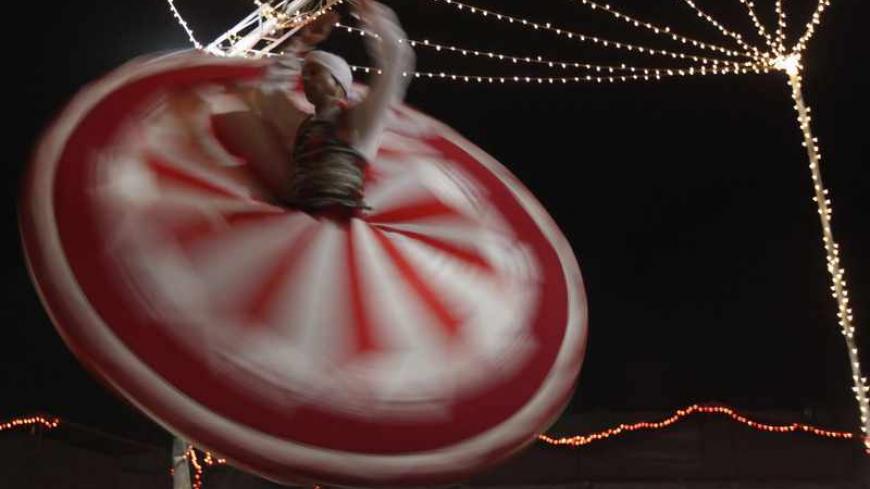 Sufism has a noticeable and ancient presence in Iran. It was with the help of the Sufis, during the Safavid period, that Shiite clerics were able to become present and active in Iran. Today, however, Sufis and mysticism and spiritual tendencies are under pressure and are suffering persecution, mostly triggered by Shiite clerics.

Since the Islamic Revolution, Sufis have come under pressure from the Iranian government. Sufi elders have been charged and convicted with disturbing public order and taking action against national security. Approximately two years ago, Hamid Reza Moradi and Mostafa Daneshjoo, two Sufi lawyers and the administrators of the popular Mazjooban Noor website, which covered news of the Nematollahi-Gonabadi Sufi order, were sentenced to 10 years and 7 years, respectively. According to reports, both Moradi and Daneshjoo are seriously ill and have been deprived of proper medical treatment.

Sufism — or mysticism — is an Islamic doctrine, an ascetic way of life rooted in Sharia, which aims to purify the soul and abandon earthly cares in hopes of getting closer to God and totalizing existence. Religions usually have an inner and outer aspect and often these two aspects contradict one another. Political Islam in Iran, headed by the clerics, is a clear example of exoteric Islam that is in opposition to the mystical tendencies inspired by spiritual analysis of the Sharia. Sufis’ lack of interest in exoteric Islam and religious rules has always been a point of conflict between the Sufis and the clerics.

One of the most serious clashes with the Sufis in Iran happened in 2006, in the city of Qom, when the religious center (Hussainia) belonging to the Ne'matollahi-Gonabadi order, one of the popular Sufi orders, was destroyed. The jurists in Qom created a negative atmosphere against the Sufis, distributing notices claiming that the Sufis are apostates, until finally the clerics were questioned regarding this issue. Afterward, there were attempts at deporting the Sufis from Qom and confiscating their religious center. Following these events, numerous members of the Ne'matollahi order traveled from all over Iran to Qom and held a few days of sit-in protests in the Shariat religious center and the streets surrounding it. Holding out flowers as well as the images of Dervishes martyred during the Iran-Iraq war and performing religious rituals, members of the order were trying to demonstrate their respect for peace, their commitment to religion and their loyalty to the Iranian revolution.

After a few days, their gathering in Qom was brutally suppressed by the police as well as an organized group of citizens. More than 1,000 people were arrested, the religious center was enflamed and completely destroyed, and during the next few days the city of Qom was surrounded by banners made by members of various guilds and organizations thanking the police for suppressing the sedition of the dervishes.

Following this incident, dervishes were compensated. Yet, no official apology was made and instead the campaign against the members of the Ne'matollahi order — which had started in Qom — spread to Bojnurd and Esfahan, where again their religious centers were destroyed. Only the late Ayatollah Hossein Ali Montazeri, one of the critics of the Islamic Republic, and Mehdi Karoubi, a presidential candidate in the 2009 election who is under house arrest, reacted against the brutality inflicted upon the Ne'matollahi dervishes.

Crackdown on the Ne'matollahi dervishes in Esfahan came as an aftermath of dervishes being denounced during the Friday prayer. On the morning of Feb. 18, 2009, the shrine of Dervish Naser Ali in the cemetery of Takht-e-Foolad in Esfahan was robbed and completely destroyed. This building had been recorded as a national heritage site and used since 2001 for Sufi ceremonies. Following this event, a group of dervishes held a sit-in in front of the Iranian parliament, which resulted in the arrest of 60 more people by police forces.

The persecution against mysticism and spiritual movements is not limited to the Ne'matollahi order. Many groups, including long-established orders such as Yarsanism as well as novel spiritual trends created during the past few years, have been suppressed by the government and the jurists. During this past summer, three Yarsani members committed self-immolation; their action was not addressed by the government. There are debates concerning the origin of Yarsanism. Some consider it an eclectic religion that includes elements from Zoroastrianism, Mithraism, Manichaeism, Hinduism, Buddhism and even Christianity and Judaism.

Claims regarding the immoral lifestyle of the Sufis — and members of the other spiritual orders, both Muslim and non-Muslim — in addition to claims regarding the heretic nature of Sufism, are the reasons behind jurists denouncing the Sufis and police forces cracking down on them. Such claims have occasionally resulted in individual reactions as well. For example, in December 2009, an armed individual attacked a religious center in Molavi Street in Tehran. He detonated several hand grenades, initiating fear and anxiety in the religious center, in protest against what he called the immoral behavior of the dervishes in their center. He was later arrested by the police.

Of course, there is corruption in many of these recently created mystical orders. There are numerous reports of immoral behavior and fraud being perpetrated under the guise of spiritual and mystical activities. However, Sufism has a long history in Iran and the conflict between the clerics and the Sufis, representing the two exoteric and esoteric aspects of Islam, has always existed.

The attractive characteristics of mysticism and spiritual movements, including their laxness regarding the religious rules, have always captured ordinary people’s attention. This interest in mysticism diminishes the power and influence of clerics in society. This fact, in addition to claims regarding the immoral and heretical lifestyle of the Sufis, is an important reason behind the clerical opposition to Sufism. This opposition goes so far that even Rumi, the Iranian Sufi poet of the 13th century, was being dismissed and there were strong criticisms about the festival conducted in his honor.

Nonetheless, there are clerics and jurists who have mystical and spiritual tendencies, although such tendencies are usually strongly mixed with exoteric Islam. It appears that these clerics are only tolerant of Sufism so long as it shows clear commitment to the Sharia and Fiqh (Islamic jurisprudence), and also as long as it does not become an obstacle to their power and influence in society.