Will Russia play the Kurdish card?

Russia’s connections to the region’s Kurdish communities present both opportunities and risks for Moscow’s interests in the Middle East. 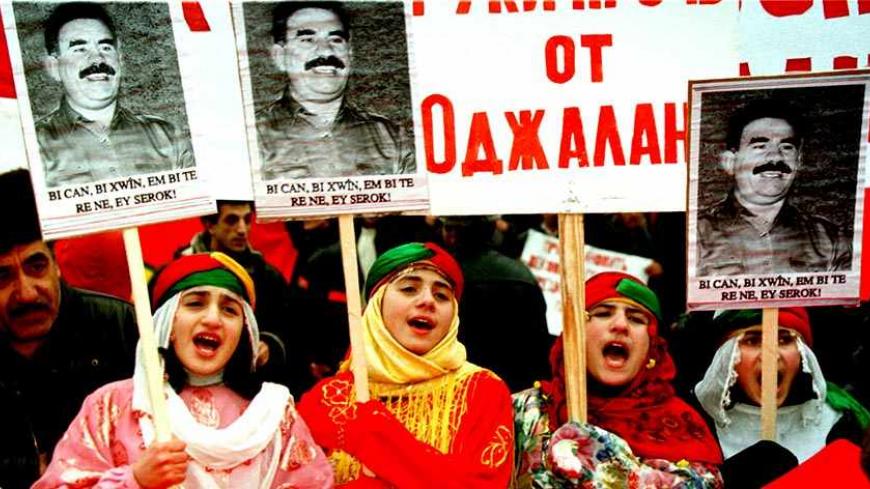 On Sept. 27, the People's Protection Units (YPG) claimed responsibility for killing Abu Omar al-Chechen, a leader of the Islamic State of Iraq and al-Sham (ISIS), and 15 other members of the group. It could have been just another report on the never-ending skirmishes of the Syrian conflict if it hadn’t echoed miles away from the Middle East in another hotbed — the North Caucasus.

Conflicts, insurgency and terrorism plaguing the region since the breakup of the Soviet Union have always been aggravated by a complex ethnic mosaic. While Chechens and Circassians are probably the most well-known North Caucasus ethnic groups outside the region — due to their large diasporas abroad as well as two wars in the first case and the genocide issue in the latter — there’s one group whose regional profile is practically unknown but rising, which may have surprising implications for Russia’s Middle Eastern policy: the Kurds.

Although no strangers to the North Caucasus historically, they represent the smallest portion in its ethnic cocktail. The conflict between Armenia and Azerbaijan in the early 1990s resulted in a massive influx of Kurdish refugees to neighboring Russia, primarily to its southern and central regions. The 2010 census discovered there were about 23,200 Kurds and some 40,600 Yezidi, who self-identified in Russia as a separate people, though recognizing their Kurdish origins.

Over time, the Kurds established cultural centers in Russia’s two biggest cities, Moscow and St. Petersburg, to preserve their identity and culture. At the same time, their influence over regional sociopolitical processes remained fairly limited, thus keeping them off the radar of local officials. But with the ongoing war in Syria, tensions in Turkey and serious divisions in Iraq, the Kurdish issue acquires a greater international dimension for Russia.

Concerned over the fate of their fellows in case radicals seize power, the Kurds in the North Caucasus sent considerable humanitarian aid to the Kurds in Syria. At the same time, dozens of volunteer fighters from the North Caucasus (mostly from Chechnya and Dagestan) joined anti-regime forces, finding themselves on the other side of the barricade. The Syrian Kurds, for their part, formed armed groups to defend their people and are reported to have killed more than 80 militants from ISIS and Jabhat al-Nusra. This raises another rationale for Russians who are fighting their own war against the terrorist "Caucasus emirate" and are desperate for ideological allies, at the least.

Like Muslim Russians who went to wage jihad in Syria and threaten to destabilize Russian North Caucasus upon their return, the Kurds in Syria are also subject to violence from Kurdish radicals. Moreover, the Russians have had their own experience in fighting Kurdish extremists, killing two in Chechnya in 2011 who were later identified as the ones who had blasted pipelines in Turkey. The episode left analysts to ponder whether they were just seeking a safe haven in the North Caucasus or intended to carry out similar activities. But is a mutual security interest enough to propel a larger cooperation between Kurds and Russians, or is the Kurdish agenda too complicated to side with Russia?

In the past, Russians sympathized with Kurdish concerns and supported the Kurdistan Workers’ Party. But since 1999, when Moscow tacitly agreed to the arrest of Abdullah Ocalan by Turkish special forces, the abyss between Russia and the Kurds has grown. In this regard, growing Kurdish populations in Russia represent an emerging opportunity: If adequately managed, it may both launch a reset of the relationship and boost Moscow’s ambitions to return to the region as a vital player.

But it also presents Russia with a two-sided challenge — domestic and international. Settling in small towns and villages, the Kurds created for themselves a friendly environment for their development. In a few years, it made them a dominant group in a number of neighborhoods, helped establish cultural autonomy in several regions and fed aspirations to occupy senior administrative positions. This triggered bitter protests from the natives, who fear that given the current trends, in some time they might demand being educated in Kurdish and eventually insist on other rights. Whether it is an indication of reluctance to blend into Russian society, or a just a means to organize their own community, the situation largely reflects the current Kurdish mood.

“On the one hand, we take pride in having preserved our culture here. We speak our language better than our brothers in the Middle East, where their dialects are swept by Arabic borrowings. On the other hand, I feel myself a part of the Russian sociocultural context,” said one of the young leaders of the Kurdish diaspora in the North Caucasus. Moscow should constantly bear in mind an unspoken rule for dispersed populations: Any impulse coming from the “metropolis” (in this case, Kurdistan) reaches the farthest diasporas and vice versa — any positive domestic initiative for Kurds may positively affect its image among Middle Eastern Kurds.

The rubber hits the road when this issue comes into play with other outside actors, primarily Turkey. Moscow and Ankara agreed to disagree over Damascus, but salved the discrepancies by sober pragmatic cooperation, including alluring energy deals. However, if Russia starts seriously flirting with the Kurds, Turkey will be unlikely to sit back and watch, and has plenty of leverage to call on. So, the Kremlin will either have to come up with a savvy balance (which it is seldom good at) or decide whether a Turkish bird in the hand is worth two Kurdish ones in the bush.

Moscow certainly strives to exert more influence on Middle Eastern processes. Against this background, embracing the region’s fourth-largest ethnic group may be a chain in the link of Russian initiatives on Syria, the Iranian nuclear program and Israeli-Palestinian talks. Whether Russia has the political will and, most important, the ability to do so, is something to watch for.