Prominent Palestinian psychiatrist and champion of the national cause, Eyad Sarraj, dies at 70. 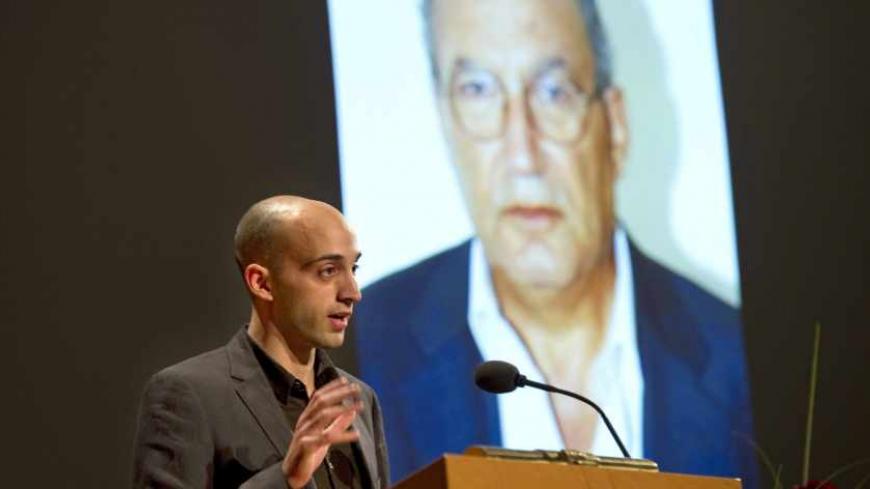 In the middle of the Alexa blizzard, which turned the Gaza Strip into a giant lake, Gaza lost one of its most respected men.

Eyad Sarraj, a Palestinian refugee and psychiatrist, died on Dec. 17 with the same dignity that he lived.

While most Gazans have little choice of where to live, Sarraj did. During his stay and studies in the United Kingdom, he obtained a British passport, yet he chose to work, live and die in his beloved Gaza.

When the first intifada broke out, Sarraj’s attention differed from everyone else’s.  While everyone was talking and dealing with issues of liberation and resistance, he focused on his people’s mental well-being and especially the trauma that Palestinian children had gone through. The Gaza Community Mental Health Program quickly became the mecca of all pilgrims interested in Palestine and especially those who were willing to look beyond the physical resistance and oppression.

In a region and time where it's next to impossible to stay neutral and independent, Sarraj held on dearly to both, which earned him the trust and respect of all factions including those who fought each other in the street battles that eventually led to Palestine’s deepest split. Through every reconciliation effort that had an element of independent personalities, there was no question about where Sarraj stood.

Throughout decades of Palestine’s conflict, few have accomplished what Sarraj did by winning over his own community and those of internationals. In his death all local factions and personalities, as well as The New York Times paid their dues to this giant of a leader. (The Times reported that he died of leukemia in a hospital in Israel at 70.)

Sarraj introduced the concept of civil society in a conflict that badly needed an alternative to ruling powers, occupiers, nationalists and militants. Whether in Gaza or the West Bank, the power of local communities as expressed in the works of voluntary organizations became a hallmark to the Palestinian struggle and provided a strong alternative to those Palestinians who refused to deal with the occupiers. Even after the return of the PLO leadership and the establishment of Palestinian governments, civil society has continued to play the ever-important balancing role holding governments accountable. Sarraj and his civil society’s activities were an integral part in this movement.

During the reign of military power, Sarraj was a great advocate of nonviolence, proving that nonviolence is not a passive force but that it is a much harder mission than mere military might and power. He epitomized, through his actions and life, what it means to be totally dedicated to a lifetime of the positive nonviolent resistance that Palestine so badly needs.

He used his place in Palestinian society to speak out when something had to be said. He authored important public statements at various junctions and signed numerous petitions and appeals that called for national unity and opposed the lack of progress in reconciliation talks.

Sarraj was a fierce opponent to any form of torture whether by Israelis or by Palestinians. He publicly spoke out against it all in a powerful defense of human dignity.

He did not live a life of squalor and need, but he never made anyone feel less equal. His activities, programs and demeanor were always respectful. When he spoke, people listened. Sarraj, a tall man, had charisma that attracted many to him. Foreign volunteers flooded the Gaza Strip and were always able to find support at Sarraj’s Gaza Mental Health Program offices.

While he cared for all people, his focus was always on children. He, more than any other Palestinian, gave special care and attention to children and their psychological needs. Whenever trouble happened, (which seems like always) Sarraj was out there trying to do something for children. His programs were both general and specific. Palestinian families whose children were experiencing trauma, bed-wetting and other psychological effects of the decadeslong conflict, could always find personal, clinical and comforting support in Sarraj’s organization and his many staffers and volunteers.

The word sarraj comes from the Arabic word for lantern. Sarraj was a source of light for so many because he cared.