The Salafist jihadist current has been on the rise in Lebanon as a result of the Syrian conflict. 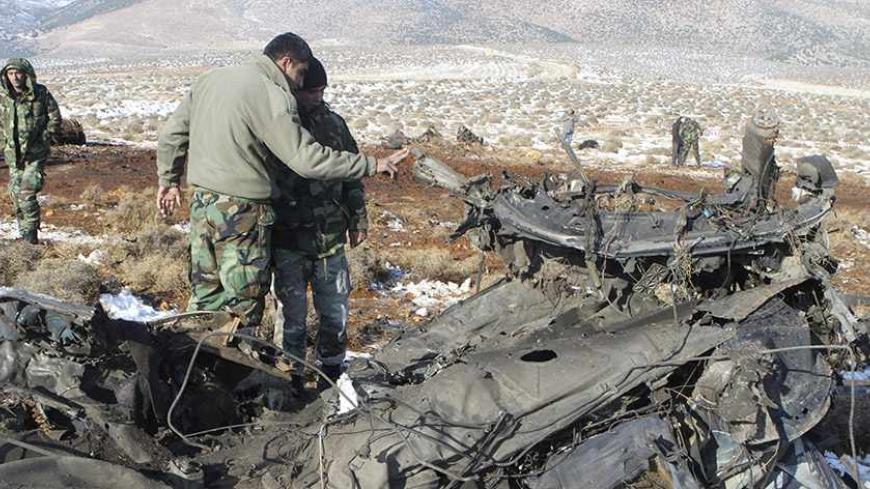 Almost simultaneously on the night of Dec. 15, two army checkpoints along Lebanon’s southern coast became the target of attacks carried out by a group of Lebanese and Palestinian militants affiliated with extremist Islamist organizations. Less than 48 hours later, a car rigged with nearly 80 kilograms of explosives detonated near a Hezbollah base in the town of Sbouba, near the city of Maqna, in the northern Bekaa Valley. Security investigations of these incidents are still under way.

Preliminary investigations of the two attacks on the checkpoints suggest they are the work of the faction that carried out the Nov. 19 attack against the Iranian Embassy in Beirut using two suicide bombers, one of whom drove a booby-trapped car and one who walked toward his intended target and blew himself up with an explosive belt.

The army checkpoint attacks were another in a series of operations targeting Lebanon since the summer. The attacks noticeably proliferated after Hezbollah decided to participate in the Syrian civil war alongside the Bashar al-Assad regime. This decision opened a security front between the Shiite Party of God and Sunni Salafist extremist factions that assume different names with each operation executed in Lebanon. The common element among their names is that they are all inspired by historical Islamist figures, an indication that they all belong to the same line of Salafist jihadism.

The driving factor in the checkpoint attacks revolves around the three men who carried out the first attack, against the Majdelyoun roadblock. When soldiers manning the roadblock ordered the men to stop their four-wheel drive vehicle, they disembarked, and one of them blew himself up, killing his companions and a soldier. The second attack, which targeted a roadblock nearby, was in response to the first operation. In this instance, a gunman fired at soldiers in retaliation for his group members’ deaths at Majdelyoun. According to preliminary information, the men in the SUV had been on their way to execute an attack elsewhere, but their chance encounter with the roadblock forced the operatives' hand, leading to their deaths at the checkpoint.

Regardless of the actual details, the mere fact these incidents occurred points to the increased danger Lebanon faces from terrorism. In the span of less than four months, the country has experienced seven separate incidents of car bomb and rocket attacks in addition to the various roadside bombs targeting Hezbollah convoys along the Beirut–Damascus highway.

Security agencies now have information that suggests the bombings are likely to continue on a broader and more destructive scale. It is no secret that the surge in terrorism in Lebanon is directly related to the Syrian crisis, particularly since Salafist ideologies have gained in influence in the Sunni Islamist arena in the absence of effective Sunni civic political and traditional forces.

Former Prime Minister Saad Hariri, the son of Rafiq al-Hariri, the Sunni leader assassinated in 2005, is the leader of the Future Movement, the largest Sunni party in Lebanon, but the intensity of the conflict in Lebanon led Hezbollah to oust him in a seemingly democratic coup some four years ago. This drove Hariri out of the country and into exile in Saudi Arabia, his regional ally. Hariri’s opponents and friends admit that his absence, necessitated by security concerns (as he has acknowledged on more than one occasion), has left a void in Sunni leadership, leading to the Sunnis' political frustration.

Salafist forces have exploited this opportunity to build a solid popular base within the Lebanese Sunni community. By contrast, other Sunni leaders, such as interim Prime Minister Najib Mikati and Prime Minister-designate Tammam Salam, who hails from a prominent Sunni political family, have been unable to prove their worth and fill the civic leadership void resulting from Hariri’s departure. Hariri insists he will return to Lebanon, but not before a change in the prevailing conditions, which, from his perspective, are characterized by the heavy-handed hegemony of Hezbollah and the Syrian security regime over the country’s political scene.

While the Sunnis are experiencing the spread of Salafism within their ranks, Lebanon’s Shiite community is undergoing political polarization, with lopsided favoritism toward Hezbollah and its ideals, which, politically and ideologically, are tied to Iran’s theocracy. At the other pole is Nabih Berri, the speaker of Lebanon’s parliament, whose stance is viewed as less extreme than Hezbollah's. Berri still has a considerable following among swaths of the Shiite community, but his popular base and the size of the organization he heads, the Amal Movement, are not even one-fourth of Hezbollah’s. Furthermore, and fundamentally, it appears that Berri’s political stances are driven by those of Hezbollah, either out of conviction or necessity, as a result of his being forced to take into account his stark disadvantage in the balance of power vis-a-vis Hezbollah among the Shiite populace.

Thus, Lebanon now suffers from a two-pronged dilemma: the overabundance of power held by Hezbollah (which is, as noted, Iran's ally in Lebanon), and Sunni frustration being exploited by Salafist factions and exacerbated by a weakened Sunni political leadership (Saudi Arabia’s ally in the country). In light of the Saudi-Iranian cold war raging in various parts of the region, the Salafist Sunni forces have found a role to play in rectifying the imbalance of power between Sunnis and Shiites in Lebanon. The manifestation of this Salafist role, however, is not always political, as some among the factions believe there is a need for jihad (holy war) to express their animosity toward Hezbollah in Lebanon, in the same way they are expressing their animosity toward the Assad regime in Syria. What makes the situation politically logical is that Hezbollah and the Salafists are already battling each other in Syria. The spread of their military confrontation into Lebanon has become a fait accompli, despite the persistence of some Lebanese voices that continue to extol the need for Lebanon to distance itself from the Syrian conflict.

Besides the terrorist attacks that have plagued Lebanon for months as a result of the increased level of Salafist and Hezbollah participation in the Syrian fighting, Sunni-Shiite tensions are rising, particularly in light of the absence of effective Sunni leadership. The wave of hundreds of thousands of Syrian and Palestinian refugees who have entered Lebanon from Syria are a source of increased social tensions, which in turn, have become another source for the spread of sectarian hatred. The latest estimates by the United Nations High Commissioner for Refugees indicate that every one in five residents in Lebanon is a Syrian refugee. This means that from a political, economic and security perspective, the country's demographics have become intrinsically tied to Syria’s demographic composition and the repercussions of the war in Syria on them.

Further complicating matters in this regard is that most Syrian and Palestinian refugees entering from Syria now live in abject poverty in the shadow of official indifference to their plight. Their misery is fertile ground for extremist factions to exploit in recruiting for jihadist operations against Hezbollah. This is of particular concern since some of the Salafist groups consider jihad against Hezbollah to be a religious duty that all Sunnis must perform to lift the injustice they are suffering in Lebanon and Syria.