In a speech on Dec. 20, Hassan Nasrallah warned of the grave implications an increasingly volatile Sidon could have for the whole of Lebanon. 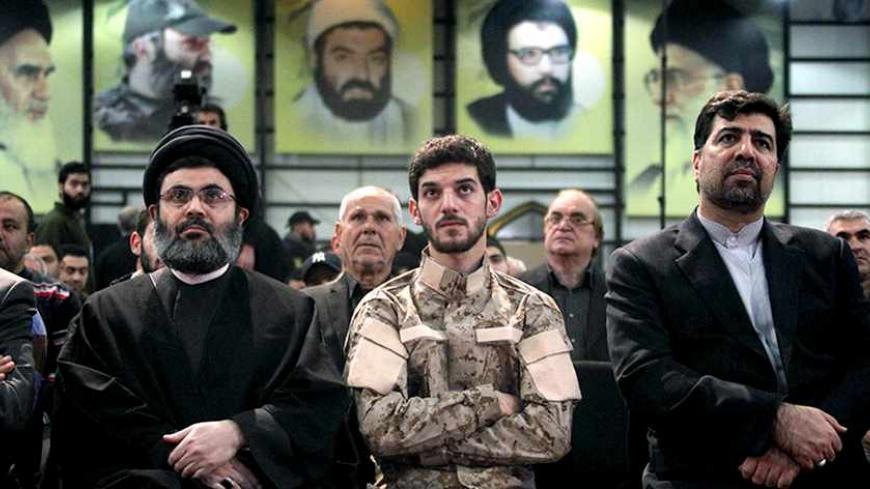 In his speech on Dec. 20, Hezbollah Secretary-General Hassan Nasrallah mentioned the security incident that occurred in the city of Sidon a few days prior — an important point to note. Regarding this incident, official Lebanese army sources confirmed that on Dec. 14, two suicide bombers, one of whom was a Palestinian national, attacked an army checkpoint at one of Sidon’s entrances, leading to the death of one army officer. As a result, the army conducted a series of raids in the area while the Ain al-Hilweh Palestinian refugee camp held a very tense funeral for the alleged suicide attacker.

In Nasrallah’s characterization of the incident, it is worth noting that he painted it in a much more accurate and sensitive manner. “No one can take the recent attacks against the Lebanese army and its checkpoints lightly. You are well-aware of the charged communal and sectarian climate that exists in the country and the city of Sidon as well as the [partisan and sectarian] affiliation of the young men who died. No one can underestimate the seriousness of what occurred, because ideologically — and everyone knows what I’m talking about — intellectually, morally and spiritually, the facts surrounding the incidents are very serious. This was more serious than the Iranian Embassy bombing or the planting of car bombs in the Bekaa [Valley], Beirut or the southern suburbs. It was even more serious than the launching of rockets against Hermel. This is much more serious. The incident was very alarming, because it could herald a new course [of events].”

Many people failed to pay attention to the revealing nature of these words. How could a single incident carried out by two people be more serious than the twin suicide attack against the Iranian Embassy in Beirut? And why did he say that this “could herald a new course?”

Sources close to Hezbollah revealed to Al-Monitor that the issue is related to Hezbollah’s reading about the true objectives of jihadist factions in relation to Sidon. According to that reading, those who attacked the army checkpoint, those who intentionally wanted the two suicide bombers who targeted the Iranian Embassy in Beirut on Nov. 18 to be a Lebanese citizen of Sidon and a Palestinian refugee living near the city, and those who wagered on the Salafist Sheikh Ahmad al-Assir in Sidon — before he was forcefully defeated by the Lebanese army on June 23 — all belonged to the same faction. Their goal has been to cause internal sectarian strife, made even worse than a possible Sunni-Shiite one, by the addition of a new denominator, namely the Palestinians residing in Lebanon’s refugee camps. More importantly, they have contrived their plans to make it so that the strife erupts in a geographically sensitive and deadly location.

These same people close to Hezbollah explained that all these security and terrorist incidents effectively revolve around Sidon. The main objective of the perpetrators is to transform this doorway to the Lebanese south into one that resembles the northern city of Tripoli, where security incidents have been intermittently ongoing since May 2008. In Tripoli, 19 rounds of violence have so far been recorded, resulting in the death of over 170 people and the wounding of 1,200. According to the same sources, Hezbollah’s reading of events is that the jihadists and terrorists who are now targeting Sidon consider it to maybe possess all the components needed to be transformed into a “second Tripoli.” The city is predominantly Sunni, with a Shiite minority living in the Haret Saida neighborhood, just like the Alawite Jabal Mohsen neighborhood of Tripoli.

As such, Sidon’s Shiite neighborhood could be forced to play the same role played by the Alawite neighborhood toward the same nefarious goals. Furthermore, just as Tripoli is host to the Palestinian Badawi refugee camp, where fundamental elements can be mobilized, Sidon plays host to the Ain al-Hilweh refugee camp with one difference: The latter is the largest Palestinian refugee camp in Lebanon and home to a preponderance of Sunni extremist militants. Last is the geographical dimension required to secure the battle’s sensitive strategic depth. Just as Tripoli extends toward the predominantly Sunni Akkar region, adjacent to the Syrian border, Sidon is adjacent to the predominantly Sunni Iqlim al-Kharroub, which connects to the central Bekaa region, the other area of Sunni fundamentalist tensions near the Syrian border. It should be noted though that the supposed connection between Sidon and the aforementioned areas is predicated on safe passage through areas controlled by Druze leader Walid Jumblatt. For some, this explains the recent political tensions between Jumblatt and the Sunni Hariri camp. For the former is trying to distance himself from the sectarian conflict inside Lebanon or Syria even, while the other parties are trying to attract him to their respective camps.

Most importantly, however, in understanding Nasrallah’s cautionary note pertaining to this flashpoint, is the realization that Sidon, contrary to Tripoli, is the gateway to the south. This means it is the only road leading to the border with Israel. In addition, it is the natural geographic region that divides the predominantly Shiite areas of the south, Beirut’s southern suburb and the northern Bekaa Valley. Therefore, transforming Sidon into a jihadist center, even if through a tactic predicated on unremitting tensions similar to the one adopted in Tripoli, may be a red line for Hezbollah — as a Shiite entity and as an armed resistance movement. For all these reasons, Nasrallah clearly and unequivocally said on Dec. 20, “Let no one underestimate this issue. It is extremely serious!”