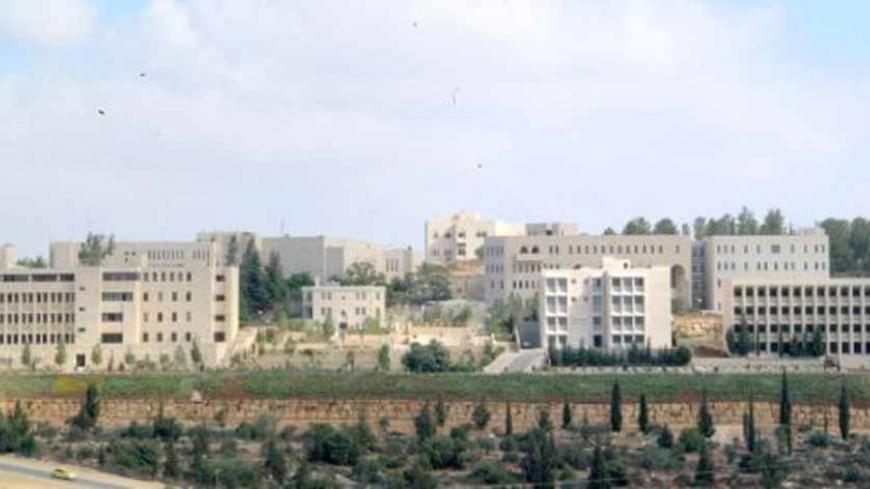 The American Studies Association, in voting for a boycott against Israel, claimed there was "no effective or substantive academic freedom for Palestinian students and scholars under conditions of Israeli occupation" — a statement strongly disputed by others. Here, Birzeit University near Ramallah is seen in 2007. - Hanna Kreitem 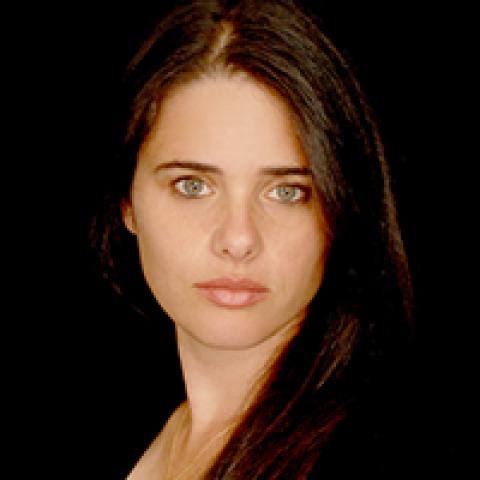 On Dec. 16, the media published stories about how an organization — a negligible one, it should be noted — called the American Studies Association (ASA) decided to adopt an academic boycott against Israel to express, in its words, identification with Palestinian students deprived of their academic freedom. Anyone who is well-versed in Israeli-Palestinian relations understands that this is total nonsense. Academic institutions in the Palestinian Authority are free in terms of subject matter and research as well as extracurricular activities, so much so that they organize protests in support of bombing Israeli children — not behind closed doors but on campus lawns in front of the lecturers, students and cameras.

It should be noted that the US State Department issued an immediate condemnation and rejection of the boycott. But one should not treat this case lightly because it is the first time that such a large US organization joins the Palestinian Boycott, Divestment and Sanctions (BDS) campaign against Israel.

The decision by the ASA, which numbers 5,000 lecturers and professors, was adopted in an Internet vote in which a quarter of the organization’s members took part. Two-thirds (66%) voted in favor of imposing a boycott on Israel’s academia. It should be noted that no American university or college joined the boycott.

So how are educated American academics taken in by this pack of lies?

I believe that the main reason for this is that the Israeli government, which invests a lot of money in its defense budget, has still not understood that public diplomacy is the new battlefield and that money and resources must be invested to repulse the wave of incitement and lies spread about it around the world.

The battlefield of public diplomacy is far more important today to the existence of the State of Israel than a tank battalion or an Apache squadron.

Many pro-Palestinian organizations in the world, and in Israel, seek to hurt Israel using the framework of quite successful ''public diplomacy'' offensives. They do it by calling for an academic and economic boycott of Israel and by presenting petitions against Israel Defense Forces (IDF) soldiers and heads of the security forces. These organizations enjoy a great deal of power and invest millions of euros in their incitement activity — a sort of a “new anti-Semitism.”

What is the source of the money, you ask. Well, it comes from private donations, but a more significant part originates in European countries, in general, and the European Union, in particular.

Israel, which contrary to the ASA’s claims believes in very broad freedom of speech, does not ban calls for boycotts or petitions against IDF soldiers. This safeguarding of freedom of speech has led to an absurd situation in which foreign states damage Israel’s sovereignty with a heavy hand by funding anti-Israeli — not to mention anti-Semitic — organizations, while Israel stands by unable to respond.

To contend with this absurd situation, I proposed, along with Knesset member Robert Ilatov, an amendment (No. 1672) to the internal revenue bill (support by a foreign diplomatic entity for Israeli nonprofits), known by the media as the "NGO bill.”

In a nutshell, this bill determines that any donations received by Israeli nongovernmental organization (NGOs) from a foreign diplomatic entity will be levied a 45% tax, if the NGO in question — be it in its charter or the actions taken by the organization or by its managers — corresponds to one of the five criteria specified in the bill:

The proposed bill was met with a cold shoulder by the Israeli left, including Justice Minister Tzipi Livni, for allegedly being “anti-democratic.” It is being portrayed as a measure that will damage Israel’s international standing because according to those objecting to it, such a bill supposedly curtails freedom of speech and will thus not be acceptable to European countries and the United States.

If critics of the legislation, most of whom did not take the trouble to read it, had looked into the legal state of things in other countries, they would have been surprised to find that the proposed law is much more lenient than similar bills in Western countries.

Under the French penal code, for instance, the penalty for contacting a foreign government or organization with the intent of provoking hostile activity against France is 30 years in jail and a fine of 450,000 euros ($616,000). It is important to note that according to French law, activity that leads to the condemnation of France by foreign states also comes under the heading of “hostile activities.” In other words, what leads in France to 30 years in jail will lead in Israel to a 45% tax.

Another example is the United States, with its foreign agents' legislation. According to this law, any US organization receiving funds from a foreign government is considered a foreign agent (with some exceptions), and is thus required to register with the federal Justice Department. This provision is deemed essential to ensure transparency in all that concerns the intervention of foreign countries in the internal affairs of the United States and prevention of hostile activity by foreign states on US soil.

The US Supreme Court, known for its zealous protection of freedom of speech, went even further. In the 1983 Bob Jones University v. United States lawsuit, the Supreme Court stated that in the case of an organization promoting policy that is clearly “contrary to a compelling government public policy” the government is entitled to annul the organization’s tax benefits, and such a step does not constitute a curtailment of freedom of speech or of any other constitutional right.

One of the phenomena which the proposed bill wishes to address is funds transferred to groups actively working against the State of Israel and its representatives. These NGOs cause Israel significant international damage, in general, and to Israeli soldiers, in particular, by helping draft petitions presented to various European courts.

One such example is the significant contribution of the Adalah organization to the Goldstone Report — Israel is still dealing with the fallout from that document. Another example is the expert opinion provided by the organization in a petition presented to a Spanish court against senior Israeli defense officials. The proposed bill seeks to curb the ability of foreign entities to influence activities of this kind.

To all the critics defending freedom of speech shall we say the following: There’s no doubt that freedom of speech is one of the most critical components of democracy. It is important to stress that the ''NGO bill'' does not ban any kind of expression. What does it aim to do? This bill seeks to bring Israel back from a self-punishing course to sane conduct, devoid of self-hate, just like United States and France have done. And this, my friends, is what matters most to assure the continued existence of the State of Israel.