The vote by the American Studies Association to boycott Israeli academic institutions is a protest that should be heard at the highest levels of the US government. 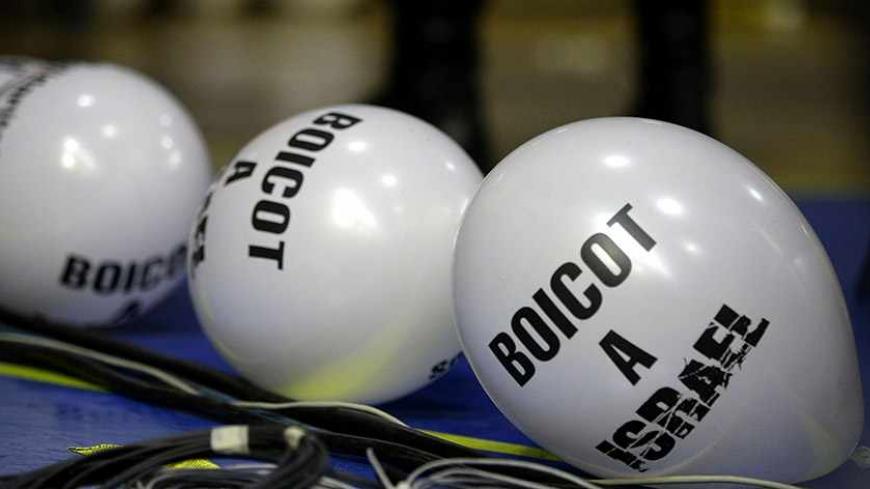 Balloons are painted with the phrase "Boycott Israel" in Barcelona, Feb. 5, 2009. - REUTERS/Gustau Nacarino

On Dec. 15, the members of the American Studies Association (ASA) voted 66% in favor of endorsing the ASA National Council resolution to boycott Israeli academic institutions in protest of Israel’s treatment of Palestinians.

The council applied standards predicated on evidence of institutional discrimination and made a gesture of solidarity with scholars and students deprived of their academic freedom in the hopes of expanding this kind freedom for all, including Palestinians.

The ASA further criticized Israeli universities for “being complicit” in the repression of Palestinians, although many professors in the Israeli academic community show a commitment to human rights.

This resolution represents a commitment to objectivity, and serious research went into determining the committee's decision. This is what is expected of academics.

One of the roles of professors is to communicate knowledge to society in the service of enlightenment. This is also the role of the National Council.

Of course, Ron Dermer, Israel's ambassador in Washington, denounced the ASA's boycott, claiming that “Israel is the sole democracy in the Middle East.”

Democracy? In Israel, where institutional discrimination of Arab citizens is well established and documented? Democratic states do not pursue policies of creeping settlements in occupied areas, do not deny the right of refugees to return to their homes, do not build walls inside occupied territories and do not defy international law and all the UN resolutions pertaining to the Palestinian issue.

When democratic states for any reason, justified or not, occupy another national entity and fail to acknowledge that they are an occupying authority and are thus bound by the articles of the Geneva Convention, one has to rethink defining the term "democracy."

The pro-Israeli groups and individuals who declare any criticism of Israel as “anti-Semitic” are resorting to a cheap distortion and a deliberate attack on people who are merely impartial. Furthermore, attacking Jewish professors and others inside and outside of Israel who uphold the legitimate rights of the Palestinian people as “self-hating” Jews is not democratic, but outrageous.

Authentic democracy emerges from a commitment to human empowerment irrespective of race or religion. People like Noam Chomsky, Richard Falk and thousands of Jewish citizens everywhere — including in Israel — who are deeply sensitive to the suffering of the Palestinian people and committed to uphold their rights of self-determination, argue that policy and decision-makers in the United States need to seriously consider the moral significance of the decision by the ASA and other academic organizations to boycott Israeli academic institutions.

Former Knesset member Avraham Burg said of the resolution, “Okay, so a couple of Israeli researchers will not be invited by a couple of American researchers. That for me is awful, because the academic community is the last one with the freedom of thought and freedom of expression." Mr. Burg, that is exactly why the ASA endorsed the resolution!

It is hoped that this significant development will open discussions, debates and healthy dialogue among the American people and translate diplomatically to an ultimate reduction in US vetoes in the UN Security Council.