As possible elections to replace Lebanese President Michel Suleiman loom in May, the head of state shows his resoluteness to fulfill his duties. 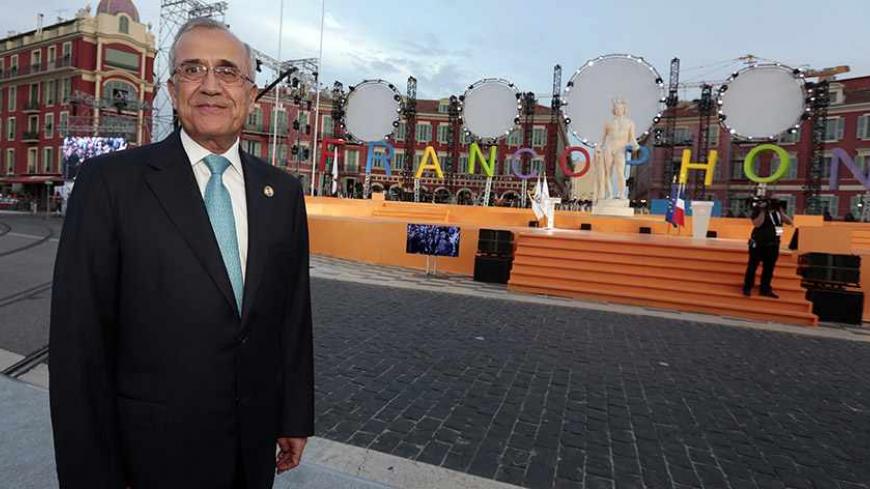 The end of President Michel Suleiman’s tenure is drawing near, but there is nothing on the horizon that suggests a new president can be quietly and officially elected in accordance with the Lebanese constitution and on the dates set for May 2014. Moreover, given the lack of hope for forming a government that might be able to relieve this tiny country’s administrative state of paralysis, the spotlight has fallen on the current president in an attempt to determine what his next steps might be as Lebanon slowly heads toward a vacuum.

Suleiman does not have many options, but the responsibility entrusted to him is considerable. The post-Taif president does not have absolute powers. For instance, he cannot dissolve the parliament or call for early elections. Moreover, the decree on forming governments requires, in addition to his signature, the signature of the prime minister-designate. That said, the presidency has become the only functioning institution within the paralyzed body of the Lebanese republic, evidenced by the inability to form a government and the quasi-stagnation of the parliament, whose achievements of late have been limited to the renewal of its term and disruption of the judicial branch, in particular, the Constitutional Council because of its deference to the will of political forces.

The most important variable may be that during the twilight of his reign, the president has become less beholden to the necessities of consensus and reconciliation among all political groups and more fixed on the components of national sovereignty. This partly explains the tone he has recently adopted, especially his critical statements regarding Hezbollah’s policies and its military involvement in the war in Syria. At first glance, this escalation may simply seem biased, but a second look shows that the president is trying to restore some balance to the Lebanese political scene, especially after the collapse of the March 14 camp at the feet of Hezbollah’s surplus military power, which has thrown everything off-kilter.

Finding a balance between the political forces and the sects is the golden rule for creating a well-ordered political scenario in a country originally based on diversity and consensus among its components. This is how one must try to understand this presidential repositioning, which is based on an international safety net that emerged during a meeting in New York last fall. Those present agreed on the political principles laid down by Suleiman, especially concerning Baabda Declaration statements on the need for Lebanon to be impartial and steer clear of the policies of the axes and conflicts plaguing the Middle East.

The International Support Group for Lebanon recently revived its diplomatic activities and organized conferences to support Lebanon and its institutions in European capitals at the beginning of 2014, before the presidential elections. Some conferences will focus on assisting the Lebanese army, while others hope to find ways to fill the country's political vacuum and resuscitate its legitimate institutions.

On the one hand, these friends of Lebanon can sense the danger from the spillover of the Syrian war onto Lebanese territory and grasp the gravity of the Syrian refugee tragedy, as well as the repercussions of the Syrian crisis on the stability of the region. On the other hand, they realize that the Lebanese crisis overlaps the ongoing conflict with Iran, even though the latter has recently chosen the path of negotiation. Perhaps for these reasons, Suleiman is faced with a campaign led by the March 8 coalition, which appears intent on launching a preliminary attack against decisions the sitting president — backed by Arab, international and internal popular support for his latest stances on sovereignty — might make. Will the president form a government in compliance with his beliefs and in fulfillment of his duty to abide by the constitution and carry out his responsibilities? Will he impose this government on the conflicting parties?

Suleiman has reiterated his unwillingness to extend his term. In this respect, he has nothing to lose on a personal or presidential level. Better yet, any move he makes to abide by the constitution and national institutions, and to exercise the powers vested in him, is in his interest, as is any word he utters that reminds people of the requirements of national sovereignty. It also gives him more credibility and better enables him to take the most important step — saving the republic from a complete vacuum.

As a result, Suleiman has been clinging to an extra card — time. He might let time take its course, or "Il faut laisser le temps au temps," as the late French President Francois Mitterrand used to say before making a final decision with the prime minister-designate and issuing a decree to form a prospective government.

Tme is, indeed, needed, but the aim is not to use it to reach consensus. If that were possible, it would have happened during the last nine months. Rather, time is needed to push each person to face up to their responsibilities and to pressure all the parties to meet their duties.

Time is also needed to make a decision that will not get everyone’s consent. Yet, this decision will allow the president to stay true to his oath, save the republic from a vacuum and avoid the transfer of presidential powers to a government that has in fact resigned. It is a government that has lost all the components of legitimacy. Otherwise, it would not have resigned.

Some time is needed, but it is not enough for Suleiman's opponents to attack, unless they have decided to resort to a burdensome coup d’etat or other military operation in a more than critical historic moment. It is a moment when everyone is well aware of the price of strife and coups, which usually backfire.