Was Jesus a Palestinian, a Jew or both?

The Israeli Foreign Ministry was quick to respond to Palestinian President Mahmoud Abbas' claim that Jesus was Palestinian. 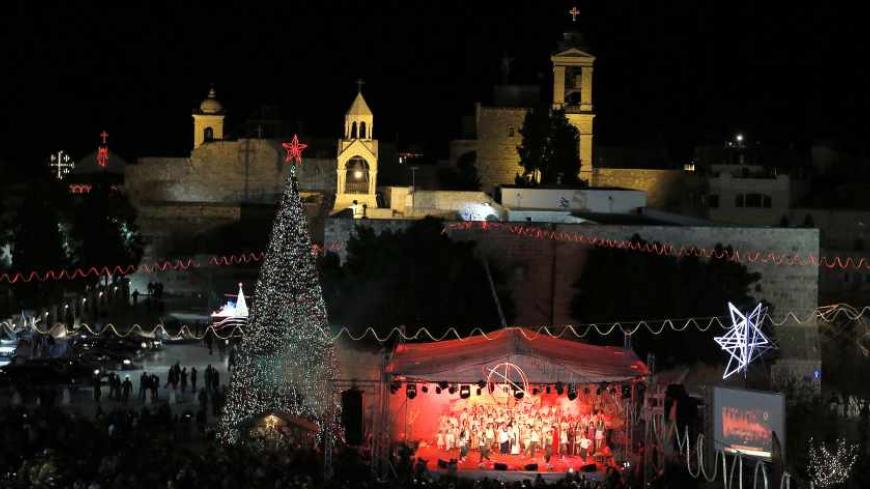 The Israeli Foreign Ministry was quick to reply to the Christmas message of Palestinian President Mahmoud Abbas. They were angry that Abbas, who attended Christmas Mass in the Church of Nativity with High Representative of the European Union for Foreign Affairs and Security Catherine Ashton, laid claim to the birth of Jesus.

Abbas followed many other Palestinians in saying that Jesus, born in Bethlehem, was Palestinian. Israelis, who refused a request by a Palestinian Israeli parliamentarian to have a Christmas tree at the entrance of the Knesset, angrily refuted the Palestinian claim. The spokesman of the Israeli Foreign Ministry, Yigal Palmor, called Abbas’ claim “rewriting Christian history,” petitioning the Palestinian president to read the Gospels.

Figuring out who Jesus was depends on how you categorize identity. For Palestinians, anyone who was born (or whose ancestors were born) on the geographic areas between the Jordan River and the Mediterranean Sea is Palestinian. While many nationalities have lived in historic Palestine, including Canaanites, Jabusites, Romans, Israelites, Ummayads and others, the term Palestinian is used in an all-encompassing way.

While Israeli officials mocked Abbas and said he "needs a hug from Santa," they didn’t lay "Jewish" claim, even though Jesus was historically and Biblically known to have been born to a Jewish family.

Assigning a specific nationality or identity to Jesus, however, might not be the best way forward for a people who are seeking a worldly state devoid of a religious identity. Palestinian nationalists have for years attempted to separate religion from politics and have sought a secular state. In recent years the idea that the Palestinian state might have Jewish citizens has been discussed. Although Palestinian officials have been vocally opposed to Jewish settlers continuing to live on confiscated Palestinian lands, some have agreed that it would not be totally unacceptable to have Jewish citizens in Palestine so long as they agree to abide by Palestinian law. Judaism is seen by Palestinians as a religion and not a race, so it is easy to combine a national and religious identity.

So from an Arab perspective, in the world there are Russian Jews, European Jews, American Jews, Argentinean Jews, Iranian Jews, Moroccan Jews, Iraqi Jews, Egyptian Jews, Yemeni Jews and, yes, Palestinian Jews. They all exist whether in their country of origin or living around the world, including in Israel. In fact, a large number of Jewish Israelis today are of eastern origin. Generally referred to as Sephardic Jews, they have their own separate chief rabbi and have voted regularly in recent years for a Sephardic party, Shas. Some publicly insist that they are Arab Jews.

In fact, the leading Palestinian faction, Fatah, has often prided itself on being open to Jews. One of its members, Uri Davis, was elected recently to the Fatah Revolutionary Council. Both late leader Yasser Arafat and Abbas have often hosted delegations from the anti-Zionist Neutrei Karta movement, whose members publicly call themselves "Palestinian Authentic Jews."

Palestinians, whether Muslims, Christians or Jews, have been calling for years for freedom and independence in a secular democratic state. This call has been amended in recent years to the two-state solution, which assumes a separation of peoples and land. The rise and fall of religious fundamentalism has for years dogged the people of the region, which is why leaders on both sides are making claims and counter claims about the identity of Jesus Christ.

So to answer the question, yes, Jesus, the prince of peace, was born to a Jewish family, and yes, he was born in the Palestinian town of Bethlehem. Jesus can be both Jewish and Palestinian.