While commemorating over four decades of relations, Russia seeks to strengthen cultural ties with Palestine. 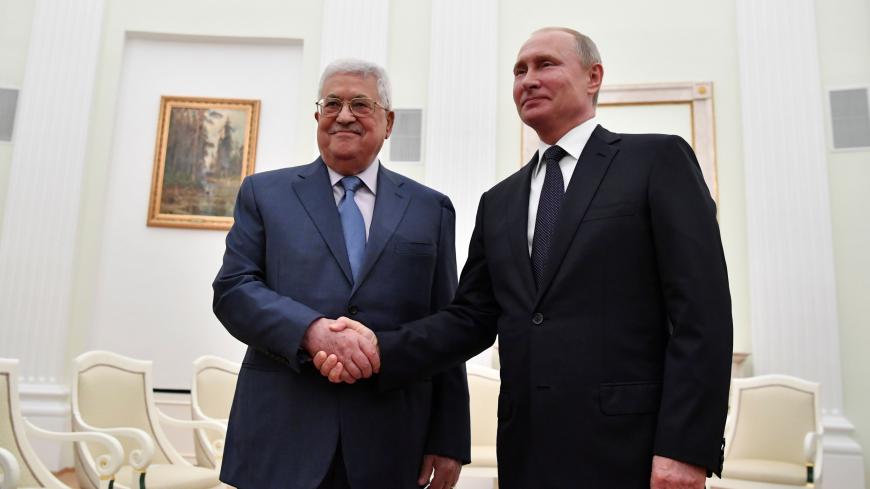 Russia and Palestine are celebrating the 45th anniversary of their diplomatic ties. Palestinian President Mahmoud Abbas, in an interview with Russian journalists on the eve of the anniversary, said Russia is "one of the main friends of the Palestinians."

"We were completely satisfied with how our relations were developing — first with the Soviet Union and then with the Russian Federation. They have always been smooth and have never — either in the Soviet era or now — undergone any changes," he said.

"We do not need to specifically turn to it for support on international platforms since it has always stood and still stands on the side of our people," Abbas added.

Bilateral relations are believed to have been formally established in 1974, when the PLO opened an office in Moscow. However, the PLO and the USSR had first made contact several years earlier. In 1968, Gamal Abdel Nasser, president of the United Arab Republic, introduced Yasser Arafat to Soviet leaders during a visit to Moscow.

Prior to the collapse of the Soviet Union, the Palestinians and the Palestinian issue were part of Moscow's ideological battle with the West. Soviet relations with Israel were severed in 1967 after the outbreak of the Six-Day War. The developments put the finishing touches on the fault lines between the two superpowers in the Middle East. Following the collapse of the Soviet Union and the exodus of Soviet Jews to Israel in the 1990s, Moscow's relations with the Jewish state rapidly evolved. Contacts were cultivated at various levels, from business and politics to culture. Moreover, despite differences over the Middle East, the two countries engaged in close cooperation on security issues.

In the meantime, Russia sought to adopt a balanced and distanced approach to the Palestinian-Israeli settlement. It refrained from rabidly lashing out at Israel's actions — in the Soviet manner — but consistently adhered to UN Security Council resolutions. One might well say that Moscow turned into an ideal cosponsor of the Middle East peace settlement if the Palestinian-Israeli negotiations were still relevant on the international agenda. However, progress in the matter is nowhere to be seen nowadays.

Moscow is fully aware of that, but it is not going to abandon its intermediary’s mission, in sharp contrast to the Donald Trump administration's bid to alter the already established framework for the Middle East settlement.

Dmitry Polyanskiy, the first deputy permanent representative to the UN, commented on the Trump administration’s decision not to consider the Jewish settlements in the West Bank "illegal," stating that "the US has taken another step to undermine the entire set of the agreed arrangements. It is apparent to us that it will aggravate the already tense situation in the Palestinian-Israeli peace process."

Moscow had a similar response to the US recognition of Jerusalem as the capital of Israel and of Israeli sovereignty over the Golan Heights. However, the only tools Moscow has at its disposal to exert influence on the Palestinian-Israeli conflict are its public statements and its backing of the Palestinian stance at the UN Security Council. Its attempt to mediate the inter-Palestinian reconciliation process did not bear fruit either. Moscow can hardly be blamed for not trying hard enough. No one has managed to reconcile the Palestinians so far.

In addition to traditional diplomacy, Moscow is cultivating the "spiritual" aspect of its bilateral relations. Orthodoxy has actually substituted the ideological component, which vanished after the collapse of the USSR. The religious component is also needed as a solid basis for substantiating Russia's interest in the Palestinian issue and the Middle East as a whole. Moscow is playing the card of the defender of Christians, its long-forgotten role. The history spanning more than a century is replete with numerous events, including the struggle with the Ottoman Empire and intrigues with the West. And it is not just the “let bygones be bygones” principle, as historical memory profoundly shapes the current strategy of Russia’s political establishment.

In 2012, Vladimir Putin attended the inauguration of a house for Russian pilgrims at the baptism site of Jesus Christ. Putin initiated construction when Jordanian King Abdullah II handed over a 1-hectare plot of land in 2006 to the Russian Orthodox Church for free and perpetual use. In 2012, the land became Russia’s property.

In Jericho, Russia sponsored the building of a museum and park complex on its land. The website cites professor Leonid Belyaev contemplating the importance of studying Palestinian history: “Why do we travel so far away? It is necessary to understand that the roots of Holy Rus are traced back to Byzantium. If you do not know the history of Byzantium, you will not understand the history of Rus.” Consequently, ties with Palestine are part of Russia’s attempts to build up its own identity.

Bethlehem witnessed the opening of the Russian Cultural Center and, just as it was in the 19th century, two Palestinian schools resumed teaching Russian as early as a few years ago. In Bethlehem, Moscow also contributed to the reconstruction project in the city’s historic center, namely Star Street, which leads to Manger Square and the Nativity Church, and to the renovation of the church itself. With the street reconstruction almost complete, the Palestinian leadership hopes to see Putin at the solemn opening ceremony. He is slated to visit Israel in late January for the time being. President Abbas said that Palestinians would be happy if Putin accepted an invitation to visit Bethlehem for Christmas. A street in Bethlehem was named after Putin in 2012.

“We would like to express our gratitude to you, Your Holiness, for the support that you always give to the vitality of the Christian presence in the Holy Land and the Middle East. We also wish to express our gratitude to His Excellency, President Vladimir Putin, for his leadership and commitment to the Church in the Holy Land,” Theophilos III, patriarch of Jerusalem, said during a visit to Moscow last week.

In addition, Moscow highlights education projects as a major component of bilateral cooperation. In late 2018, approximately 608 Palestinians studied at Russian universities. Among them, 234 were working toward medical degrees.

As for bilateral economic cooperation, it is not as active as humanitarian and cultural cooperation, but it exists nonetheless. The anniversary saw the fourth session of the Intergovernmental Russia-Palestine Commission for Trade and Economic Cooperation in Moscow. Despite Russia’s historical ties with Palestine, it was not until 2015 that the commission was launched. In 2018, trade between the two countries grew by 66% to $5.05 million, owing to increased supplies of Russia’s ferrous metals, cereals, cocoa and timber products. Palestine’s exports centered on food commodities, including agricultural products.

The 2019 meeting of the trade commission produced a road map for cooperation on agriculture, education, transportation, health care and tourism. The two sides signed an agreement on the training of specialists at Birzeit University. It remains to be seen how the road map will materialize. Given the collapse of the peace process, few are hoping for a flurry of activity. In this context, cultural and diplomatic ties are likely to dominate the two countries’ cooperation in the years to come.