Hard-liners in parliament have become vocal critics of Rouhani's cabinet and have even begun the preliminary steps to have one minister impeached. UPDATED 12/10/13 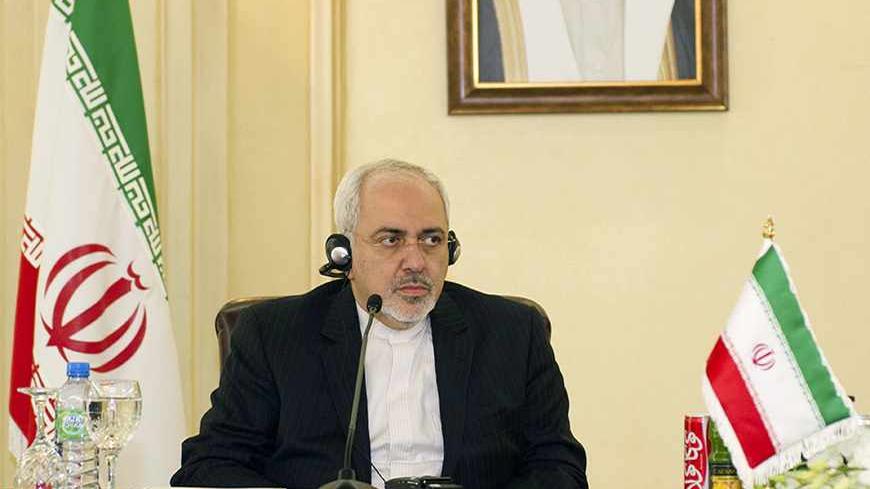 A correspondent in Tehran
December 9, 2013

TEHRAN, Iran — Fifty-three members of Iran’s parliament have summoned Foreign Minister Mohammad Javad Zarif to explain his comments that the United States can “wipe out Iran’s defense systems with just one bomb” while 20 members of parliament have gone further and asked President Hassan Rouhani to remove the foreign minister from his post. While Zarif was attempting to demonstrate that Iran’s strength comes not from its military power but from its people, conservative members of parliament are using this occasion to try to rein in the foreign minister in what is becoming an increasing assertive parliament.

Fewer than four months after the administration took office, some in the Iranian parliament, mostly dominated by the Principlists, have begun to question and criticize Rouhani ministers and have even begun the impeachment process for one minister.

The very first victim could be Iran’s economics minister, Ali Teyebnia, who was the first President Hassan Rouhani minister to receive a yellow card from parliament. Ghassem Jaffari, a representative from Bojnord, accused the head of the Central Bank of pursuing a currency policy that was not in the country's interest but rather of specific groups. When Teyebnia was called to parliament to defend the head of Central Bank's policies and recent statements, they were deemed “unsatisfactory.” If Teyebnia receives two more yellow cards, he will be automatically impeached.

Another Rouhani minister in hot water is Reza Faraji Dana, minister of science, research and technology. He became minister after Jafar Mili Monfared, Rouhani’s original candidate for the post, was denied a vote of confidence from the parliament and acting Science Minister Jafar Towfighi was also rejected by the parliament. However, almost immediately, the new minister appointed the two rejected candidates as senior advisers to the minister and deputy minister respectively. Many members of parliament felt that they were being undermined by these appointments, given that the candidates were rejected by parliament because of their support of the 2009 Green Movement, which continues to be a controversial topic in Iran.

In early October, the Iranian parliament’s Education and Research Committee threatened both Petroleum Minister Bijan Zangeneh and Economics Minister Ali Teyebnia with impeachment. On Nov. 5, hard-line parliament member and Endurance Front member Ruhulloah Hosseinian confirmed to Fars News that Zanganeh could be impeached because of the statistics his ministry had provided. Hosseinian indicated that the the oil minister was not qualified for the position.

A political analyst in Tehran tells Al-Monitor that most of the protests from parliament are political in nature and have little to do with how well the ministers are performing. “This is exactly what we call antagonism,” he said. “Instead of trying to have a constructive relationship with the administration, they constantly threaten it. It’s ridiculous that after only 100 days they want to impeach one of the ministers. They have become addicted to the impeachment process ever since Ahmadinejad took office.”

Former President Mahmoud Ahmadinejad had a very contentious relationship with parliament and some view today’s quarrels as remnants of the previous administration. In Ahmadinejad’s first term in office, the interior minister was impeached and during his second term, both the minister of roads and transportation and the minister of labor and social affairs were removed from office following impeachment by the parliament. Four other members of his cabinet also faced impeachment, but remained in office when parliament could not produce enough votes to remove them.  Ahmadinejad’s relationship with parliament reached a low point in February 2013, when the former president played an audio tape on the parliament floor of the parliament speaker's brother, implicating him in corruption. That antic is what caused his labor minister to be impeached.

However, Reformists and moderates, too, have themselves to blame for the lack of representation in this parliament. Much of what is happening now between parliament and the administration can be traced back to the 2012 parliamentary elections in which the Reformists, still seething and disorganized from the 2009 contested election crackdown, largely boycotted, leaving the parliament seats to be fought over by traditional conservatives and hard-liners, with a few minor nominal Reformists. Some Reformists, who occupy Rouhani’s cabinet are perhaps in denial that the parliament is run by conservatives while conservatives have not lost any opportunities reminding the Reformists in the administration who is in charge of the legislative branch.

This issue about questioning their legitimacy can be seen through a statement from Sadegh Zibakalam, a Tehran University professor who wrote in the reformist newspaper Aftab-e Yazd: “Can some of the MPs who are currently in Baharestan [the home of the Iranian parliament] really claim that they are the representatives of the people?” A journalist working for Shargh newspaper, who spoke to Al-Monitor on the condition of anonymity, echoed Zibakalam’s statements: “I believe that they are attacking Rouhani’s administration because they know full well that even in a semi-democratic environment, they have no chance of getting elected. Therefore, they like to keep the political situation one of chaos and tension; their only objective is to remain in power, no matter what.”

Whether questions of legitimacy are valid or not, antagonizing a conservative parliament will not help the administrations’ cause. Rouhani, for his part, has not entered this debate, and unlike Ahmadinejad, who seemed to relish even the negative attention from parliament, has gone out of his way to appease, or neutralize, this parliament in his cabinet picks. By choosing Rahman Fazli, who has close ties with Ali Larijani, the parliament speaker, for the key position of interior minister, most observers and analyst believed that Rouhani was trying to bargain with the influential Larijani so that his administration would avoid the pitfalls of his predecessor. Regardless of the current quarrels, this strategy may pay off in the end.

“It was a logical bargain,” a reformist political activist told Al-Monitor. “I don’t think that the parliament will act against Rouhani. Some of the MPs just like to make a lot of noise, especially when giving interviews. Rouhani has the backing of Larijani and more importantly, [Supreme Leader] Ayatollah [Ali] Khamenei is concerned about Iran’s problematic economy and foreign policy and does not want the parliament to create problems for Rouhani. At the same time, Rouhani is not like Ahmadinejad; he does not belittle the parliament. I don’t think there is anything to worry about. It is lots of talk and no action.”

Nonetheless, it does appear that hard-liners in parliament are eager to control the administration and given the various international challenges facing the foreign minister, including the nuclear negotiations, having to answer questions from abrasive hard-line parliament members is not how the foreign minister would like to spend his time.

On the first day of the nuclear negotiations in Geneva, the parliament published a letter, signed by 200 members, warning the negotiation team not to pass the red lines set by the parliament. Also, a new proposal, being reviewed by the parliament’s Foreign Policy and National Security Commission dominated by hard-liners, would forbid Rouhani from employing members of the parties known as the Islamic Iran Participation Front and the Mojahedin of the Islamic Revolution Organization. These two parties are the two most important reformist parties in Iran.  Examples such as this shows that Rouhani’s moderate administration, regardless of his actions, will have a tough time dealing with the Principlists in the parliament.

Ibrahim Aghamohammadi, one of the 20 MPs who had originally signed the letter, said in a later interview that they were not calling on Rouhani to dismiss Foreign Minister Mohammad Javad Zarif, and that they supported their nuclear negotiating team but wanted them to be careful about, "deviating from red lines."